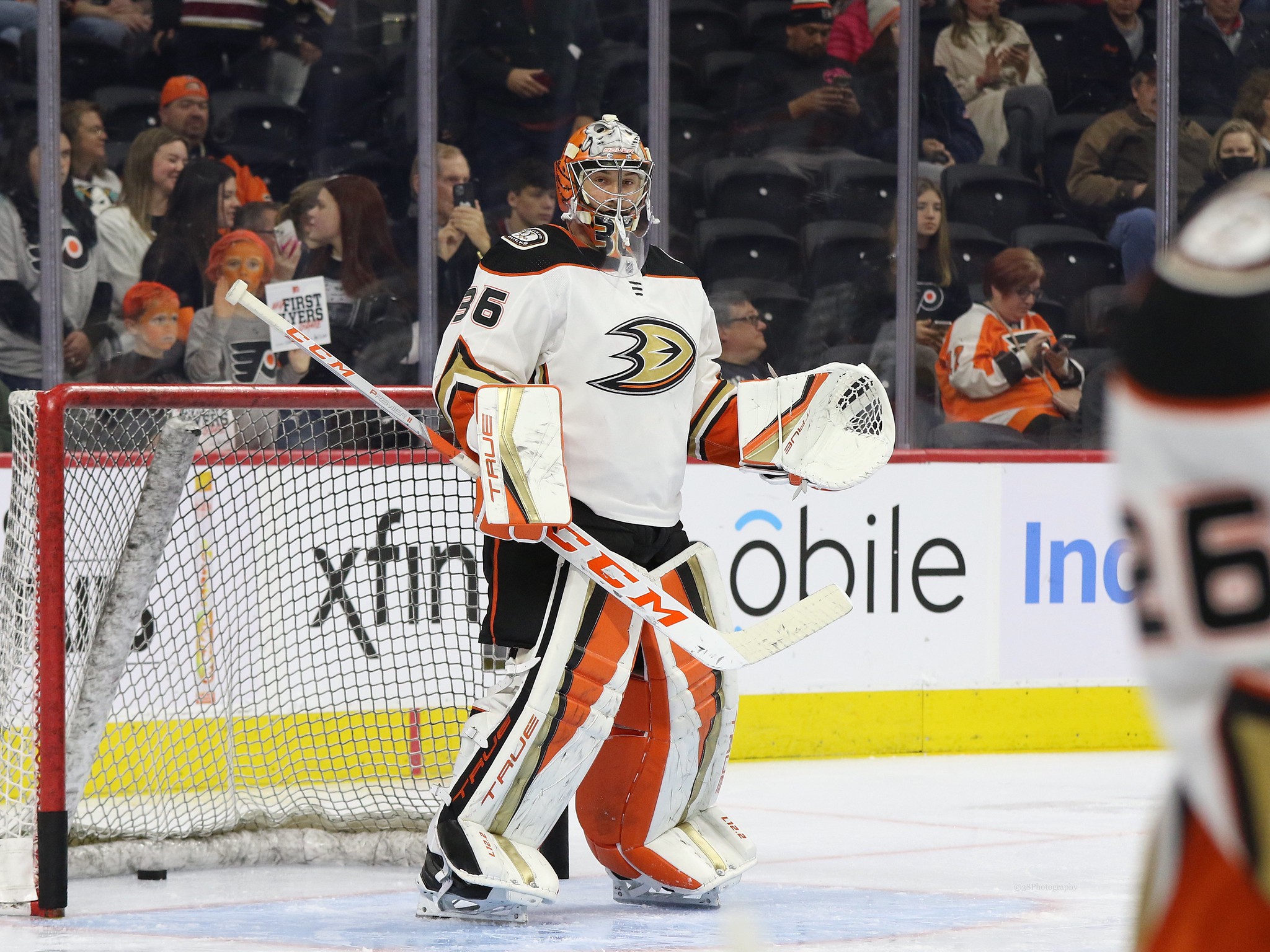 In today’s NHL rumors rundown, there are reports that Anaheim Ducks’ goaltender John Gibson would welcome a trade, but his agent has denied it. Meanwhile, one scribe who covers the Montreal Canadiens closely talked about how open they are to making trades this offseason.

Tyson Barrie is likely to be moved by the Edmonton Oilers, but what destinations make the most sense? Finally, will the Oilers buy out Zack Kassian? Who else is a buy-out candidate?

Gibson Open to Being Traded?

According to a report by Nick Alberga: “Have been hearing that Anaheim Ducks goaltender John Gibson is open to the idea of being traded. It is believed that he told the team that.” His report has been verified as accurate by a few other NHL insiders, including Kevin Weekes of ESPN and Dave Pagnotta of The Fourth Period.

Other reports note that in speaking with Gibson’s agent, Kurt Overhardt, he has denied that the two sides have had any sort of discussion about a trade. They quote him as saying, “no discussion on (Gibson’s) desire to move. There’s no truth to it.”

Regardless of who is telling the truth here, this summer will now include a ton of chatter about Gibson and him possibly being moved. He’s got a pretty large cap hit ($6.4 million) for another five seasons. That’s not going to be an easy contract to take on for some teams, especially if there is some belief that least season’s struggles for the veteran netminder were not a one-time thing.

Are Canadiens Open to Making Trades?

Marc Antoine Godin was a guest on Oilers Now with Bob Stauffer this week and talked about all things Montreal Canadiens. Among the questions Stauffer asked was whether the Canadiens might be considering a Josh Anderson trade. Godin said that anything was possible but he didn’t think so because the Canadiens know that you don’t find wingers like that out on the market very often.

Any trade the Canadiens make will have to mean a long-term benefit for the Canadiens. When someone like Tyson Barrie was mentioned — and whether he could replace someone like Jeff Petry — he thought the defenseman was intriguing but ultimately didn’t think it made sense because Barrie is not a long-term solution. The Canadiens want younger and more term. It’s the same reason he didn’t think the club would be interested in bringing back Brett Kulak. He also says that Petry has denied reports about ever actually officially asking for a trade.

Godin did think the Canadiens would be active at this year’s NHL Entry Draft. He notes that they’ll be looking for high-end prospects because they have a ton of depth in the system and that means trying to move up in the draft. He believes this new management team will be more aggressive so it could be an active draft day.

Speaking of Barrie, even if the Canadiens aren’t a great fit, there are a few teams that are said to be potentially interested. Dan Kingerski of Pittsburgh Hockey Now writes that Barrie could be a replacement for Kris Letang if he departs this summer via free agency. He would fit in seamlessly and be a less expensive option on a shorter term.

Meanwhile, Rob Simpson of Vancouver Hockey suggested that Barrie could be a good fit with the Canucks. The Canucks are going to be making some changes and Jim Rutherford is expected to put his stamp on this team. The Canucks could use some depth on their blue line, but the Oilers wouldn’t be taking back any salary in the deal as Barrie would be more of a cap dump than anything else.

Will Oilers Buy Out Kassian?

Still with the Oilers, Frank Seravalli of Daily Faceoff has Zack Kassian at the top of his potential buyout candidates board. He writes:

The Oilers are on the hunt for salary cap flexibility this summer and buying out Kassian likely represents the easiest path to clearing $2.5 million off the books for next season. Yes, there is the following season’s $1.87 million hit that makes it a little bit less palatable, but that feels like a problem to be dealt with then. No team wants ‘dead cap’ money on the books, but Kassian’s contract might prove difficult to move and Edmonton isn’t overflowing with assets to spend to do it.