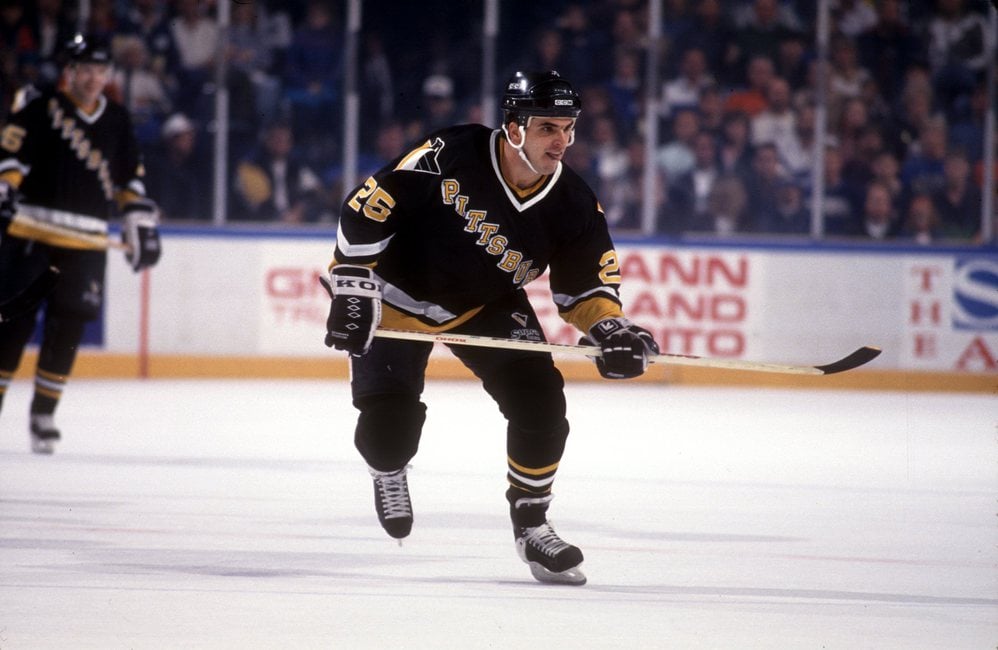 Two of the greatest dynasties in National Hockey League history hoisted Lord Stanley’s Cup on this date. May 21 has also seen some big individual performances and final games for future Hall of Famers. Let’s begin our daily trip back in time to relive all the best moments.

A Pair of Dynastic Wins

On May 21, 1979, the Montreal Canadiens won their fourth straight Stanly Cup and their sixth of the 1970s. Jacques Lemaire scored a pair of goals in the second period, including the game-winner, in the 4-1 victory over the New York Rangers, in Game 5 of the Stanley Cup Final. The Canadiens’ defense held the Rangers to just four shots on goal in the third period and 15 for the entire game.

This was the last NHL game for Lemaire, goaltender Ken Dryden, and team captain Yvan Cournoyer, who all retired during the ensuing offseason. Lemaire and Cournoyer won eight Stanley Cups together, with Dryden being on board for six of them.

Two years later, the New York Islanders won their second of four-straight championships by beating the Minnesota North Stars 5-1 in Game 5 of the Stanley Cup Final. Butch Goring scored two goals in the first period and was awarded the Conn Smythe Trophy, after the game, for being the most valuable player of the postseason. He finished the 1981 playoffs with 10 goals and 20 points in 18 games.

Kevin Stevens had a pair of huge games, exactly one year apart, to help the Pittsburgh Penguins win back-to-back Stanley Cups. On May 21, 1991, Stevens scored just 58 seconds into Game 4 of the Stanley Cup Final at the North Stars. Ron Francis and Mario Lemieux added on as the Penguins built a 3-0 lead before the game was even three minutes old. They evened up the series at two wins apiece with a 5-3 victory.

Stevens returned home to Boston to haunt the Bruins on May 21, 1992. He scored four goals in a 5-1 win over the Bruins in Game 3 of the Wales Conference Final. Three of his goals came in a span of just 5:55 of the first period as the Penguins took a 3-0 stranglehold on the series.

May 21, 1995, saw a full schedule of Stanley Cup playoff games with some of the biggest names in the league putting on a show. In Detroit, Mike Vernon stopped all 15 shots he saw in the Red Wings’ 6-0 win over the San Jose Sharks in Game 1 of the Western Conference Semifinals. This was Vernon’s fourth career postseason shutout and his first since leading the Calgary Flames to the 1989 Stanley Cup Final. Sergei Federov led the offensive attack with a goal and three assists.

Eric Desjardins scored twice, including the winning goal at 7:03 of overtime, as the Philadelphia Flyers beat the Rangers 5-4 in Game 1 of the Eastern Conference Semifinals. John LeClair scored the only playoff hat trick of his career.

In the losing effort, defenseman Brian Leetch scored a goal and added an assist to become the highest scorer in Rangers’ playoff history. Leetch moved ahead of Rod Gilbert, who previously held the record with 67 points. He is still the Rangers’ all-time leading playoff scorer with 89 points.

In Chicago, Joe Murphy scored a power-play goal at 9:04 of overtime to lead the Blackhawks to a 2-1 win over the Vancouver Canucks, in Game 1 of the Western Conference Semifinals. Hall of Famer Denis Savard scored the other Blackhawks’ goal before picking up an assist on Murphy’s game-winner.

On May 21, 1956, the Blackhawks purchased the contracts of Eric Nesterenko and veteran goaltender Harry Lumley from the Toronto Maple Leafs for $40,000. Nesterenko played 1,013 games with Chicago, scoring 207 goals and 495 points and winning the Stanley Cup in 1961.

Another sensible contract purchase was made on May 21, 1968, when Penguins acquired Jean Pronovost from the Bruins. He played the next 10 seasons with Pittsburgh, scoring 316 goals and 603 points.

The Red Wings named head coach Alex Delvecchio as their new general manager on May 21, 1974, replacing Ned Harkness. He would hold that position for three seasons before being replaced by Ted Lindsay.

The Atlanta Flames were sold to a group of Canadian businessmen who announced that they would move the team to Calgary, Alberta, on May 21, 1980. This was the first of two NHL franchises to begin in Atlanta, only to relocate to Canada. The Thrashers became the second reincarnation of the Winnipeg Jets in 2011, after 11 seasons in Georgia.

On May 21, 1993, Jari Kurri scored the 100th playoff goal of this career in the Los Angeles Kings’ 4-2 victory over the Maple Leafs in Game 3 of the Campbell Conference Final. He hit the milestone with a shorthanded goal in the second period.

Patrick Roy recorded his seventh career playoff shutout on May 21, 1996, as the Colorado Avalanche beat the Red Wings 3-0 in Game 2 of the Western Conference Final. Roy’s 80th playoff win tied him for second with Dryden on the career list, behind the 88 games won by Islanders’ netminder Billy Smith.

Bruins hired Pat Burns as their new head coach on May 21, 1997. Burns replaced Steve Kasper, who had been fired after the 1996-97 season ended. He went 105-97-46 in his four seasons in Boston and was let go after missing the playoffs in back-to-back season.

A year later, the New Jersey Devils named Robbie Ftorek as their new head coach. He replaced Lemaire, who had stepped down two weeks earlier. He wins 88 games over nearly two full seasons. He was fired with just nine games remaining in the 1999-2000 season. His replacement, Larry Robinson, led the Devils to the Stanley Cup that spring.

On May 21, 2000, Brett Hull had two goals, and an assist as the Dallas Stars won 4-1 at the Avalanche in Game 4 of the Western Conference Finals. Stars won despite being outshot 39-15. Mike Modano picked up three assists to become the franchise’s all-time leader in postseason helpers.

The Penguins beat the Carolina Hurricanes 7-4 on May 21, 2009, in Game 2 of the Eastern Conference Final. Sidney Crosby opened the scoring less than two minutes into the game to become the third player to score the first goal of six playoff games in the same season. Evgeni Malkin scored the first of two career playoff hat tricks in the victory.

The 2014 Western Conference Final between the Blackhawks and Kings went down as one of the best playoff series in recent memories. On May 21, 2014, the Kings staged a huge comeback to even the series at 1-1. They scored five goals in the third period of Game 2 for a 6-2 victory. They became just the second team in league history to win a playoff game by at least four goals after trailing through two periods. Jeff Carter scored a hat trick during the huge final frame.

On this date in 2021, Tuukka Rask became the Boston Bruins’ all-time leader in playoff victories as he backstopped his team to a 4-1 win over the Washington Capitals in Game 4 of their Eastern Conference first-round series.

That same night, Juuse Saros tied the Predators’ franchise record for saves in a game with 52 as his team won 5-4 thanks to a second-overtime goal by Matt Duchene. He joined Dan Ellis, who did the same thing in 2008 against the Red Wings in Game 5, except in a 2-1 loss.