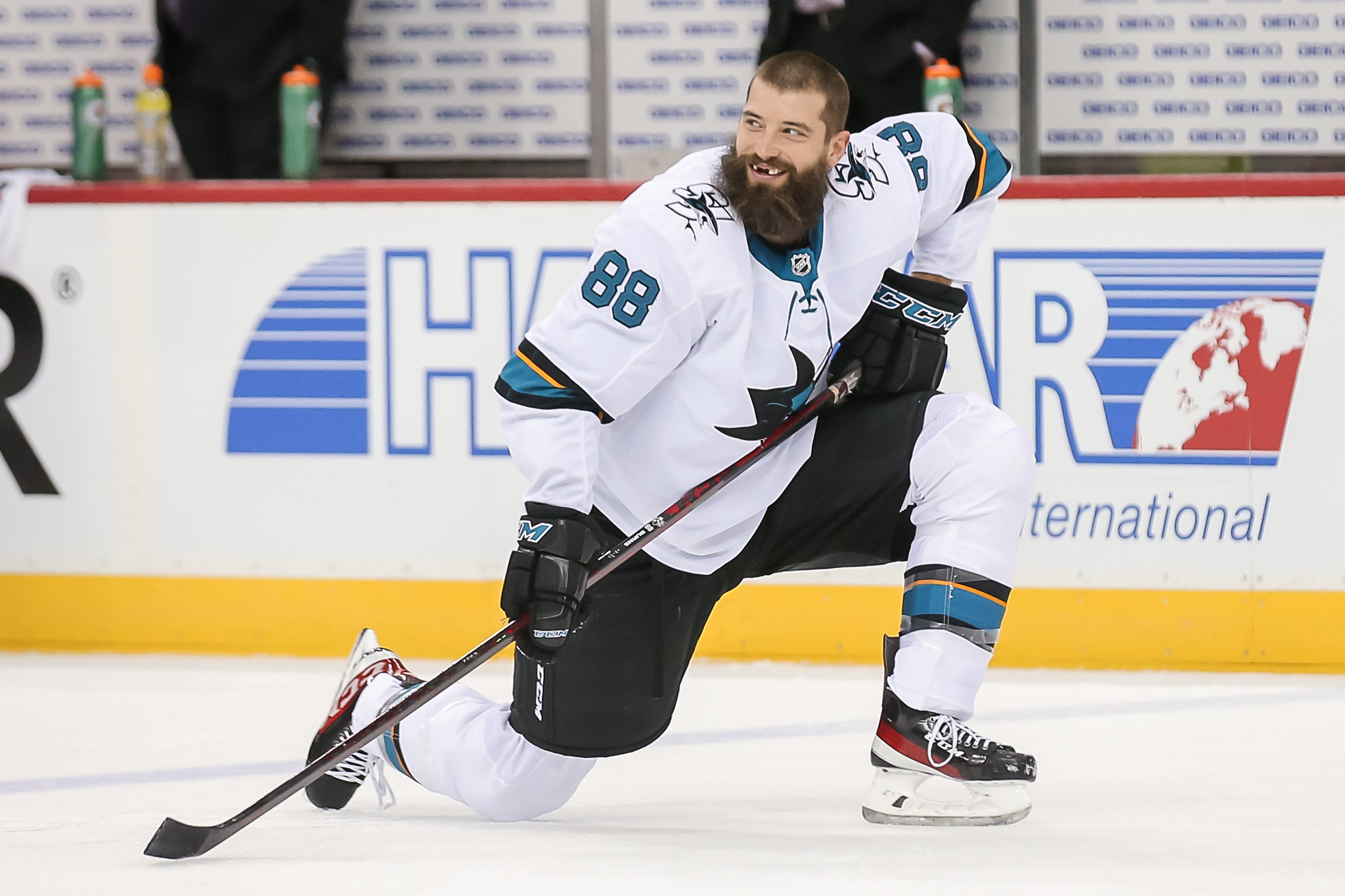 In this edition of San Jose Sharks News & Rumors, former NHLer Ray Whitney is one of many candidates the organization is considering in its pursuit of a new general manager. In other news, trade rumors continue to swirl regarding Brent Burns, as many believe he may welcome a trade in order to chase a Stanley Cup. Last but not least, goaltending prospect Strauss Mann appears to be Team USA’s starting netminder early on at the 2022 IIHF World Championship and has looked very solid thus far.

Whitney Being Interviewed by Sharks

As first reported by PHNX Sports’ Craig Morgan, the Sharks are expected to interview Whitney for their vacant general manager position in the coming days. The now 50-year-old, nicknamed “The Wizard,” enjoyed a very successful 1,330 game NHL career in which he managed 385 goals along with 1064 points. Coincidentally, his career began with the Sharks, whom he played a total of 200 games with.

Since retiring, Whitney has spent time as a scout for the Carolina Hurricanes, and more recently, he’s worked with the NHL’s Department of Player Safety. One thing worth noting is that he doesn’t have much, if any, front office experience, which may have the Sharks’ hiring brass hesitant. Nevertheless, he was able to earn himself an interview and would undoubtedly bring a wealth of hockey knowledge to the organization if he does get the job.

Despite his upcoming interview, it isn’t expected that the Sharks will announce a hiring for some time yet, as they want to make sure they find the right man for the job. Replacing Doug Wilson, who served as the team’s GM for 19 seasons, won’t be an easy task, but this group is going to do everything they can to make the right decision in order to ensure this club will have success moving forward.

In recent weeks, there has been plenty of chatter surrounding the future of Burns. While the 37-year-old is still playing at a high level, as proven by his 54 points this past season, he carries a contract that still has three years remaining on it with a cap hit of $8 million. Moving him won’t be easy, but it’s possible if the team attaches an asset and/or retains salary. On top of that, the long-time Sharks defenceman said himself recently that he may welcome a trade if it were involving a contender, as he has yet to win a Stanley Cup over his 1,251 game career.

Recently, Elliotte Friedman reported that the Sharks’ brass is considering moving him this summer, and there have been other similar sentiments from other writers and analysts around the league. One, in particular, is Corey Masisak, who also stated that the organization might look to move him this offseason, but he also acknowledged that it could be difficult to do so. (from ‘Corey Masisak: Offseason Sharks depth chart: Trade chips, roster holes, key free agents and more’ , The Athletic, 05/18/22).

Just one month ago, the Sharks announced that they had signed Mann to a one-year, entry-level contract. It seemed like a good bargain for the organization, given that the undrafted 23-year-old netminder excelled not only during his three seasons with the University of Michigan but his first as a pro this year in the SHL as well. In 22 starts with AIK Skelleftea this season, he posted a rock solid 2.19 goals-against average along with a .914 save percentage.

While his play during the 2021-22 season was reason enough for optimism, his performance with Team USA at the World Championship has given Sharks faithful even more. Not only has Mann been given the starting duties, but he has played quite well through his first three games, compiling a 2-1-0 record thus far.

What makes it all the more impressive is that he is receiving these starts over Jon Gillies, who appeared in 19 games for the New Jersey Devils this season. It goes to show just how much of a talent Mann is, and at 23, there is still plenty of time for him to improve even more.

Plenty Looming Ahead for Sharks

As it should be, it appears the first thing this organization wants to get done this offseason is the hiring of a new GM. Decisions are far from being over once that is decided on, as there are trade rumors swirling around several names, including Burns, as well as Erik Karlsson. They also have a number of restricted free agents they need to make decisions on in John Leonard, Jonah Gadjovich, Alexander Chmelevski, Noah Gregor, Jonathan Dahlen, Mario Ferraro, Nicolas Meloche and goaltender Kaapo Kahkonen, meaning it will be a very busy next few months for this club.

Colton Pankiw is a former Jr. A hockey player who now provides his knowledge of the game through writing. He’s been a very active and reliable source for nearly two years at The Hockey Writers. He is a credentialed writer for the Calgary Flames but also does features on other teams throughout the league. Other writing contributions include: Yahoo Sports, Las Vegas Chronicle, Oil On Whyte, and Markerzone.com. Colton is also a co-host of both Oilers Overtime and Flames Faceoff podcasts. Any interview requests or content info can be made through him on Twitter. Take a look at his work here.