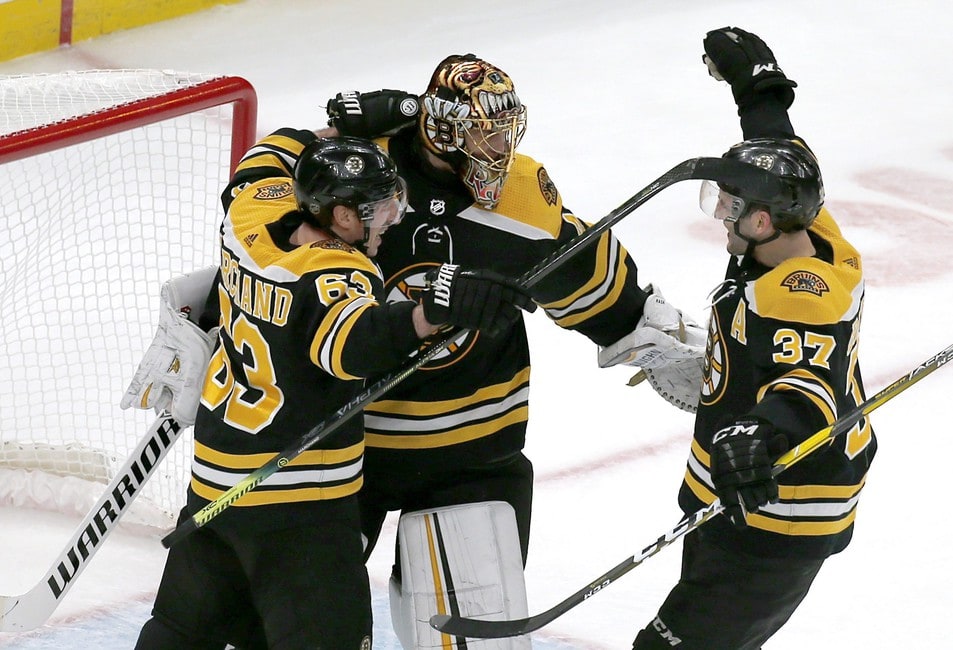 Today’s date is chock-full of great Stanley Cup playoff moments. May 13 has seen plenty of National Hockey League memories, including some epic comebacks, overtime history, and series-clinching wins. Let’s begin our daily trip back in time to relive all the best moments.

Depending on which side of the Boston Bruins and Toronto Maple Leafs’ rivalry you are on, May 13, 2013, is a date that is looked at very differently. On this date, the Bruins staged an epic Game 7 comeback that, once again, shattered the hearts of Maple Leafs fans.

The Bruins hosted Game 7 of the Eastern Conference Quarterfinal, and things were not looking good as a Nazem Kadri goal gave the Maple Leafs a 4-1 lead with 14:31 left to play. Nathan Horton drew the home team to within two goals midway through the period.

Things got interesting when the Bruins pull goaltender Tuukka Rask with two minutes to play. Milan Lucic scores with 1:22 left on the clock to cut the lead to 4-3. Just 31 seconds later, Patrice Bergeron tied the game. He won it six minutes into overtime and sent the Bruins onto the next round.

With the win, the Bruins became the first team in NHL history to win the seventh game of a Stanley Cup playoff series after trailing by three goals in the third period.

On May 13, 1971, Bobby Hull set a team record during the Chicago Blackhawks 2-0 win over the Montreal Canadiens in Game 5 of the Stanley Cup Final. His assist gave him 22 points in the 1971 postseason, which were the most ever scored by a Blackhawks player in a single playoff. Tony Esposito picked up his second shutout of the series with 31 saves to give the Blackhawks a 3-2 lead in the series.

The Canadiens were on the losing end of a Stanley Cup Final game one year later. On May 13, 1979, the New York Rangers beat the Canadiens 4-1 in Game 1 of the Final. Montreal came back with four straight wins to win the Stanley Cup for the fourth straight season.

On May 13, 1980, Denis Potvin scored the first-ever overtime power-play goal in a Stanley Cup Final. With just one second left on the man advantage, Potvin beat goaltender Pete Peeters to give the New York Islanders a 4-3 win over the Philadelphia Flyers in the opening game of the series. He also had an assist on the game-tying goal late in the third period.

Two years later, Mike Bossy became the first player in Islanders history to score 50 postseason goals. Goaltender Billy Smith earned his third career playoff shutout in a 3-0 win over the Vancouver Canucks, in Game 3 of the Stanley Cup Final. The win gave the Islanders a 3-0 lead in the series.

The Flyers earned a trip to their second straight Stanley Cup Final on May 13, 1975, by beating the Islanders 4-1 in Game 7 of the Semifinals. After Kate Smith sang a rousing version of “God Bless America,” the Flyers took over the game. Rick MacLeish scored a hat trick to avoid an epic collapse as the series needed all seven games after the Flyers took a 3-0 lead.

On May 13, 1987, Kent Nilsson scored two goals and had a pair of assists in the Edmonton Oilers 6-3 win over the visiting Detroit Red Wings in Game 5 of the Campbell Conference Final. Glenn Anderson assisted on five of the six goals as the Oilers advanced to the Stanley Cup Final to take on the Flyers.

The Los Angeles Kings advanced to a conference final for the first time in franchise history on May 13, 1993. Wayne Gretzky led the charge with a goal and two assists in a 5-3 win over the Canucks, in Game 6 of the Smythe Division Final. This was also the first time in team history that the Kings won more than one playoff series in the same season.

On May 13, 1996, Sandis Ozolinsh scored the winning goal in overtime and added an assist as the Colorado Avalanche beat the Blackhawks in Game 6 of the Western Conference Semifinals. The goal ended the Blackhawks’ season as the Avalanche continued the march to their first Stanley Cup win.

Jason Pominville made league history on May 13, 2006, as he became the first player to ever end a playoff series with an overtime shorthanded goal. His historic goal beat the Ottawa Senators 3-2 in Game 5 of the Eastern Conference Semifinals and sent the Buffalo Sabres on to the next round.

The Rangers beat the Washington Capitals 2-1, on May 13, 2015, in Game 7 of their second-round series. Derek Stepan scored in overtime as the Rangers erased a 3-1 series deficit to advance to the Eastern Conference Finals.

On May 13, 1957, Billy Reay was named the new head coach of the Maple Leafs, replacing Howie Meeker. Reay did not qualify for the 1958 Stanley Cup playoffs and was fired 20 games into the 1958-59 season. He was eventually hired by the Blackhawks in 1963, where he won 516 games over 14 seasons and took them to three Stanley Cup Finals.

Gordie Howe was named winner of the Hart Trophy as NHL’s MVP for the second straight year On May 13. 1958. This was his fourth Hart win in his career, tying the record for most, at the time, set by former Bruins’ defenseman Eddie Shore. Howe won six Hart Trophies before he retired. Only Gretzky has more, with nine.

The San Jose Sharks named Doug Wilson as their new general manager on May 13, 2003. Wilson still holds the job 18 years later. Only David Poile of the Nashville Predators, who was hired in 1997, has had a longer tenure as an NHL general manager.

On May 13, 2009, Sidney Crosby and Alex Ovechkin concluded their first playoff series against each other. Crosby scored two goals and added an assist in the Pittsburgh Penguins’ 6-2 win over the Capitals in Game 7 of the Eastern Conference Semifinals.

Head-to-head, Crosby’s Penguins have won three of the four all-time playoff series versus Ovechkin’s Capitals. Ovechkin has 15 goals and 33 points, while Crosby has 13 goals and 30 points.

*Originally constructed by Greg Boysen and updated by Matthew Zator