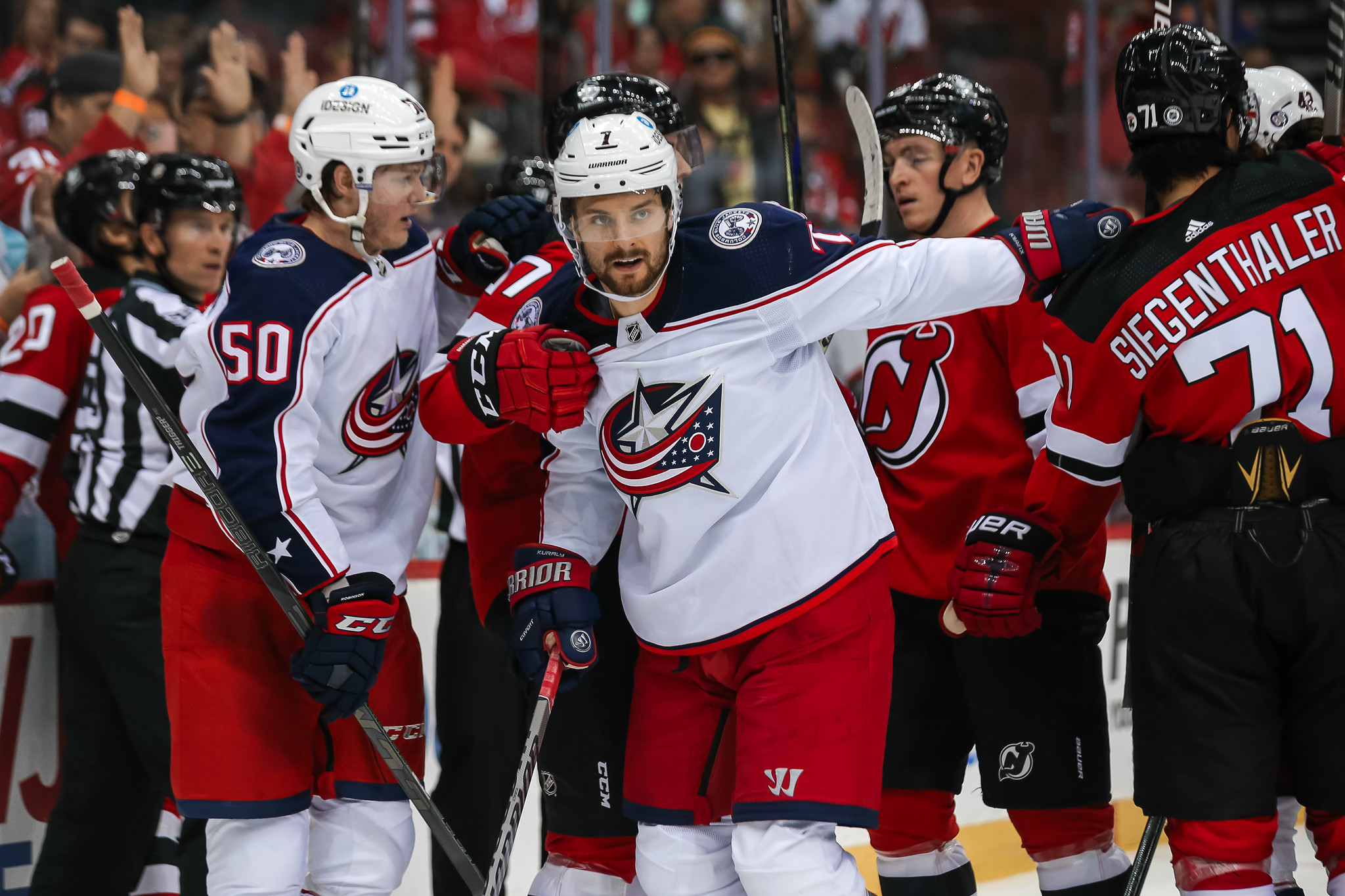 The Columbus Blue Jackets are typically quiet when it comes to their free agency period. At most, they’ll add a fourth-line forward, bottom-pairing defenseman or depth player. Names like Adam Foote and Nathan Horton are historic examples of breaking the norm, but they haunt the minds of fans as a representation of how badly a signing can go. The 2021-22 season also marked the return of Gustav Nyquist, a free agent signing from 2019, who had missed the entirety of the 2020-21 season with an injury. During the 2021 offseason, the Blue Jackets also added another player, Sean Kuraly, who made an immediate impact with his hometown team during his debut season.

What Nyquist Has Brought to Columbus

Nyquist’s first season with the Blue Jackets in 2019-20 was decent. However, it was a bit underwhelming to fans, considering the hype around the addition in July of that year. The 2021-22 season was when the Swedish forward really made an impact for Columbus, though. He had one of the best seasons of his career following a season on the shelf, which is an impressive feat. As one of a very few veterans on the roster, he’s had to step up into a leadership role as well, which has made him one of the most valuable assets to the team.

Nyquist’s contract will expire at the end of the 2022-23 season, so there’s a chance we won’t see him have another full season with the Blue Jackets. However, the signing has been a positive addition to the organization as a whole, regardless of what happens going forward. There may have been some concerns in the minds of fans following his first two seasons, but all it took was a bounce-back in his third season to put them in the rearview mirror.

It had been floating around for years: the idea of former Boston Bruin Sean Kuraly coming back home to Columbus and signing with the Blue Jackets made too much sense not to happen. Every time a trade rumor popped up on Twitter regarding the Blue Jackets and Bruins, Kuraly was in the middle of it. Fans wanted him to become a Blue Jacket, and last July, it finally happened. As an unrestricted free agent, he signed with his hometown team and returned to Ohio as an instant fan favorite.

Unsurprisingly, Kuraly completed the story by having the best season of his career to date. When he was with the Bruins, he was a fourth-line center who could’ve easily been overlooked. Once he made the move, however, he rose to another level. He’s proven himself to be a very solid middle-six option, and although he spent a majority of the season on the bottom line, it wasn’t because it was the only place he could play.

With an abundance of young centers, it was simply because they needed him there to provide some stability lower in the lineup. When injuries factored in, he would go higher in the lineup and fit in perfectly. He’s the utility player the organization needed him to be when they signed him. He also was given the assignment to protect youngsters Cole Sillinger and Yegor Chinakhov early in the season, which he was able to do with no issues. He had a significant increase in responsibility compared to his time in Boston, and he took it in stride.

The Blue Jackets are often a non-factor when July rolls around, making low-impact, forgettable signings. But these two examples show just how important this period can be when used effectively, and they need to do it more often rather than standing pat most seasons. It’s difficult to compete with cities like New York, Los Angeles and Toronto, but it can be done. Success in free agency would be a massive step toward long-term progress for the organization. It won’t be easy, but if general manager Jarmo Kekalainen can add a couple more players like Kuraly and Nyquist in coming offseasons, then the Blue Jackets will be in tremendous shape going forward with their established core of young players and future draft picks.

William Espy is a graduate of California State University, Stanislaus. He has been writing about hockey since 2016 on various platforms. He currently covers the Columbus Blue Jackets but had a previous stint covering the Calgary Flames.