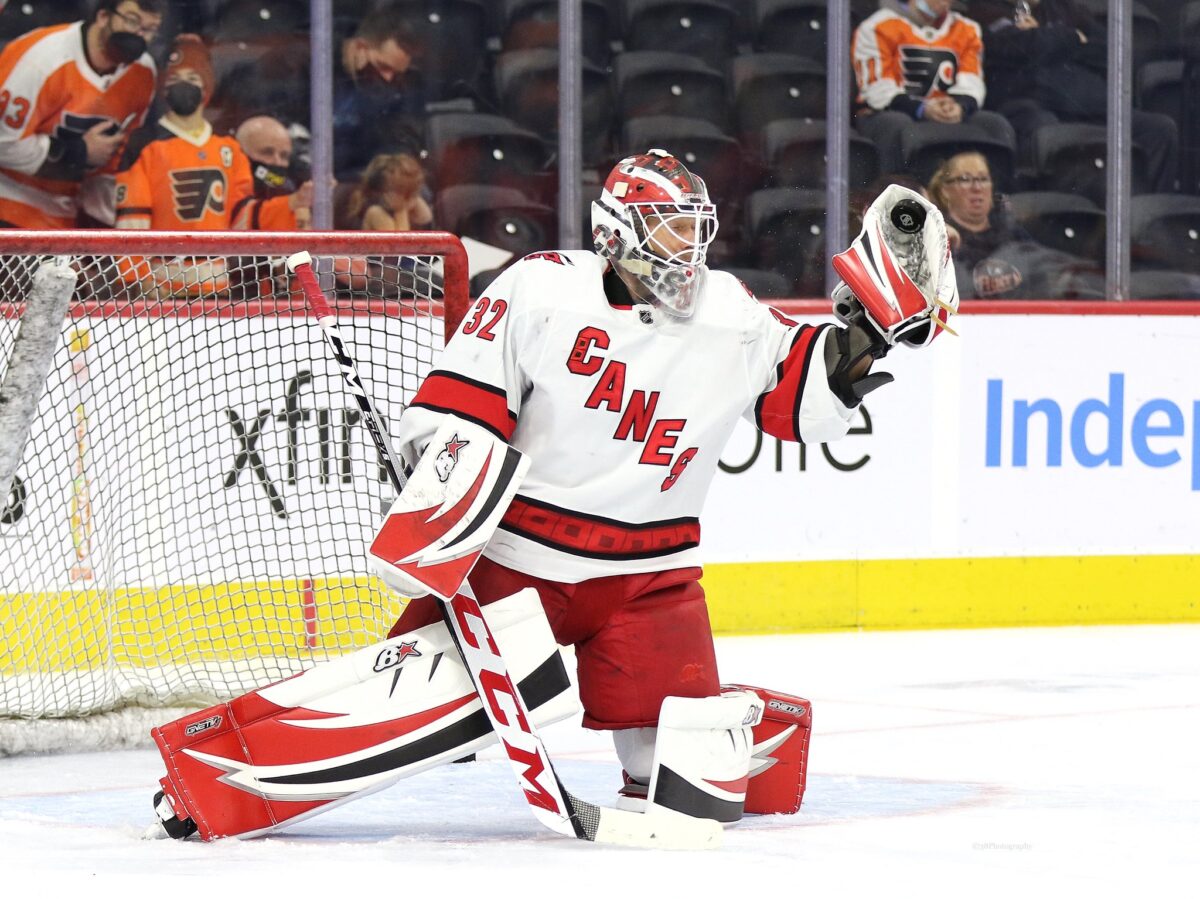 After losing Game 5 to the Carolina Hurricanes, 5-1, Tuesday night, the Boston Bruins return home to the TD Garden facing elimination in Game 6 Thursday night. In the first five games, the Bruins have dropped all three on the road, while gutting out wins in Games 3 and 4 in Boston last weekend.

If the Bruins are going to return to Carolina on Saturday for a potential Game 7, they need to find a way to beat the Hurricanes on their home ice. If they are to force a winner-take-all game, here are three keys to victory for the Black and Gold to keep their 2022 Stanley Cup hopes alive.

Bruins Need to Get Ahead and Stay Ahead

In the three regular-season games between the Bruins and Hurricanes and the first five games of the series, Carolina has scored the game’s first goal in each game. Boston has had early scoring opportunities, especially in the three games at PNC Arena, only to come empty and face the first deficit at some point in each game.

The Hurricanes do not have the services of No. 1 goalie Frederik Andersen, who is out with a lower-body injury suffered late in the regular season, but Antti Raanta and Pyotr Kochetkov have been more than up to the challenge in helping their team hold a 3-2 series lead. Raanta has a 1.96 goals-against average (GAA) and a .942 save percentage (SV%) in four games. Kochetkov, who came on in relief of Raanta in Game 2, has allowed six goals on 54 shots, but when he needed to come up big in Game 2, he did to help his team take a 2-0 series advantage to Boston.

Boston was able to battle back in Games 3 and 4 at home when they faced early deficits, but they have not been able to rally in the three games on the road. There are only so many times that you can rally in a playoff series and the Bruins’ lack of scoring in the series says that one more deficit may be too much to overcome. The game plan early is simple, get ahead and stay ahead of the Hurricanes.

Stay Out of the Penalty Box Against Hurricanes

The Bruins have been whistled for 27 minor penalties in the first five games. Although they have only allowed four power-play goals, 27 penalties are just way too many and it takes a lot out of some of the Black and Gold’s top players. Brad Marchand, Patrice Bergeron, and Charlie McAvoy’s energy could be best used 5-on-5 or on their own power play, not killing one.

Boston has been called for after the whistle penalties and the biggest one, right or wrong, happened in Game 5 when Derek Forbort was called for roughing and Tony DeAngelo cashed in with a power-play goal for a 2-0 first period Hurricanes lead. Playing with poise and discipline will go a long way toward winning Game 6.

From the start of the series, the Bruins have not played very well in their defensive end. They had multiple turnovers in Games 1 and 2 in Carolina that the Hurricanes turned into goals. Even more disturbing has been the lack of clearing pucks when shorthanded.

There have been multiple times where the Bruins have been unable to clear the pucks 200 feet shorthanded. It reached its most frustrating point in Game 5 when just as a Carolina power play expired, Brandon Carlo attempted to clear the puck out of the defensive zone, but the attempt hit Jake DeBrusk and beat Jeremy Swayman for a backbreaking 3-0 Hurricanes lead.

The defense is not alone in the failed clearing attempts so far in the series. David Pastrnak did not get to a puck fast enough to get it out of the zone in Game 1, which lead to a goal, and there were multiple times that other Bruins forwards got the puck to the defensive blue line, only to have Carolina keep the puck and pressure on. Sooner or later, they are going to make Boston pay again. The Bruins are at their best when they have clean exits and the defenseman rushing with the puck. There has not been enough of that in the series.

Bruins Either Win or Go Home

It’s very simple for the Bruins Thursday night at the TD Garden, win or begin the 2022 offseason with several questions that they will have to answer before training camp begins in September. Are the Bruins good enough to win a Game 7 on the road Saturday? We will never know unless they are able to win Game 6 against a team that has frustrated them all season long.

Scott Roche covers the Boston Bruins for The Hockey Writers. A frequent user of the Oxford comma. Scott has been a sports writer for 25 years for different sites and daily newspapers. Writing started out as a hobby, but it has become a passion for Scott over the years.