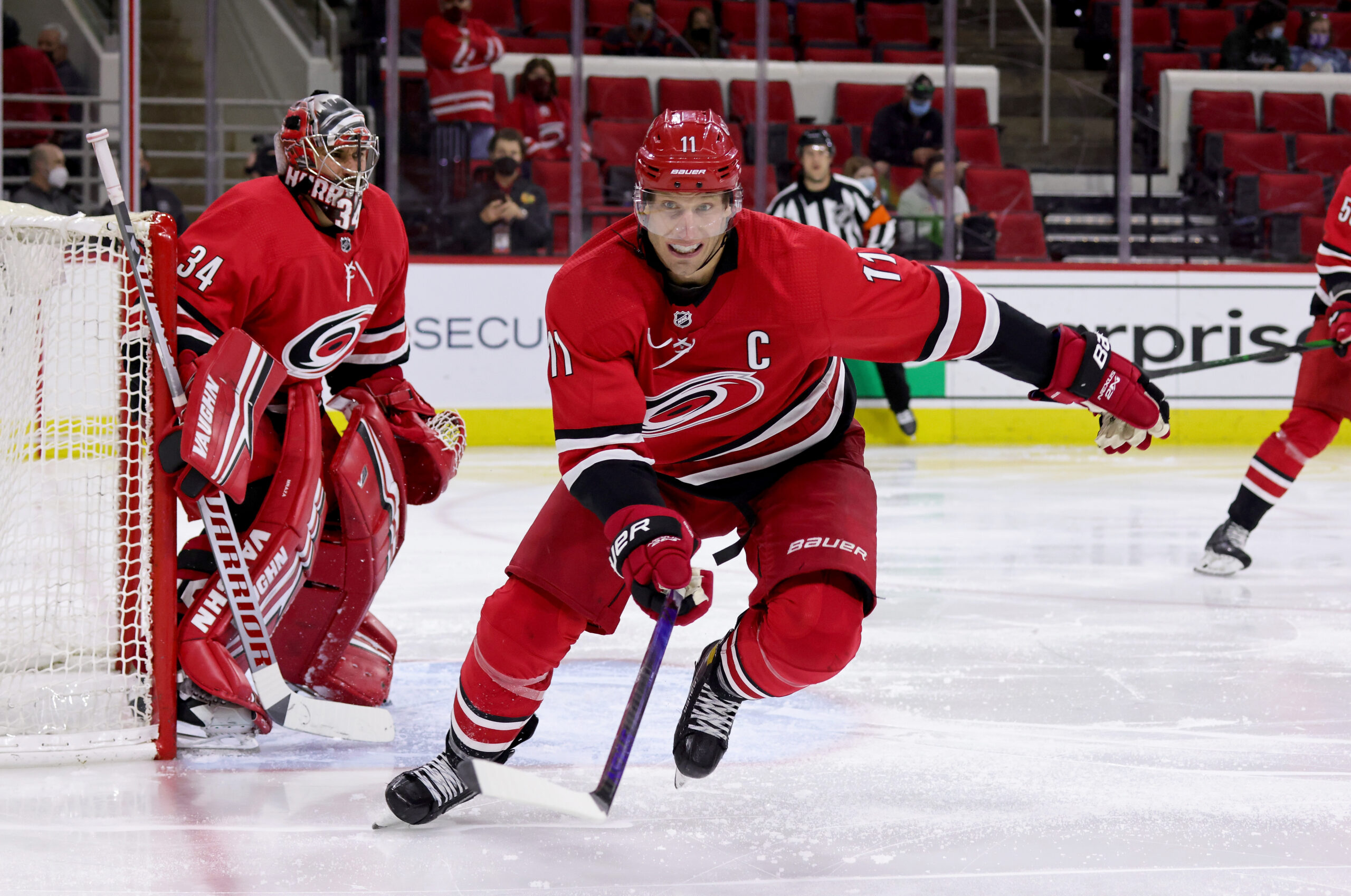 In this edition of “NHL Talk,” these are the top hockey stories with quotes from players, coaches, managers, and more. Check Tom Pepper’s profile every day for a new edition of the “NHL Talk” column.

Buffalo Sabres defensive prospect Owen Power will make his NHL debut at the Toronto Maple Leafs on Tuesday. A native of Mississauga, a Toronto suburb, he was selected by Buffalo as the No. 1 pick in the 2021 NHL Entry Draft. He signed a three-year, entry-level contract with the Sabres on Friday after posting 32 points (three goals, 29 assists) in 33 games with the Michigan Wolverines in his NCAA sophomore season.

“It’s going to be pretty special,” Power said. “I mean, I think everyone’s first game in the NHL is really special, but to have it in my hometown with all my family there is going to make it that much better.”

Seattle Kraken forward prospect Matty Beniers signed a three-year, entry-level contract on Sunday and is expected to make his NHL debut during a road trip at the Calgary Flames on Tuesday and Winnipeg Jets on Wednesday. He was the first draft selection in Kraken franchise history, taken with the No. 2 pick at the 2021 NHL Entry Draft. He joins Seattle after leading the Wolverines with 43 points (20 goals, 23 assists) in 37 games in his NCAA sophomore season.

“It’s truly an honor to join the Kraken organization, officially, and I can’t wait to get started,” Beniers said. “Although we fell short of our goal, I loved my time with Michigan and am looking forward to the next step in my journey. Being drafted last summer was surreal. I’m excited to get to Seattle.”

Pittsburgh Penguins forward Sidney Crosby reached another milestone in his career on Thursday, recording the 1400th point of his NHL career in a 3-2 overtime win against the Nashville Predators. He scored two goals on the night; the game-opening goal at 4:58 of the first period and the game-winning goal at 2:21 of overtime. He now has 514 goals and 886 assists in 1100 games, all played as a member of the Penguins.

“It’s fun being in an emotional game like that down the stretch here in the season,” Crosby said. “You know, obviously, the points are so important always, but especially now when we’re fighting for position. So you just want to find a way to contribute. For that one to go in in overtime, and to get two points, is huge.

The Los Angeles Kings continue to struggle at its most crucial point of the season, dropping its third consecutive game after blowing a three-goal lead in a 6-3 loss at the Minnesota Wild on Sunday. The Kings stormed out of the gate, taking a 3-0 lead at just 10:17 of the first period, but the Wild followed up with six consecutive goals (two in the first period, three in the second period, one in the third period). Los Angeles sits third in the Pacific Division with 86 points, followed closely behind by the Vegas Golden Knights, who have 84 points and a game in hand.

“You score a power-play goal, you score a shorthanded goal, you get a 3-0 lead on the road, there’s no reason why you’re not in it at the end of the night, and we weren’t,” Kings head coach Todd McLellan. “Really disappointing.”

Carolina Hurricanes forward Jordan Staal recorded the third hat trick of his NHL career in a 5-2 win against the Anaheim Ducks on Sunday. It marked his first three-goal game in 10 seasons with the Hurricanes. His incredible performance helped earn Carolina a win, moving the team two points above the New York Rangers for first place in the Metropolitan Division.

“I just try to play my game,” Staal said. “That’s being reliable and being strong at both ends. When the puck starts to go in, it always feels good, but I continue to just play that solid game that everyone needs to play to help us win.”

Tom Pepper is a daily NHL columnist at The Hockey Writers since June 2020. He writes the “NHL Talk” column every day and multiple Anaheim Ducks columns every week.

NHL Power Rankings, way-too-early edition: The first look at 2022-23
Hockey Canada says it needs to ‘do more’ to foster a safe culture
‘A bunch of warriors’: Brayden Point’s torn quad muscle part of a lengthy list of Lightning playoff injuries
Memorial Cup: Bourgault powers Cataractes to 3-2 win over Bulldogs
Panthers Must Sign Huberdeau to an Extension This Offseason