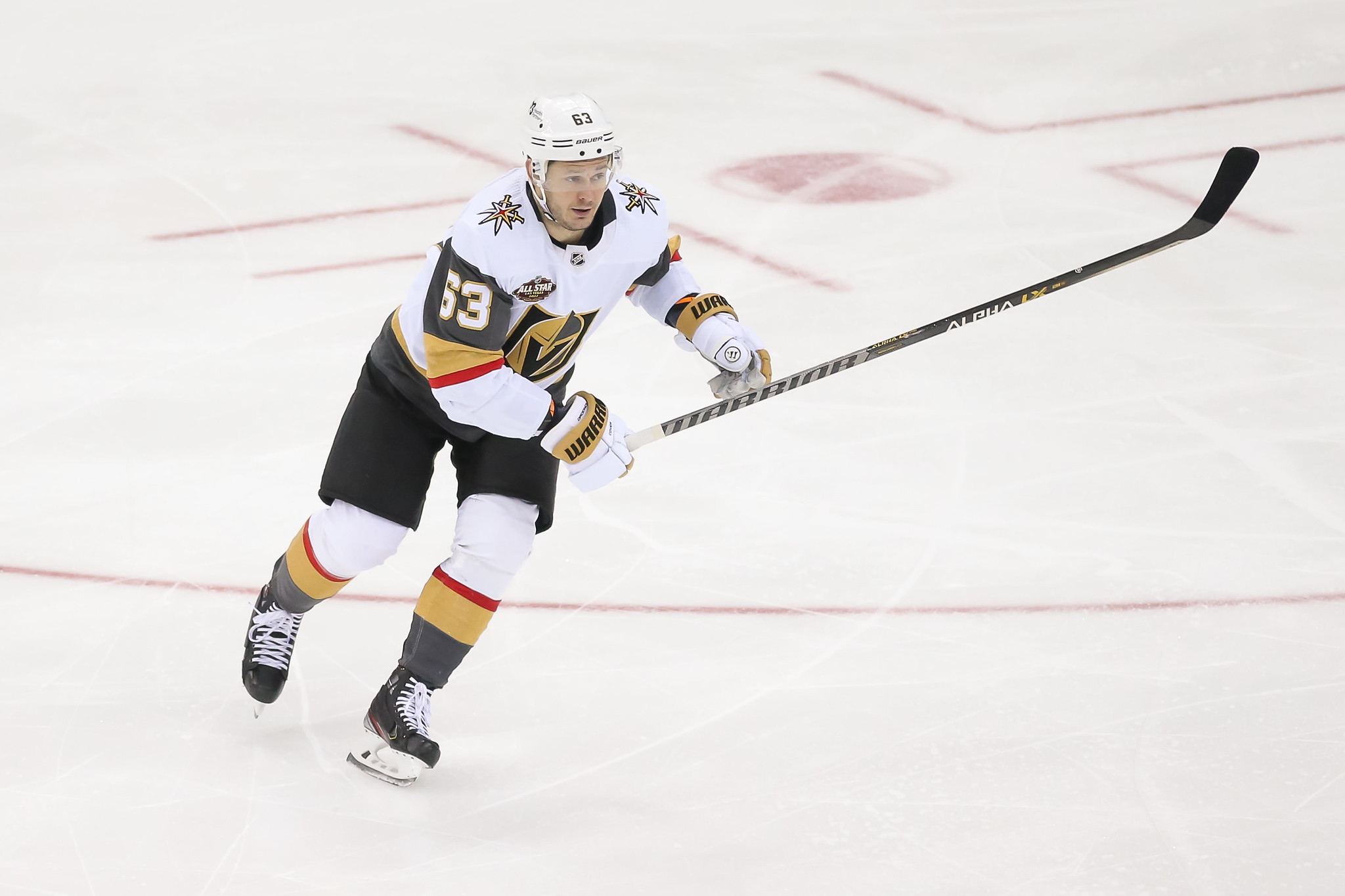 While we wait to find out whether the Vegas Golden Knights’ cap-easing trade of Evgenii Dadonov will actually go through, the NHL trade deadline showed us that no further help is coming for the injury-ravaged club. As much as he may have liked to do more, general manager (GM) Kelly McCrimmon’s hands were largely tied with the organization in a dollar-in, dollar-out cap situation that doesn’t project to get any easier to handle once Mark Stone and Alec Martinez are ready to come off long-term injured reserve (LTIR).

Even if the Dadonov deal goes through, neither of the incoming contracts (Ryan Kesler and John Moore) belong to players expected to help Vegas on the ice. That leaves the Golden Knights with no more answers or certainty than they had previous to the deadline. With a playoff spot still in danger of slipping away, a 3-0 shutout loss to the Minnesota Wild (new home of Marc-André Fleury) snapped what had been a modest but mildly encouraging two-game win streak.

With 17 games left in the regular season, the deadline passed, and news sparse regarding the return dates of injured Golden Knights, now seems like a good time to take stock of where Vegas stands — Dadonov or no Dadonov — with plenty of work ahead.

A quick glance at the NHL standings reveals the Golden Knights currently in possession of the second and final wild card spot in the Western Conference, although that designation is rather misleading. They currently own a one-point advantage on the Dallas Stars, but have played four more games. If you compare their record evenly, the Stars hold a distinct advantage in points percentage (.582 to .554).

Even with Pacific Division and wild card playoff spots within reach, there remains plenty of reason for urgency here. Unfortunately, the remaining slate could prove challenging. The Golden Knights play just seven of their final 17 games at T-Mobile Arena, albeit with only five of those games coming against current playoff teams. But tonight’s clash with the Winnipeg Jets, a trio of remaining games against the Vancouver Canucks and a huge late season battle with the Stars pit them against not just highly motivated opponents, but teams that pose a considerable threat in the wild card chase.

On a more positive note, the crowded Western Conference playoff picture also means that both the Los Angeles Kings and Edmonton Oilers remain in reach. Neither of Vegas’ Pacific rivals improved substantially at the deadline, with LA adding minor depth pieces Frederic Allard and Troy Stecher, while Edmonton acquired Brett Kulak and Derick Brassard but neglected to address their major question mark in net.

While it must have pained the Golden Knights’ brass to largely sit out a trade deadline frenzy they’ve grown accustomed to being in the middle of, the club might find themselves some free deadline-like additions if any of the many sidelined players can return to health. Jack Eichel is merely the latest in a long line of key Vegas contributors to be absent from the lineup this season, although there’s at least some hope of help coming.

Mattias Janmark, Brett Howden and Nolan Patrick all returned last week, with Janmark scoring in the team’s 5-1 win over the Kings. The status of Robin Lehner and his reported knee injury isn’t nearly as clear, with head coach Pete DeBoer suggesting he didn’t “think [Lehner’s return is] far off” while reports from Jesse Granger of The Athletic indicated that the Swedish netminder would miss the remainder of the regular season.

All told, a whopping nine regulars, including major impact players like Eichel, Lehner, Stone, Max Pacioretty and Reilly Smith, are expected to be out for tonight’s clash with the Jets and there simply aren’t many clear, tangible indications of when this alarming injury trend might right itself (from ‘What will reeling Golden Knights do before trade deadline?’, David Schoen, Las Vegas Review-Journal, 03/14/22).

Yes, “next man up” has become a wildly over-used sports cliche, but in light of no better answers, that’ll have to be the go-to approach in Vegas.

After allowing eight goals across back-to-back losses to the Columbus Blue Jackets and Jets a week ago, Logan Thompson has settled in nicely over the past three games and appears to be gaining confidence between the pipes. In two recent wins over the playoff-contending Florida Panthers and Kings, eight different Vegas players hit the scoresheet, which is exactly the type of shared responsibility needed right now.

Under less-than-ideal circumstances, this is where having depth, character, experience, and some serious leadership can prove to be incredibly valuable. The deadline’s over and there’s nothing that can be done about the team’s tough injury luck, so it’s time to focus on who’s on the ice rather than who isn’t.

I may be a Leafs fan at heart (I’ve witnessed their highs and lows first-hand as a Scotiabank Arena employee), but I’m also a veteran freelance sportswriter who loves a good story. And there’s been no better story in hockey over the past few years than the Vegas Golden Knights. I’m excited to be covering the NHL again on the Golden Knights’ beat.