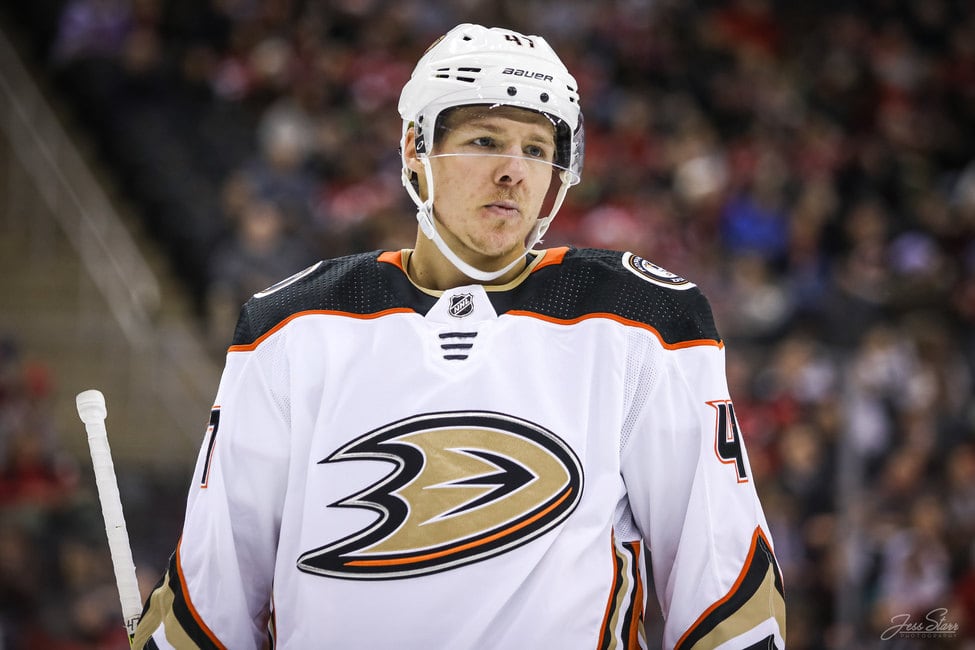 The Anaheim Ducks were one of the busier teams during the 2022 trade deadline, and for good reason. The Ducks have begun to bottom-out in the standings, giving new general manager Pat Verbeek a more realistic look at what stage in the rebuild the team is in. With a handful of upcoming unrestricted free agents on the books, Verbeek was able to use those players and weaponize cap space to his advantage in order to come out of this trade deadline with a brighter future than before.

Verbeek’s first trade as a general manager was an emotional one, but with a solid outcome. Josh Manson was a sixth-round pick in 2011 and had been with the Ducks since 2014, endearing himself to fans and teammates with his hard-nosed style of play. He has been an alternate captain in each of the last three seasons.

Drew Helleson is about as close to NHL-ready as a prospect can be. Immediately after being traded to Anaheim, he signed his entry-level deal and will presumably finish the season in San Diego playing in the American Hockey League. The 2023 draft also appears to be a deep one, and the Ducks have a solid history in drafting beyond the first round. The only reason the grade pans out to a high B is the perceived value of Manson. The Montreal Canadiens were able to trade Ben Chiarot for a first-round pick, a fourth-round pick, and a prospect. Manson’s 12-team no-trade list may have gotten in the way of his maximum value, however.

Hampus Lindholm was one of the prized pieces of the trade deadline, as this massive return would indicate. There are a handful of noteworthy aspects to this trade. The first is that Verbeek and the Ducks decided to weaponize their cap space by taking on Moore’s contract — he has a $2.75 million cap hit. The Ducks have the second-most cap space in the league, allowing Boston to free up space of their own in exchange for extra pieces in the trade’s return. Another reason the return was so large was that Lindholm and the Bruins had agreed to a long-term commitment, making him a safer investment than a pure deadline rental.

The three draft picks sent to Anaheim will mean an additional high-end selection for each of the next three seasons. The Ducks are a young team still in need of assets to complete their rebuild, so this kind of bounty in exchange for an expiring contract is what’s needed to ensure the rebuild is successful.

Nicolas Deslauriers to Minnesota for a 2023 Third-round Pick

Nic Deslauriers wasn’t the most common name on trade lists, but he was on an expiring contract. His style of play is an easy sell for a playoff-caliber team feeling like they lack toughness. When the Ducks acquired him from Montreal in 2019, they spent a fourth-round pick on him. One hundred sixty-nine games and 235 penalty minutes later, the Ducks flipped him for a third-round pick. As a rebuilding team, it’s hard to get a bad deal on a trade when it turns expiring deals into future draft picks.

The Ducks and Penguins managed to get this deal done in time, but details of the trade were delayed well past the actual trade deadline. The second-round pick means that Anaheim now has four selections in the first two rounds of July’s entry draft. Clang is a goaltending prospect in the Swedish Hockey League. While goaltending may not be the Ducks’ most pressing issue at the moment, this could end up being a significant move depending on how and when the gradual transition from John Gibson to Lukáš Dostál plays out in the coming years.

The trade loses some points due to the roster players coming back in the trade. Aston-Reese and Simon are tremendous defensive forwards who would go a long way to solidifying the Ducks’ bottom-6 moving forward. But both are UFAs at the end of this season, meaning they could have no future impact on a team making trades to specifically impact the future. The grade can obviously change if these two end up re-signing with the Ducks, who will have plenty of cap space to make it work.

In one of the more bizarre outcomes of the trade deadline, the Ducks made a deal with the Golden Knights that would allow Vegas much-needed cap space as their playoff hopes are waning. This resulted in Evgeny Dadonov getting traded to the Ducks, but he has the Ducks on his no-trade clause. The trade is under review by the NHL, and fingers are being pointed in every which direction for blame. It’ll be a no-win situation regardless of the NHL’s decision, but for the sake of grading this move, we will act like it will go through, though Dadonov’s willingness to play in Anaheim should be considered.

Dadonov is a skilled veteran forward who could help the Ducks’ top-6 next season while taking pressure off of the development of some prospects. Moving Kesler’s contract doesn’t do much to help the Ducks, as he’s officially off the books at the end of the season. But moving Moore’s contract allows for the Ducks to have an extra $2.75 million to work with next season.

Grade: A (If Complete)

Pat Verbeek’s first trade deadline as a general manager was excellent and kickstarted a rebuild that could have started in earnest a few years ago. In the coming years, the prospects currently in the Ducks’ pipeline will work their way up to the NHL, while the prospect pool will be restocked with plenty of new draft picks. As a result of this trade deadline, Verbeek has added seven additional draft picks over the next three seasons. With a handful of prospects also acquired, the Ducks have a bright future in the coming years.

I was born and raised in Mission Viejo, California, and currently live in Visalia, California. Graduated from CSUF in 2016 with a B.A. in Cinema and Television Arts. I’ve been a sports fan for my entire life, rooting for the Anaheim Ducks, Los Angeles Angels, Los Angeles Rams and Miami Heat. In my free time, I enjoy playing video games, trying to pour a perfect cup of coffee, and testing out a local craft beer.