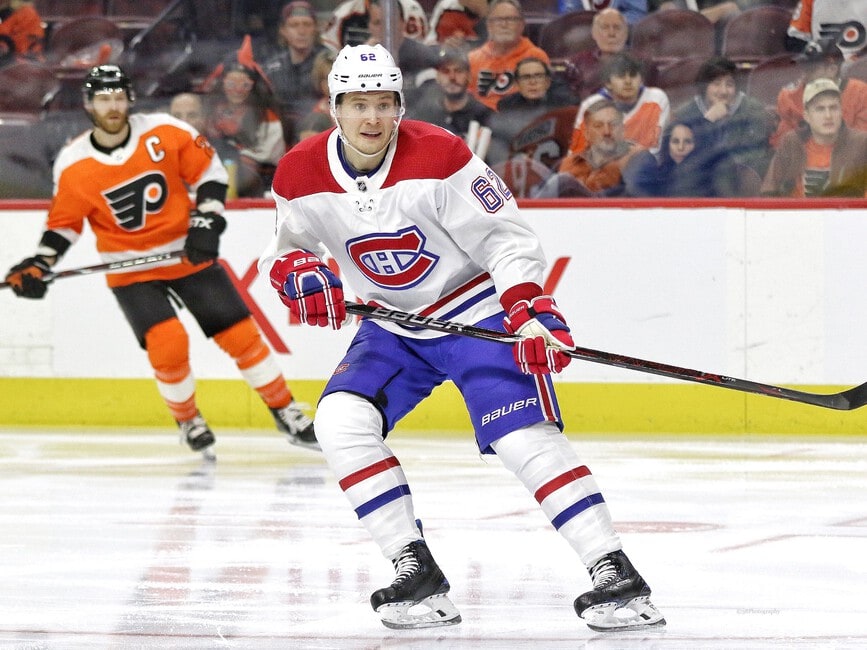 The 2022 NHL Trade Deadline has come and gone, and Montreal Canadiens general manager Kent Hughes was busy putting his plan for the team’s future into place. That is a future that didn’t include forward Artturi Lehkonen, as they traded him to the Colorado Avalanche.

This was a win/win trade scenario that provided both teams exactly what they required the most.

Lehkonen was a popular player in Montreal. His honest efforts on the ice and his demeanor off the ice ingratiate himself with a fanbase known to become jaded with players quickly. But with Artturi, they never seemed to lose that appreciation for him.

Colorado gains a highly valuable defensive forward who can help to generate puck possession on the forecheck and off the cycle. His expected goals for percentage (xGF%) of 55.39 percent led the Canadiens until his departure, and it shows that despite the terrible season Montreal has suffered through, he has been consistent in providing his style of play nightly. More importantly, he is a player that steps his game up in the playoffs and can provide key goals, such as he did for the Canadiens last season when he scored the goal that gave them a berth in the Stanley Cup Final.

He provides an upgrade of their penalty-killing (PK) units as well as an overall upgrade to their forward group depth. Lehkonen is currently playing out a one-year, $2.3 million contract and will become a restricted free agent (RFA) this summer. As an RFA, Colorado retains team control for one more season.

The Trade Return for Montreal

The loss of Lehkonen will hurt the NHL roster in the short term. However, the trade return of a 2024 second-round pick and Colorado’s 2020 first-round selection, defenceman Justin Barron is an excellent return for the Canadiens. It adds a top 60 pick, but most importantly, it adds an A-class prospect to the pipeline that can fill in a role on the right side of the blue line, something that the Habs were very thin on in the system. Kent Hughes spoke of the importance of adding a quality defensive prospect in his March 21 press conference.

“It’s important for us to add a righty. We have certain needs, and there was one here with this position.”

At 6-foot-2 inches and 196 pounds, Barron provides the Canadiens a big-bodied defender who has five goals and 20 points in 43 games as an American Hockey League rookie with the Colorado Eagles.

He is a smooth-skating, highly mobile defender. He can play a physical game while using his footwork to keep a tight gap on attacking forwards. His on-ice vision becomes a weapon once he strips the puck away in his own zone as he can identify and complete a quick outlet pass that can set up a transitional play or use his speed to carry the puck out of the zone.

Barron is also a solid offensively-minded player in the offensive zone that can also provide some power-play control. The expectation is for him to be able to step into the NHL soon and become a quality second pairing defender who can play 20 to 22 minutes per night. A fun fact that could point to a possible future outcome in Montreal, Barron played on a top shutdown pairing on the blue line with Kaiden Ghule at the 2021 World Junior Championships.

Some fans may feel underwhelmed by the return Hughes achieved in this trade. But Avalanche insider for Colorado Hockey Now, Adrian Dater, stated that the Avalanche made a mistake trading Barron.

Related: Canadiens Must Modernize Their Defence

This trade provides a true insight into the rebuilding/renovation plans for the Canadiens. The priority seems to be to rebuild the blue line in the mold of the modern NHL blue line, using big-bodied, mobile defencemen who can play in transition and provide some offense. Barron and Guhle may become a punishing NHL pairing in the future. Add in prospects such as Jordan Harris, Mattias Norlinder, Logan Mailloux, and Arbor Xhekaj, among others who all play that more modern style.

The trade of Lehkonen is a trade that gives both teams exactly what they were looking for. Colorado adds one of the NHL’s best defensive wingers to play a key third-line role as they look to challenge for a Stanley Cup this year, while the Canadiens add quality futures that can be entering their prime when the window for the Habs to compete again opens.

Blain is a regular contributor as a THW Writer. For over 7 years he has been a part time journalist and podcaster covering the NHL, the Montreal Canadiens and its affiliates. He has made appearances on various television and radio stations as well as podcasts to discuss the Canadiens, and the NHL. Blain has taken the lessons on integrity, ethics, values and honesty that he has learned as a 28 year veteran of the Canadian Armed Forces and applied them to his work as a journalist to guide him in informing his readers and his goal of being a trusted source of information and entertainment.