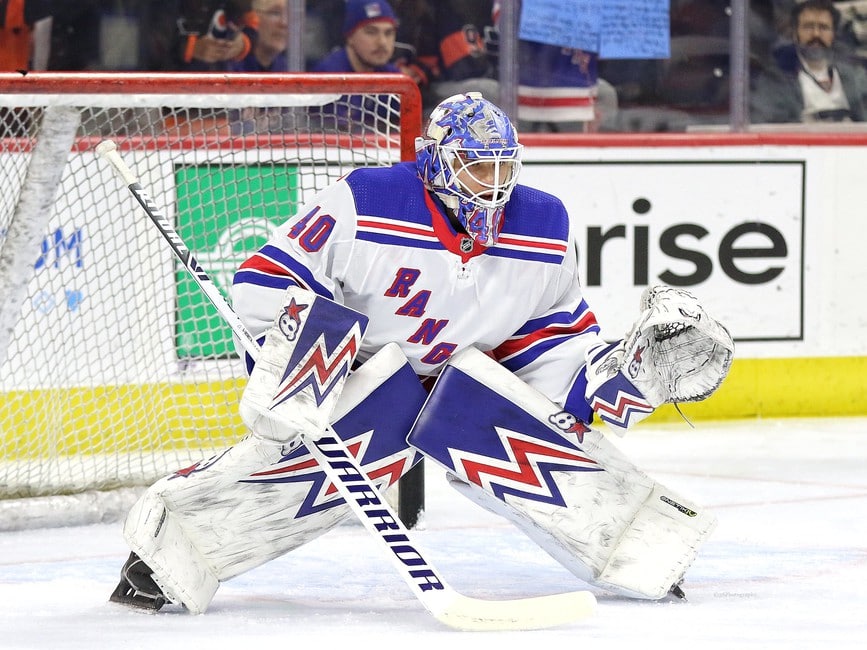 In today’s NHL rumors rundown… it’s NHL Trade Deadline day! With a number of the big names off the board and much of the action taking place prior to the traditional frenzy that is the last day to make moves, some are wondering what’s left. The answer is plenty as there are some big names still on the board and some smaller transitions taking place into the evening on Sunday means a lot more players may move than originally believed.

Oilers Looking at Soucy and Kulak, Among Others

TSN’s Ryan Rishaug reports the Oilers are still searching for some help on the blue line as the deadline approaches and are “kicking tires” on Carson Soucy of the Seattle Kraken as well as Brett Kulak of the Montreal Canadiens. The Oilers aren’t expected to make any big moves, but a couple of insiders said the team was trying hard to do something. A left-shot defenseman remains their priority.

Brian Lawton of NHL Network wrote that the Tampa Bay Lightning upped the ante for every team in the NHL and the Oilers would be among the teams that felt a need to respond. Frank Seravalli of Daily Faceoff writes, “Oilers continue to grind away on left-shot options for their blue line. They have also checked in on a number of forwards. Price remains high, but they’re looking for ways to improve.”

Pierre LeBrun noted during Sunday’s TSN Insider Trading segment that the Calgary Flames did actually look into reacquiring Mark Giordano before the defenseman was traded to the Toronto Maple Leafs. But, the Flames got clarification of little known rule in the CBA that they could not re-acquire Giordano from Seattle and have Seattle retain any salary or any of the cap hit in that trade. In fact, they couldn’t involve a third team to help either.

Because they weren’t prepared and couldn’t take on his full cap hit, it took them out of the running ahead of the deadline.

LeBrun also offered an update on the speculation the Minnesota Wild have checked into acquiring Marc-Andre Fleury. He said the cost is perhaps the bigger hurdle than the player or team wanting to make a deal work. The Chicago Blackhawks are asking for a first-round pick and Wild GM Bill Guerin doesn’t want to pay that price.

And, if the Wild acquire Fleury, what does that mean for Cam Talbot? He’s got one more season on his deal at $3.66 million. Would the Wild consider trading him knowing they need to clear up cap space for next season?

LeBrun also said that goaltender James Reimer is attracting some interest around the NHL. He’s got one more season at $2.25 million on his contract and the Sharks would be happy to retain him. But, if a team offers something strong enough for the Sharks to be convinced to move him, they’ll likely do so.

Maple Leafs GM Kyle Dubas got to work on Sunday by making a number of transactions that would free up space for him to land Mark Giordano. Dubas is getting a lot of praise for the work he did and there’s a theory he did more than just move pieces around on Sunday.

In waiving goalie Petr Mrázek and forward Kyle Clifford, then in signing Finnish goaltender Harri Säteri for the remainder of the season, Dubas freed up space. But, it was the interest he and the Maple Leafs publicly showed in Ben Chiarot and Josh Manson that helped ensure other teams went after those players, thus leaving him the opportunity to trade for Giordano and not give up a first-round pick to land him. Seattle retained 50% of his salary in the process.

What Does Georgiev’s 44-Save Performance Mean?

Alexandar Georgiev went out on the eve of the NHL Trade Deadline and had one of his best games in the NHL. An outstanding 44-save shutout performance has people questioning what the deadline might mean for him and the organization.

Does this performance convince a team to deal for him? Or do the Rangers know that he can be a game-stealer in the postseason and prioritize keeping him? There’s also the question of how many buyers watched that game and decided he might be the guy they target if they need a goalie.

Coyotes Close to Extension with Vejmelka

Goaltender Karel Vejmelka and the Arizona Coyotes are rumored to have agreed to terms on a three-year contract extension. The value is between $2.5 and $3 million per season.

Seravalli reports that news Aaron Ekblad is out of the remainder of the regular season could keep the Panthers busy on Monday. He writes, “I’m told Aaron Ekblad will be placed on LTIR and will not return during the regular season, but sometime during the first round.” He then adds that the Panthers might try to recoup some of the draft picks they spent to land the deadline pieces they did thanks to the salary cap flexibility that comes with Ekblad’s $7.5 million not counting against the cap.