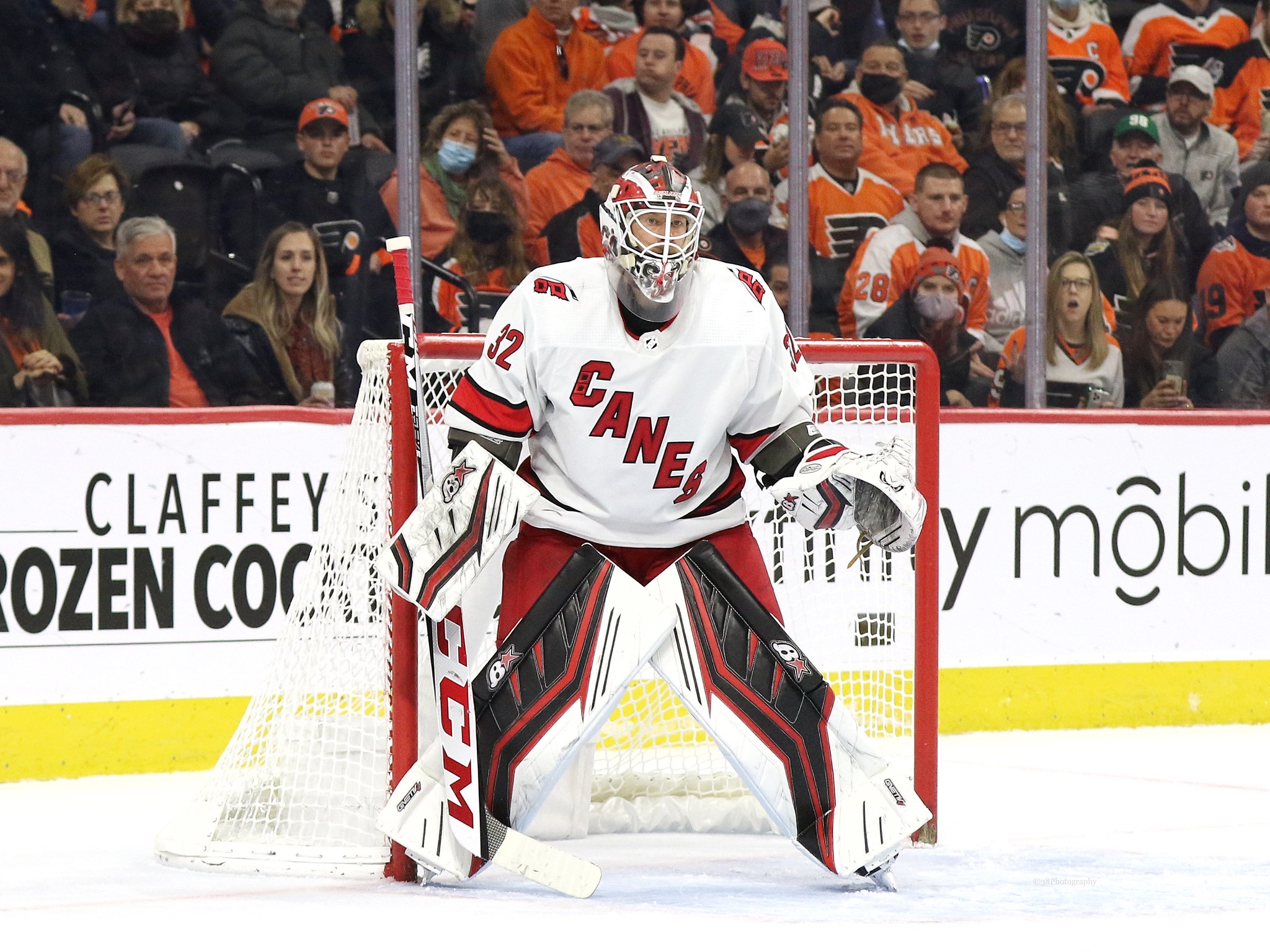 Vegas Golden Knights forward Jack Eichel lost to the Buffalo Sabres, 3-1, on Thursday in his first game back in Buffalo since being traded to the Golden Knights on Nov. 4, 2021. The former Sabres captain had two shots on goal and 17:50 time on ice in his return to KeyBank Center. The sound of Buffalo fans booing could be heard nearly every time he touched the puck.

“There was plenty of people here who were supporting me, and plenty of people who were booing,” Eichel said. “They must be booing because they wish I was still here. I don’t know. It is what it is. I’m not the first guy to deal with it. So just move on, and yeah, it was a tough game. Give them credit, they played hard.”

Sabres goaltender Craig Anderson played spoiler in Eichel’s return to Buffalo, winning his 300th career NHL game, 3-1 over the Golden Knights. He joins an impressive list as just the sixth United States-born goaltender to reach 300 NHL wins in their career. At the end of the game, the Sabres played a tribute video for his outstanding achievement.

“It’s a great moment to take in and just enjoy it,” Anderson said. “You just don’t know how the game is going to go. You don’t know how the night [is going to go or] what the future holds, but you try to stay in the moment as best you can and take it all in. … It’s a good memory, it’s a good moment. I think the way the game played out, I think it was a memorable one. So, you know, you just kind of keep ticking the boxes and keep pushing forward and staying hungry is the key. Stay hungry for the next one.”

The Arizona Coyotes are on fire right now, picking up its fourth-straight win in a thrilling 5-4 overtime victory at the Toronto Maple Leafs on Thursday. The Coyotes held a 4-1 lead heading into the third period, but the Maple Leafs fought back with three goals to send the game to overtime. Arizona defenseman Jakob Chychrun sealed the game in overtime, firing home a one-timer pass from forward Matias Maccelli at the right face-off dot.

“It happened a few times earlier in the year where we had bad third periods and just kind of fell apart, but we’ve been playing better and sticking with it and I think that showed tonight with our confidence,” Chychrun said.

Florida Panthers forward Jonathan Huberdeau reclaimed the NHL points lead with four assists in a 6-3 win against the Philadelphia Flyers on Thursday. He leads all skaters in the league with 82 points (18 goals, 64 assists) in 58 games. His 64 assists on the season are the most scored by any player in Panthers franchise history.

“Obviously it’s been a good year,” Huberdeau said. “I know we’re getting points. Everybody is getting points on our team. We have a lot of depth. It’s been a fun year. Obviously we’re scoring a lot of goals. And I was just happy to get two points. Franchise record, it doesn’t really matter.”

Carolina Hurricanes goaltender Antti Raanta recorded his 15th career NHL shutout in a 2-0 win against the Colorado Avalanche on Thursday. Stopping all 36 shots he faced in the game, it is his second shutout of the season. He is just the first goaltender this season to earn a shutout against the Avalanche, who are ranked as the No. 1 team in the NHL standings.

“I think it’s just getting that rhythm, getting that confidence and just playing the game. I don’t have to think too much,” Raanta said. “Obviously, a great feeling.”

New York Islanders forward Anders Lee tallied the first hat trick of his NHL career in a 6-0 win against the Columbus Blue Jackets on Thursday. His first three-goal match came in his 568th game, despite having 203 goals across 10 seasons with the Islanders. He scored at 13:49 of the second period and 11:57 of the third period, before sealing the hat trick on a power-play goal with just two seconds remaining in the game.

“I’ve been waiting for that one for a while,” Lee said. “One of the nights the puck just kind of found me. Great looks from some of the guys and just an overall really good team effort and a good way to start the weekend.”

Calgary Flames forward Johnny Gaudreau scored the sixth hat trick of his NHL career in a 4-1 win against the Tampa Bay Lightning on Thursday. The three-goal effort extends his point streak to seven consecutive games, recording 13 points (six goals, seven assists) over that span. He ranks fourth in the NHL with 77 points (26 goals, 51 assists) in 57 games this season.

“Just opportunities,” Gaudreau said. “On that first power-play goal, [Lightning goaltender Andrei Vasilevskiy] was out of his net, he wasn’t on the post and I tried to bank it off his [rear end]. The second one was just pure luck, I just threw it right back in front of the net and it went off his hip or something and then it bounced in.”

Lightning confident they’re set up for continued success
Lifting the Stanley Cup was ‘everything I dreamed of and more,’ says Alex Newhook
Avs a win away from the Cup: What we learned in the Game 4 OT thriller
Islanders Should Consider Anderson Trade with Canadiens for Right Price
Cup Final, Gm4: Avalanche @ Lightning 6/22 | NHL Playoffs 2022