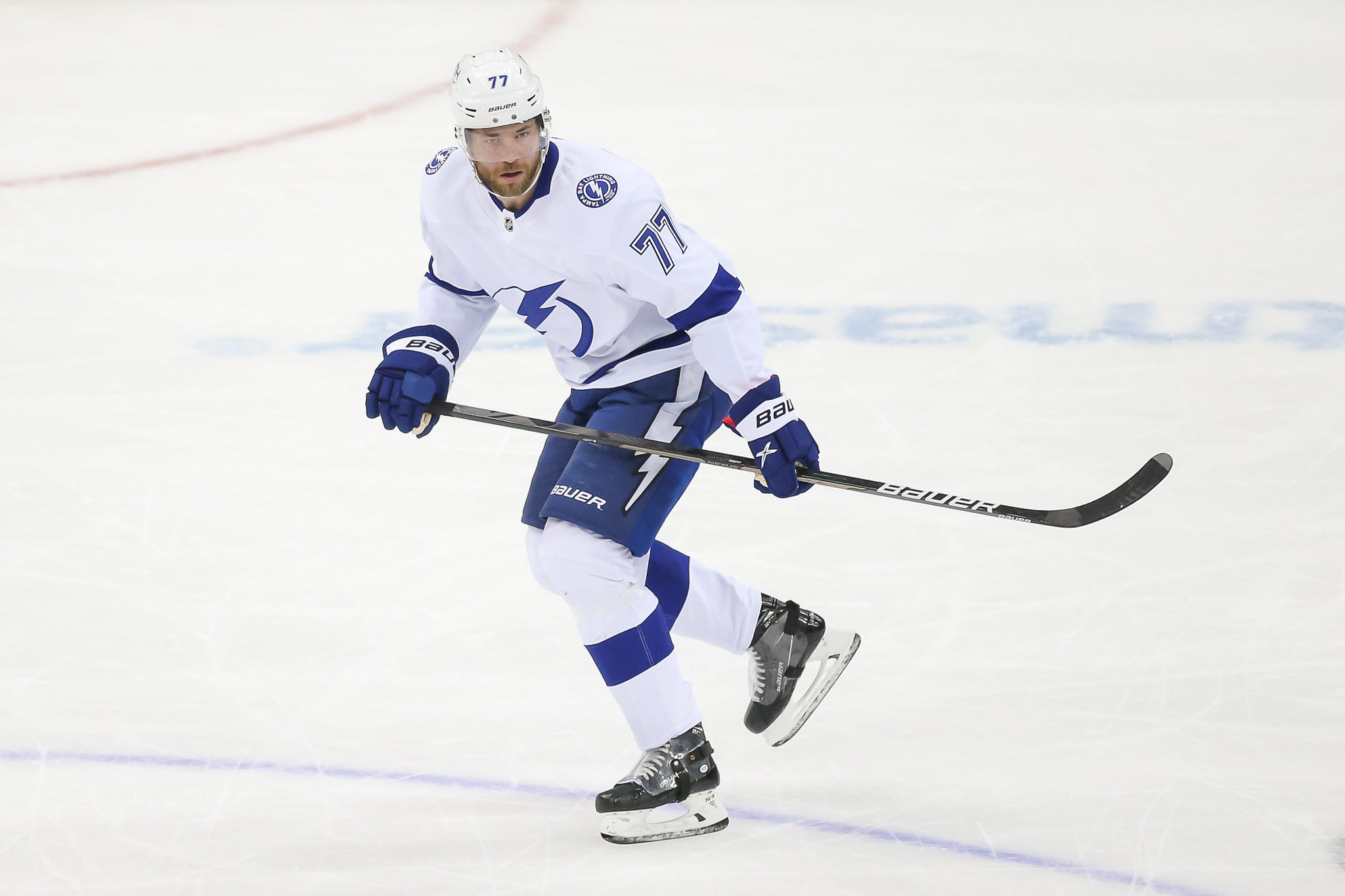 In this edition of NHL Talk, these are the top storylines with quotes from players, coaches, managers, and more.

New Jersey Devils defenseman Dougie Hamilton scored his first game-winning goal for his new team in a 3-2 overtime win against the St. Louis Blues on Sunday. He signed a seven-year, $9 million average annual value (AAV) contract with the Devils on July 28, 2021, and has 24 points (nine goals, 15 assists) through his first 36 games with New Jersey. His goal on Sunday came at 1:12 of overtime, roofing the puck for the win after receiving a backhand pass from Devils forward Pavel Zacha.

“I was just trying to read [the play] and see where the puck was going and jump by my guy, if possible,” Hamilton said. “I was able to do that, and ‘Pav’ made a great pass and I just put it in.”

Dallas Stars forward Jason Robertson scored a hat trick for the second consecutive game in a 6-3 win at the Minnesota Wild on Sunday. He scored the first hat trick of his NHL career in the game prior, a 4-3 overtime win against the Winnipeg Jets on Friday. After being named a Calder Trophy finalist as one of the league’s top rookies last year, he has 54 points (29 goals, 25 assists) in 47 games this season.

“I’m just glad we won the game and didn’t blow that lead,” Robertson said. “It was pretty neat. … My linemates worked really hard today and got those opportunities, and when you start feeling good, you start to shoot the puck more with more confidence.”

The Tampa Bay Lightning made history on Sunday, setting its new franchise record for fastest three goals scored, in a 6-3 win at the Chicago Blackhawks on Sunday. The Lightning led, 3-2, to start the third period, before the onslaught of goals from defenseman Victor Hedman at 1:51, forward Corey Perry at 2:04, and defenseman Mikhail Sergachev at 2:23. The three teammates are the fastest Tampa Bay trio since Vincent Lecavalier, Michal Ouellet, and Jason Ward scored three in 42 seconds in an 8-4 win against the New York Islanders on March 11, 2008.

“It’s crazy,” Hedman said. “We were shooting pucks, and good things happened. It felt quick. I didn’t know it was that quick. Credit to the guys for stepping on the gas in the beginning of the third period and putting the game to bed.”

Vegas Golden Knights forward Jack Eichel scored a power-play goal on a wrist shot from the left face-off dot with 5.2 seconds left in the third period to secure victory in a 2-1 win against the Ottawa Senators on Sunday. He improves to six points (three goals, three assists) in his first nine games as a member of the Golden Knights. Eichel and Vegas only trail the Los Angeles Kings by one point for second place in the Pacific Division.

”That’s what you miss, just making a difference,” Eichel said. ”You’re just trying to help the team win. As a competitor, you miss competing and being out there and having moments like that, helping win hockey games. … It’s kind of the first time I’ve been in a situation like this where every game means something. Every team seems to be winning and you just need to keep trying to find two points every night.”

Tom Pepper is a hockey podcaster and columnist in Toronto, Canada. He hosts The Hockey Writers Podcast on iHeartRadio and wherever you listen to podcasts, every weekday (Monday to Friday), and writes the daily “NHL Talk” column. In addition, he is a diehard Seattle Kraken fan and writes the “Kraken News & Rumors” column. Follow @TomPepper on Twitter and turn on notifications for an updated feed of Tom Pepper’s hockey content.