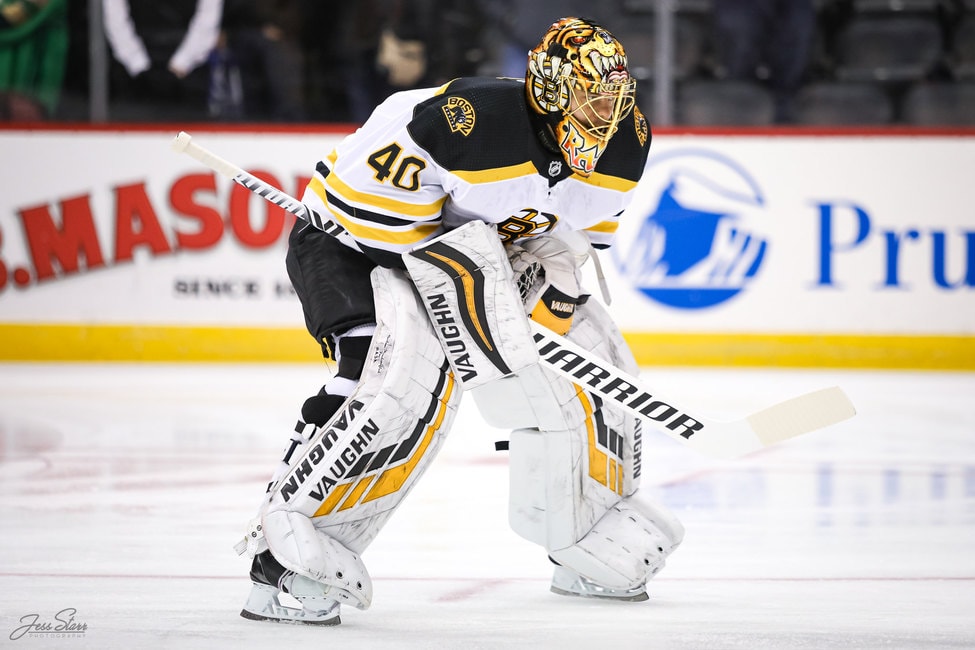 The future of Tuukka Rask may not be with the Boston Bruins. At least, that’s if Elliotte Friedman’s latest comments on the situation are to be believed at face value.

While appearing on the Jeff Marek Show, Friedman was asked about Rask’s future and if it’s “Boston Bruins or bust” for the Finnish netminder. Marek was asking in the context of a team like the Edmonton Oilers potentially being an option for Rask.

“I don’t know if it’s Boston or bust, at least that’s not the information that I’ve heard,” Friedman said, “I’ve just heard that the Bruins remain his No. 1 priority. We’ll see what happens but that’s what I’ve heard.”

Friedman is one of the best insiders in the NHL and should absolutely be given the benefit of the doubt whenever he has an opinion on team transactions. Very few people have their finger on the pulse of a situation more than Friedman across all sports, and it’s entirely likely a trusted source gave him information that’s led him to this line of thinking.

It’s also important to take these comments as comments made in passing rather than an official report made through his social media channels. While the words still hold weight, Friedman is also allowed to speculate and infer based on information he’s gathered; whether or not this means there’s a one percent chance, a 100 percent chance or somewhere in between that Rask plays elsewhere isn’t known.

Related: Bruins Will Have Interesting Goalie Situation When Rask Returns

Out of a show that spanned 22 minutes, this discussion was allotted around 30 seconds of discussion (around the 17:45 mark of the show). It wasn’t a lengthy discussion with numerous details, it was simply a mention that the Bruins aren’t the only option for Rask, without any context explaining the situation. It’s also entirely possible that Friedman meant that other teams would have interest in Rask, more so than Rask would have interest in signing with another team.

What Bruins’ fans can take at face value, however, is that Rask himself has said he doesn’t want to play anywhere else. He’s also skated at the Bruins’ practice facility with Bruins’ training staff and in his Bruins’ gear. Whether this is a courtesy or not, it still feels like Rask isn’t on the outs with the team.

Rask’s Future With Bruins Seems Likely But Not Guaranteed

These were the comments made by Rask in August about his future:

“I have been so lucky to be part of only one team in the NHL,” Rask said. “For me, it’s about that pride of playing for one team and one team only. I have no reason to chase the money anymore and go somewhere else. It’s going to be one of those things where the Bruins are my home, Boston is my home. I’ve always wanted to play here, wanted to stay here. So the money won’t be an issue. We had a conversation with [Bruins general manager Don Sweeney] and I will be a cheap goalie for them.”

And as for the issue of money, Rask would also make it clear that the focus for him at this point in his career isn’t based on financials.

“I would say I’m not looking for a $7 million contract anymore. I just like to help the team out. I feel like I’m a veteran goalie and there are some young guys coming in, so whatever I can do to help the guys out I will do it and end my career as a Bruin.”

Rask returning to the Bruins has seemed like an open-and-shut case from the beginning. This isn’t to say that Rask can’t change his mind about where he wants to play, though. It also isn’t to say the Bruins are locked in on bringing Rask back to the team when he’s fully healthy.

It would certainly be weird seeing Rask playing for any team other than the Bruins at the NHL level, but he’s also definitely earned the opportunity to play wherever he wants should he decide to look elsewhere. Still, that doesn’t feel like something he’s been interested in at all when speaking publicly on the situation. It doesn’t feel like this is going to be another Kyrie Irving-type situation in Boston, but crazier things have happened.

Related: Bruins Would Be Making a Mistake Signing Tuukka Rask

Though Rask doesn’t plan on receiving a big contract from the Bruins, it’s possible that another NHL team in need of a goalie looks to Rask to fill their needs in net and offers him more money than he can reasonably turn down. There’s also the chance that the Bruins decide the pairing of Jeremy Swayman and Linus Ullmark is the one they want to run with, leaving Rask without a clear path to starts, thus leading to him not being signed.

Neither of these situations is so far-fetched that they shouldn’t at least be considered, but neither feels like they’ll ultimately happen over Rask returning to the team as planned. It’s felt inevitable since the news of his surgery and though these comments from Friedman may create some concern, it doesn’t feel like the situation has changed enough to warrant actual fear.

Brandon Share-Cohen has covered the NHL and various professional sports for six years. Working with The Hockey Writers, Brandon works extensively on covering the Boston Bruins in addition to his role as the News Team Lead.

Hurricanes re-sign Lajoie for 2022-23
Blackhawks Should Target These 4 Dallas Stars in Kane Trade
What’s next for the NHL and the Metaverse?
Onyebuchi excited to be back for year two
Blues Prospects: Who’s Next in Line?