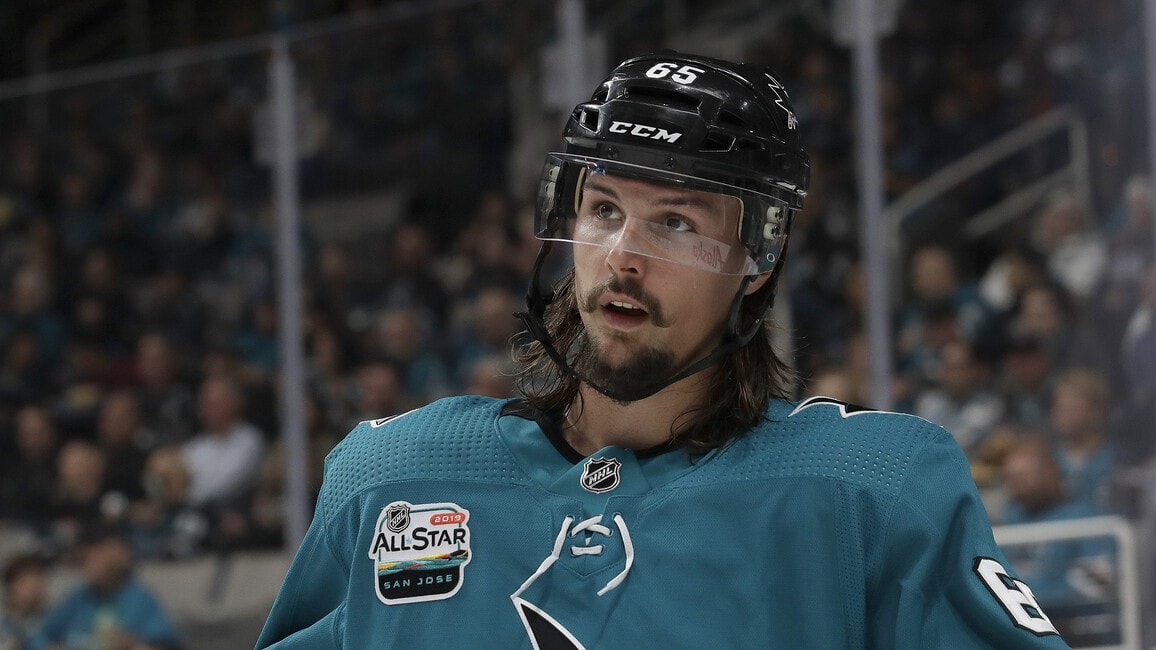 Every franchise has opposing players who have done their team dirty in the past. I’m sure Philadelphia Flyers fans wouldn’t mind Wayne Gretzky taking a few shots from Rocky Balboa after he won two Stanley Cups against them. However, what about the hated players from your own team?

I’m not entirely positive the San Jose Sharks have featured, or do feature currently, a player that is just universally hated and loathed in the teal and white. As with any passionate fan base (as San Jose truly is), there are going to be those who rubbed fans the wrong way. I’ve singled out a few, while maybe not seen by all fans as the hated enemies, players that a good portion of Northern California hockey fans would simply love to forget.

The Disappointment That Was Ed Belfour

We need to give Dean Lombardi credit for taking a chance on Ed Belfour. This was the first move he made as solo GM with his big boy pants on. Sitting only three points out of the playoffs (despite being last in the Pacific Division), Lombardi traded for Belfour. We don’t need to stress the history of Belfour, but if you need a refresher, he won two Vezina Trophies and was a three-time All-Star at the time of the deal. Lombardi rolled the dice with this acquisition. Belfour went 3-9, sporting a 3.41 goals-against average (GAA) and .884 save percentage (SV%). Needless to say, San Jose did not make the playoffs that season.

While Belfour was absolutely dreadful for the Sharks, it was the following offseason that set the tone. As a fan, you obviously have the right to be frustrated at a player for underperforming for your team (more on that later). However, in Belfour’s case, when that player wants to wash his hands of your franchise with no real explanation, that’s a different story. The Sharks wanted Belfour to stay, so much in fact the team hired Darryl Sutter to try and appease Belfour and his agent Ron Salcer.

“He felt [hiring Sutter] was a definite commitment by the team to instill the discipline and winning attitude that was missing,” said Ron Salcer, Belfour’s agent at the time. “He is real pleased. I would anticipate that Eddie would be a San Jose Shark and we are interested in making it a career in San Jose.”

As most stories go involving agents promising a client’s commitment, Salcer was full of crap. The agent of the All-Pro goalie made Lombardi and the Sharks look like the court jesters’ of the NHL. Belfour signed with Dallas for less money because he saw them as a stronger team. While terms were never disclosed, Belfour (at the time) was the highest-paid player in Dallas Stars history with the contract.

Ironically enough, the Sharks faced Belfour in the playoffs during his first season with Dallas; the Shark Tank was sure to let him have it (San Jose lost the series 4-2). Despite all of the drama from the Belfour year, the Sharks were able to get one thing right after that disastrous Belfour experimental season.  The team’s bad play with Belfour enabled them to take Patrick Marleau with the second overall pick of the 1997 NHL Entry Draft.

Raffi Torres Goes From Villain to Hero to Villain

The Raffi Torres legacy in San Jose is a rather strange one. The NHL has seen their fair share of heavy hitters over the years; Torres has been one of the more notorious in recent memory. His story with San Jose ends the same way it began: a cheap shot.

This strange saga started during the 2006 Western Conference Semifinal. The favored Sharks were up 2-0 on the Edmonton Oilers, and the anticipation in San Jose was at an all-time high. Going into Game 3, fans smelled blood in the water. San Jose was almost assured of heading to the Stanley Cup. That was until Torres changed the course of the series. Torres took out Sharks’ promising rookie, Milan Michalek. That hit changed the momentum of the series, as San Jose failed to find their footing after the incident. As a result, the Edmonton Oilers advanced to the 2006 Stanley Cup Final.

Years later, with that incident seemingly in the rearview mirror, the Sharks traded a third-round pick in the 2013 NHL Entry Draft for Torres. The player who ended the Sharks’ run at the Stanley Cup was now playing in teal. Fans, while absolutely having a right to hate his guts, did end up embracing Torres. However, the nature of his game ended his time with the Sharks and appeal to the fanbase.

Related: Sharks Vlasic And Simek Could Be Lineup Scratches By Seasons’ End

In the first instance, during a 2013 second-round playoff matchup with the Los Angeles Kings, Torres took out Jarett Stoll. The NHL would suspend him for the rest of the series (which San Jose lost). The final straw came during a 2015 preseason game against the Anaheim Ducks. Torres fired an illegal check to the head of Ducks forward Jakob Silfverberg. The hit resulted in a 41-game suspension for Torres, who never played an NHL game after that incident.

It’s Okay To Be Resentful of Erik Karlsson

As mentioned in the Belfour section of this article, fans have a right to be upset when a player underperforms. Erik Karlsson is not a hated player by any means (I’d argue he’s disliked by a good majority). Karlsson, who’s getting paid $92 million over nine years, has been extremely underwhelming during his Sharks tenure. A former Norris Trophy winner, he had seasons with Ottawa of 82, 78, 74 and 71 points. His season-high point total for San Jose is a minuscule 45 points.

Beyond the lack of production from Karlsson, there is still a small majority of fans who haven’t forgotten his incident with current teammate, Marc Edouard Vlasic. While the two have seemingly made up, there was an obvious lack of respect between the two at one point in their careers. Fans love the energy and passion from Pickles; he’s always been a fan favorite (the complete opposite end of the spectrum that this list is portraying).

San Jose has had some real pain in the butt players over the years. This fan base, while passionate, knows that you’re a Shark for life when you put on the teal sweater. While the three players mentioned have indeed rubbed fans the wrong way, they’ve all made some contributions to the roster. I just wouldn’t expect Belfour, Torres, or Karlsson to be welcomed back for the team’s 50-year anniversary celebration.

Growing up in South Florida, I’ve lived through the “Year of the Rat”. I’ve seen my fair share of Blue Jackets triumphs and failures living in Ohio. Now, I look to Northern California and the Sharks as my new home team.