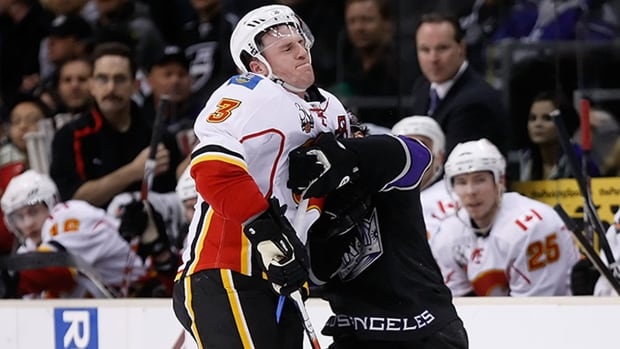 Phaneuf’s announcement ends a career that spanned 14 NHL seasons. He hadn’t played since appearing in 67 games with the Los Angeles Kings in the 2018-19 season.

“As I look back, it’s hard to encapsulate and thank the great number of people who supported and guided me both as a player and a person throughout my career,” Phaneuf said in a statement. “I was very fortunate to play in the NHL for a long time.”

The Edmonton native was selected ninth overall by Calgary in the 2003 NHL draft, and was named to the league’s all-rookie team in 2005-06 when he put up 20 goals and 29 assists in 82 games. He finished third in Calder Trophy voting for the NHL’s rookie of the year.

He became a star in Calgary, known for scoring prowess from the blue-line as well as dishing out punishing hits. He was named an NHL first-team all-star in 2007-08, when he had a career-high 60 points (17 goals, 43 assists) and had a plus-12 defensive rating.

“When I got here when I was 19, he was a guy that I looked up to, and I still do today.”<br><br>Morgan Rielly spoke about his relationship with former Leafs captain Dion Phaneuf: <a href=”https://t.co/UNr7xfxMV7”>pic.twitter.com/UNr7xfxMV7</a>

A three-time all-star Phaneuf had 137 goals and 494 points in 1,048 regular-season games with Calgary, Toronto, Ottawa and Los Angeles. In 55 playoff contests, he added 21 points.