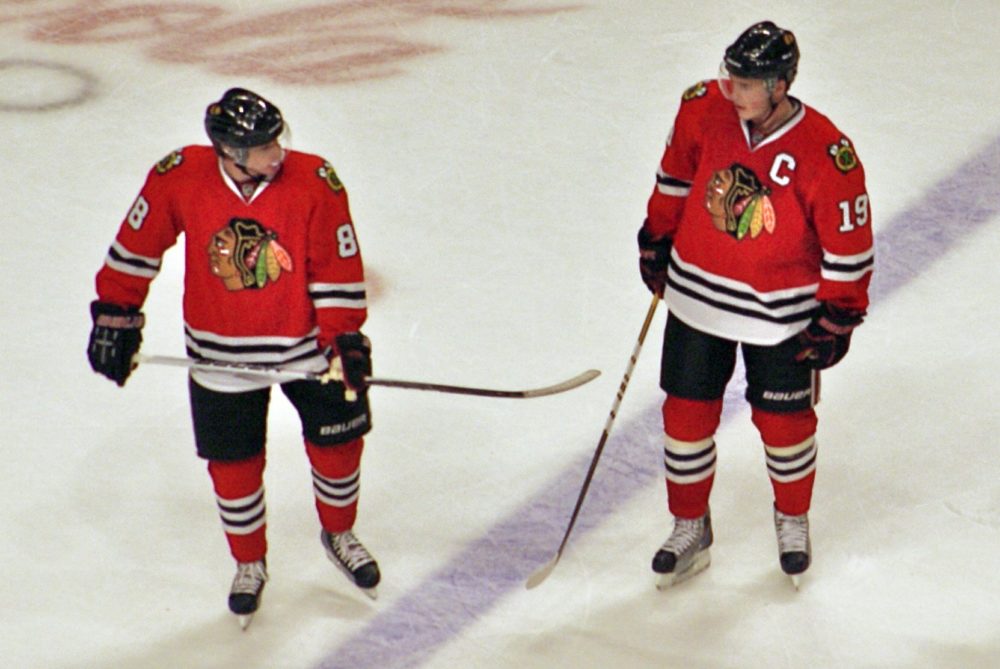 In today’s NHL rumors rundown, is there any way the Chicago Blackhawks approach Patrick Kane or Jonathan Toews and ask either to waive their no-trade clauses to facilitate a move this season? Meanwhile, are the Montreal Canadiens interested in trading for winger Vitali Kravtsov? Is John Tavares healthy enough to play against the Philadelphia Flyers on Wednesday? The Vancouver Canucks have assigned Travis Hamonic to the AHL and finally, the Anaheim Ducks have placed Bob Murray leaving while an ongoing investigation is pending.

Kane and Toews Not Part of Blackhawks Future?

According to ESPN.com’s Greg Wyshynski, the Blackhawks should approach Patrick Kane and Jonathan Toews and determine whether or not either player wants to be part of a real rebuild. The Blackhawks tried to take a shortcut on a rebuild when they signed Seth Jones and traded for Marc-Andre Fleury, but unless they turn things around quickly, it will be clear to everyone that an actual rebuild is needed.

As per Wyshynski, a former NHL general manager told him the Blackhawks should attempt to move them to a club with Stanley Cup aspirations and that could fetch the Blackhawks some assets that might help turn a corner in the rebuilding process. Wyshynski writes:

“You have to get your new Toews and your new Kane. Because in two years, if you’re still trying to build around those guys, guess what? They’re going to leave for free because they’re not going to stay with a rebuilding team at that age. This is simply the way of the NHL now.”

Among the players the Blackhawks should not move are Dominik Kubalik who is a pending 26-year-old forward restricted free agent with arbitration rights or Alex DeBrincat, among a few others.

Canadiens with Interest in Kravtsov

According to Frank Seravalli of Daily Faceoff, the Canadiens are one of two teams who have shown interest in trading for Vitali Kravtsov from the New York Rangers. Kravtsov went back to Russian after he didn’t make the Rangers roster and was assigned to the AHL. He was none-too-pleased and refused to report. He’s been playing great while in the KHL.

According to Seravalli, “League sources say the Montreal Canadiens and Ottawa Senators were the two teams who expressed the most interest in Kravtsov..” He adds, “The Rangers gave Kravtsov’s agent, Dan Milstein, permission to help seek a trade.” What the ask is from the Rangers end is not clear, but the price is apparently high.

Tavares Could Play on Wednesday

According to a report by Sportsnet, John Tavares was practicing on Wednesday as though he might play against the Philadelphia Flyers. They write, “Both forwards missed Tuesday’s practice with undisclosed ailments suffered in Monday’s loss to the Los Angeles Kings, so coach Sheldon Keefe views it as a positive sign that they returned to the ice.”

The other forward they were referring to was Ondrej Kase and both Tavares and Kase will be game-time decisions. If Tavares can’t go, the Leafs could debut KHL import Kirill Semyonov, who would slot into the fourth line and bump Nick Ritchie up with Mitch Marner and Alexander Kerfoot.

Canucks Assign Hamonic to AHL Ahead of Road Trip

The Vancouver Canucks have officially assigned Travis Hamonic to the AHL ahead of their three-game road trip to the U.S. Ben Kuzma of Postmedia notes that the defenseman is not considered fully vaccinated, so traveling to the United States would mean facing quarantine restrictions upon his return to Canada.

An investigation had been ordered by the Anaheim Ducks into an issue related to professional conduct by General Manager Bob Murray. Apparently, that investigation uncovered something worthy enough to Murray taking a leave of absence from the team and the Ducks released a statement on Tuesday.

We recently became aware of accusations of improper professional conduct against Bob Murray. After internal review, we enlisted Shephard Mullin to perform an independent investigation. Upon recommendation from their initial findings, we have decided to place Bob on administrative leave pending final results. In the interim, Vice President of Hockey Operations and Assistant General Manager Jeff Solomon will assume the role of Interim General Manager. We will have no further comment until the investigation is complete.