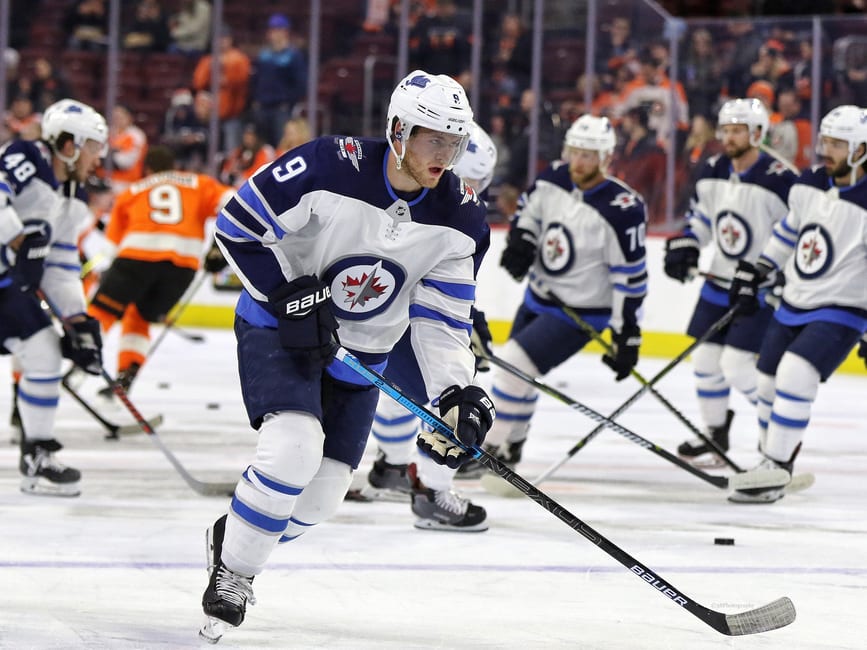 When Andrew Copp first broke into the NHL, his role with the Winnipeg Jets wasn’t exactly ideal. Playing bottom-six minutes behind better-known names isn’t exactly a recipe for success, and that was reflected via Copp’s production in his five seasons in the league.

Now, following some much-needed roster turnover, Copp seems to be thriving in a higher leverage role, finally seeing time in bigger opportunities and on the power play. After failing to eclipse the 30 point plateau in his first three full seasons in a Jets uniform, Copp posted 39 in a shortened 2020-21 campaign and is off to a blazing start this season.

After signing a one-year “prove it” deal prior to the season, Copp has undoubtedly proven much more than many were expecting of him. With 12 points through his first 11 contests, the fascination behind Copp’s development has seemingly halted, as the Michigan native has cemented himself as a key part of the Jets offensive strategy.

With Copp set to hit the open market at season’s end, now might be a good a time as any to bring him back, since his impact has been monumental to start the year.

As I alluded to earlier, Copp has played behind the likes of Paul Stastny, Mark Scheifele, and Blake Wheeler for the vast majority of his career. Now, with Scheifele and Wheeler struggling and dealing with injury complications, Copp has grabbed a hold of the Jets’ second-line centre position and is continuing to thrive.

Playing further down the lineup often limited Copp’s opportunity to succeed offensively, but now that he’s been given a legitimate shot, he’s continued to prove that last year was no fluke.

Copp’s transition back to his natural position at centre has also continued to pay dividends for the Jets. Not only is he creating offensive chances but he’s also doing so at a more efficient rate. Simply being on the ice more often has worked wonders for his offensive development and he’s been a crucial part of Winnipeg’s dynamic power play structure to start the year.

Copp’s Corsi for percentage has hit a career-high through the Jets’ first 11 games, currently sitting north of 50% (53.4% to be exact). Not only is that metric far better from his previous career-high of 48.4% in 2019-20, but it also means that the Jets possession and shot numbers as a whole have significantly increased with Copp on the ice.

Related: Jets Should Not Be Concerned by Ehlers’ Slow Start

Perhaps a more intriguing stat line is Copp’s zone starts. Up until this season, his zone start percentages were never truly balanced, as Copp, more often than not, found himself starting a shift in the defensive zone. With his oZS% always hovering around 40%, it’s not hard to see why he didn’t generate much offense to start his career.

Now, the story could not be more different, as Copp’s oZS% has risen to 50% flat. A nine percent increase is absolutely massive on its own, but partner with a significant jump in ice time and Copp’s hot start has been can certainly be attributed to how he’s being used on a game-by-game basis (from, ‘There’s really no surprise in ascendance to stardom for Jets’ Copp’, The Winnipeg Sun, November 6, 2021).

Copp Will Earn a Much Deserved Raise

With Copp set to hit unrestricted free agency at the end of the season, he’s undoubtedly set to earn a much-deserved raise. After playing a secondary role within the Jets lineup for so long, he’s seemingly hit his stride and has continued to flourish offensively. Backed by a significant increase in ice time and a balanced palette of advanced metrics, Copp has played an integral role in the Jets’ offense so far this season.

With there being a constant need for consistent offensive production, there should be a long list of teams waiting to offer Copp a long-term contract. Whether the Jets join the line or not remains to be seen, but Copp is certainly making the most of his opportunities.

What type of contract will Copp receive in the offseason? How has he been able to improve this year? Let me know in the comments.

Currently a sport media student at Ryerson University in Toronto, Josh Kim is a freelance photographer and journalist with The Hockey Writers. Having worked within the ECHL, PWHPA, and OHL in a variety of content-based roles, Josh has been working in sports for the past 5+ years and currently finds himself working with Ryerson athletics as a sports photographer. With The Hockey Writers, Josh chases feature stories while also covering the Winnipeg Jets, the World Juniors, and the NHL Entry Draft. While hockey continues to be his main focus, Josh is also a fully credentialed WNBA writer and the host of the Get Your Head in the Game podcast, which emphasizes the connection between mental health and sport. If you’re interested in seeing a full display of his work, if you’ve got a story tip, or just want to get in touch, please find Josh’s socials linked below his articles and visit his website: joshkimphoto.com