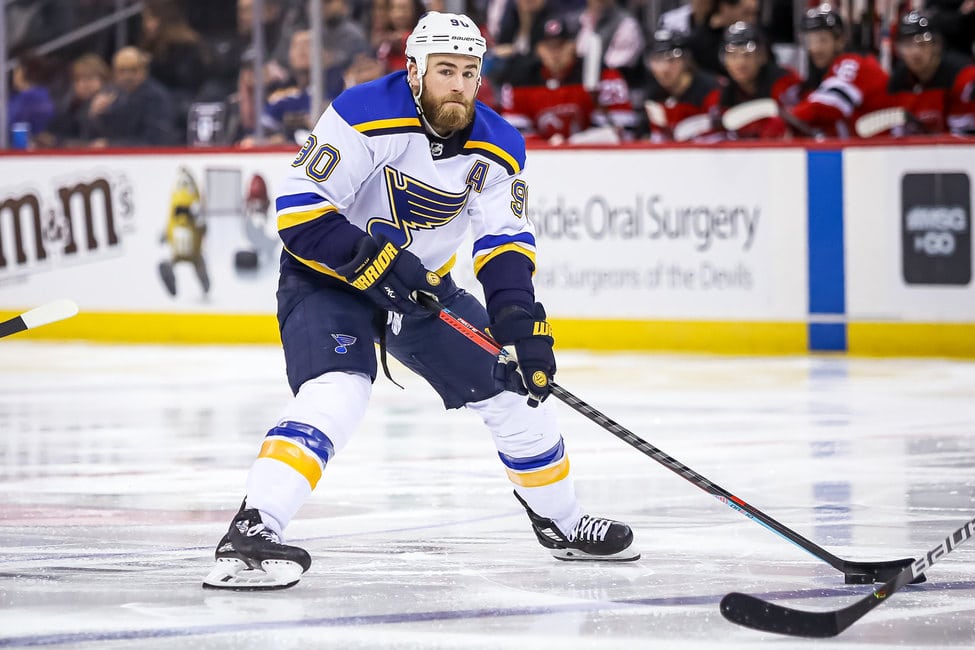 The St. Louis Blues are off to a tremendous start, boasting a Western Conference-leading .857 win percentage and a 6-1-0 record. Their schedule will get much more difficult this month, with many matchups against good hockey teams ahead.

Here I’m taking a page out of THW’s New York Islanders team‘s book with an article similar to Mike Fink‘s Games to Watch this month. The Blues play 15 games in November against many elite opponents.

The Carolina Hurricanes are the last remaining unbeaten team in the NHL with an 8-0-0 record. Justin Faulk will make his return to Carolina for the first time since he was traded before the 2019-20 season. The last meeting between these two teams was on Feb. 4 in 2020, when the Blues won 6-3 off three-point nights for Ryan O’Reilly and Brayden Schenn.

Assuming the Blues keep the O’Reilly, David Perron, and Brandon Saad line intact, keep an eye on how they handle the Canes’ top line. Carolina has some of the most dynamic players in the league, with Sebastian Aho and Teuvo Teravainen on the top line, plus Andrei Svechnikov and Martin Necas on the second line.

Carolina also has a great defense led by Jaccob Slavin and Brett Pesce, with many new faces. The Blues will need to be near full health and ready to go for an electric game against the Hurricanes at PNC Arena. This will be a fun one.

It’s notable when two of the best players in the league, Connor McDavid and Leon Draisaitl, come to town. They will arrive in St. Louis as the Blues complete a difficult back-to-back on Nov. 14. The Blues have won four of the last five meetings dating back to Dec. 2018.

We’ve seen O’Reilly and the Blues frustrate McDavid before; he’s scored only 11 points in 15 games against St. Louis. That’s not a lot considering he’s scored over a point per game against every other team except for the Chicago Blackhawks, and Buffalo Sabres. But it’s always fun to get to see the best player in the world.

The Blues and Stars were in separate divisions last season, so this game will renew a rivalry we have not seen since an exhibition game in the bubble. The Blues have won four of the last five games against the Stars, including a couple of shutdown wins when the Blues allowed one goal.

These two teams don’t like each other. They’ve played twice in the second round of the playoffs in the last five seasons, and the Blues won both times. Dallas is struggling in 2021-22, but they know the Blues. Former Stars head coach Jim Montgomery is still an assistant on the Blues staff, so they may try to use his knowledge here.

The Stars rank near the bottom of the league in goals scored, so the Blues are the better offensive team, but you never know what will happen in a divisional matchup, especially on a Saturday night.

This will be the second matchup of the season for these two teams after the Blues earned a 1-0 shutout victory in their first meeting. St. Louis will return to the United Center for the first time since they won 2-0 in March 2020.

The Blues are a better team than the Blackhawks and have won five straight against them, three by shutout. But again, these rivalry games are always unpredictable. We’ll see if the Blues can stay hot against the Blackhawks on a fun Friday afternoon game the day after Thanksgiving.

The defending back-to-back Stanley Cup champions come to town on the final day of the month, making it the first matchup between these two since Nov. 27, 2019. The Tampa Bay Lightning aren’t the same team after losing Nikita Kucherov to an injury and their identity line from last season, but they’re still very good.

This will also be the second game back in St. Louis for hometown hero Pat Maroon. Maroon has won three straight Cups since he came to St. Louis in the summer of 2018. This game should attract a large crowd, and the Blues will look to stay hot as they’ve won four straight over Tampa Bay.

Other Notable Games in November

The Blues will also renew their “rivalries” with the Winnipeg Jets and Nashville Predators this month, as well as seeing the Vegas Golden Knights in St. Louis for their second matchup of the season. This is a month with some fantastic games on the schedule.

The Blues were among the best league’s best in October, but the schedule certainly heats up this month.

I have been covering sports for nearly a decade. I started with FanSided as a Baseball Contributor. Now I am writing about the NHL and the St. Louis Blues for The Hockey Writers. I grew up in Central Illinois as a huge fan of every sport. Finally, I do various podcasting across all major platforms.