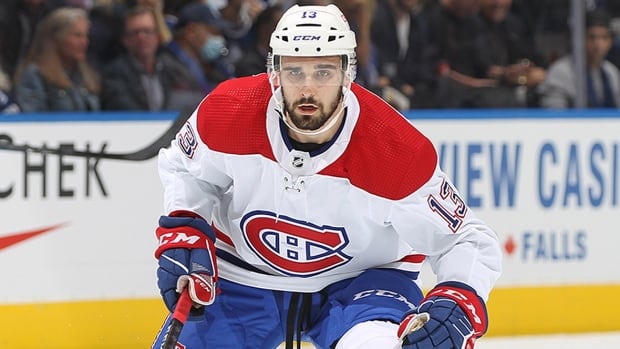 Montreal Canadiens forward Cedric Paquette will have a hearing with the NHL on Monday following his boarding penalty on Anaheim Ducks winger Trevor Zegras.

Paquette was assessed a five-minute major penalty and game misconduct on Sunday for his hit on Zegras at 10:17 of the first period of the Canadiens’ 4-2 loss to the Ducks.

Zegras took issue with the hit and retaliated against Sonny Milano, earning a roughing minor in the ensuing scrum.

Zegras, 20, missed the remainder of the first period before returning for the second.

Paquette, 28, has yet to record a point in eight games this season. He has 51 goals and 93 points in 432 NHL regular-season games with the Tampa Bay Lightning, Ottawa Senators, Carolina Hurricanes and Canadiens.

Ryan Getzlaf’s assist on the game-winning goal set the Anaheim all-time points record with 989. The Ducks handed Montreal a 4-2 loss. 1:48

IceHogs add Klinkhammer as assistant coach
What’s next for the NHL and the Metaverse?
Canada scores early, often to down Sweden, claim gold in Hlinka Gretkzy Cup
Canadiens Who Just Missed Out on Calder Trophy Before Caufield
Devils’ Next Number Retired Needs to Be John MacLean