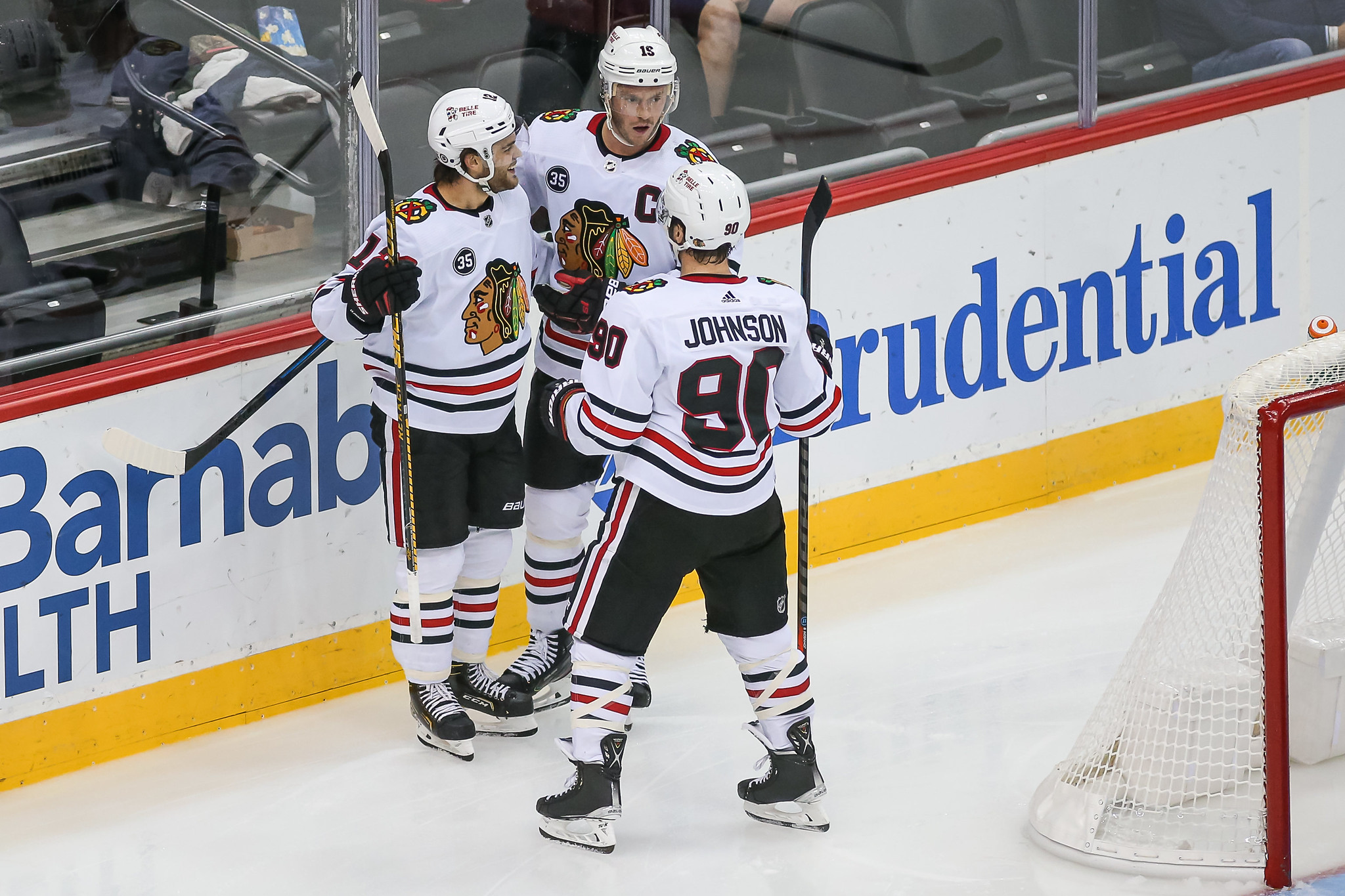 The Chicago Blackhawks have had a miserable start to the season. They carry an 0-7-2 record and have not won a game in the entire month of October. That seems impossible considering the roster that they have. The Blackhawks have not been competitive for around five years, and yet, it’s hard to remember a time where they looked this bad. A lot of the issues that have been plaguing their performance can be attributed to factors that are out of their control. The players can’t control the coaching staff behind the bench, and they can’t control the roster that is put onto the ice every game. However, there are aspects of the game that are in their control, and they’re losing it. They have become their own worst enemy. Here are some examples.

When you look at supposed good teams that struggle, it’s usually due to players underperforming. The Toronto Maple Leafs are a great example. They started the season with a four-game losing streak and their team is filled with All-Stars like John Tavares, Mitchell Marner, and Auston Matthews. They’re not a bad team, they were just underperforming. I’m not saying that the Blackhawks are anywhere near Toronto as far as talent goes, but they’re similar in that Chicago’s All-Stars are not performing anywhere near acceptable.

Marc-Andre Fleury is a future Hall of Fame goaltender. He is the one player fans weren’t worried about going into the season and he has struggled. In five games, he has 4.66 goals-against average (GAA), and a .872 save percentage (SV%). His career average is 2.56 GAA and .913 SV%. During those five games, he has let in multiple goals that were very uncharacteristic of him. He hasn’t looked like himself.

Fleury seemed to regain his footing against the St. Louis Blues by only allowing one goal on 37 shots. They’re going to consistently need that version of him if they want to go on any winning streak, mainly because the offense has had trouble scoring goals.

Related: Marc-Andre Fleury’s Case as a Hall of Famer

I’m putting Jones and McCabe together because they’re both big signings from the offseason that are supposed to improve their defense. Right now, at five-on-five play, the Blackhawks allow the most goals against in the NHL at 29. That is also contributed to the poor team defense as a whole, but the defensemen aren’t doing them any favors. Both of these defensemen got big paydays by the Blackhawks this summer; Jones got an eight-year, $76 million contract. McCabe got a four-year, $16 million contract. So far, it has been disappointing.

Per Natural Stat Trick, these stats give us more insight into their play. At five-on-five, Jones has two goals for, 11 against and is a minus-10. McCabe has three goals for, 12 against, and is a minus-9. Ironically, Jones has been producing. In nine games, he has seven points – in fact, he leads the team in points. McCabe only has one point in nine games. The season is still early, but both of them need to get in some kind of rhythm on defense, or this could get even more ugly.

It’s hard to include Toews in this list because he missed all of last season due to Chronic Immune Response Syndrome. With his health, we didn’t know what to expect of his play and it’s of no fault of his own. He went the first five games without a single point. It’s the first time that has happened in his entire 14-year career. Now, he has three points in nine games and is a minus-6. Like Fleury, he hasn’t looked like himself either.

Toews has been invisible a lot of the time. The one thing he hasn’t lost is his skill at the faceoff dot. He leads the team in faceoff wins at 59.56%. Not too bad! Hopefully, as he settles more into the game, he will regain his defensive and offensive capabilities. But it’s hard to win games when the captain is not himself.

Honestly, I could put the entire Blackhawks team on this list. No one has produced much, except for Alex DeBrincat, who leads the team in goals (4). Moreover, the point remains. When the big dogs don’t show up, the outcome is bleak.

Related: How Toews’ Return Will Impact the Blackhawks

Blackhawks’ Overreliance on the Power Play

The Blackhawks’ power play has been excellent. It has been one of the only bright spots so far. They have scored at least one power-play goal in all but two games. They rank 10th in the league with a 25% success rate. However, I don’t think they take advantage of it enough. The team has problems scoring at even strength. Their seven goals for are tied with the Dallas Stars for the fewest in the NHL. Because of that, they have to rely on the power play to win games. It’s backwards, but that is where they’re at.

The Hawks have an odd pattern where they usually score on their first power-play opportunity and then go cold for the rest of the game. For example, against the Maple Leafs on Oct. 27, they went 1/3 and lost the game 3-2. Against the Carolina Hurricanes on Oct. 29, they went 2/8 and lost 6-3. Against the Blues on Oct. 30, they went 0/2 and lost 1-0. If they convert on most of those chances against those opponents, then we’re talking about possible wins, or at least putting themselves in a good position to win. Therefore, the power play is good, but it could be even better.

“Lead” is a very fickle word in Chicago right now. They set an NHL record by playing 360 minutes and 57 seconds without holding a lead to start a season. The record was originally set by the California Golden Seals in 1970. Their first lead came against the Maple Leafs when Kirby Dach and DeBrincat scored two quick goals to put the Blackhawks up 2-0. Against Carolina, they led in the game twice. The Blackhawks haven’t put themselves in good positions to win games, but during the times they have led, they did. Alas, they handed it right back to the opposition. That can’t happen. It seems like no lead is safe with this team. They can’t close out games and it’s frustrating.

The tough thing about all the points above is that these trends don’t just apply to the current Blackhawks’ season. All of these things have been happening for the past few seasons. It resulted in not making the playoffs for the last five years. It helped them lose before, and it will continue resulting in losses if it’s not fixed. The team can improve the power play and overall scoring, they can get better at holding leads, and the big-time players can show up. That is all in their control and can be critical to their success if they get out of their own way. But if they decide not to steer the ship right going forward, then they’re going to crash. And that’s on them.

November is a new month and a new opportunity. They can turn this around and improve. Hopefully, the Hawks make the most of it and finally get in the win column!

Are you looking for more Blackhawks content? Make sure you like, follow, and subscribe to our Youtube Channel, so you never miss an episode of our weekly show, Blackhawks Banter. We talk about everything related to the team. Here is our latest show.

Wranglers sign Sutter, four others
Devils’ Bratt to make $5.45 million in 2022-23
Fantasy hockey dynasty ranks: What will the NHL look like in 2027
San Jose Sharks 2022-23 Season Preview
Jonathan Huberdeau gets $84M, 8-year extension with the Flames