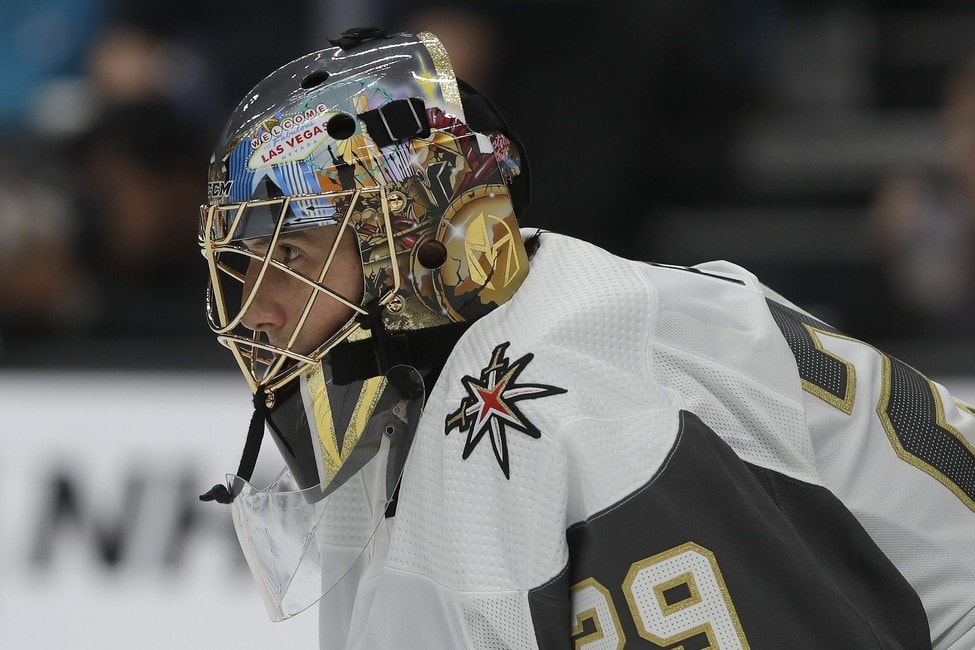 Correction: We originally posted the source as Jonathan Willis of The Athletic. Please note the article now lists Daniel-Nugent Bowman of The Athletic as the scribe who mentioned Fleury and Gibson might be of interest in his recent mailbag post for the publication. The corrections have been made in the article as it was a Nugent-Bowman piece from which the quotes were obtained.

According to Daniel Nugent-Bowman of The Athletic, the Edmonton Oilers will absolutely be keeping an eye on the goaltending market, even if the team isn’t ready to pull the trigger on a deal quite yet.

While Nugent-Bowman notes the Oilers still have confidence in the goaltending tandem of Mikko Koskinen and Mike Smith, an early injury to Smith, and a recent game where Koskinen faltered, it’s only natural that questions have already popped up and that continued questions could lead to a need to do something.

Nugent-Bowman points out two interesting options: John Gibson of the Anaheim Ducks and Marc-Andre Fleury of the Chicago Blackhawks.

John Gibson Will Be Expensive

There is a small chance Anaheim moves Gibson. That said, it would mean the Ducks have either decided he’s not a part of their long-term plans or the goaltender himself has asked to be moved. Should either thing happen, Gibson won’t come cheap.

The goaltender is signed for five more seasons after this one and that security will be attractive to an NHL club looking for stable goaltending. The asking price, as Nugent-Bowman points out, might be as high as four assets: Koskinen, a good roster player (someone like Kailer Yamamoto), a first-round pick and a top organizational prospect.

Needless to say, Gibson isn’t the likeliest of options.

To say the least, this season has not started the way the Blackhawks would have hoped. A team that traded for Fleury because they felt they could quickly turn things around with a few key adds and the right goaltender, Chicago’s season has been like a train on the wrong track and one can only imagine Fluery wouldn’t mind jumping off.

He’s in the final year of a $7 million contract that will see him become an unrestricted free agent during the summer. Whether he retires or not, this season probably matters and if he wants it to mean something, the Blackhawks’ failures could equate to a trade before the NHL trade deadline.

The longer Fleury plays for a Blackhawks team that plays next to no defense in front of him, the less he looks like an award-winning netminder and more teams are likely to wonder if he’s got what it takes beyond this year. It’s reasonable to think both Fleury and the organization come to an understanding and call the experiment to add him a failure.

Should the Oilers be a contender and the team need a proven starter, the reigning Vezina winner might be attractive. He’s not a player the Oilers would have to commit to and as a rental, it could be a deal that works for both sides. Fleury could up his value and be in a position to win. The Oilers would have the playoff performer they’ve coveted.

The ask from Chicago is unclear, assuming they’re open to moving Fleury. First, the Blackhawks paid next to nothing to acquire Fleury. He was a cap dump from the Vegas Golden Knights and the Blackhawks had plenty of room. The failed experiment will be seen by Blackhawks management as a win if they come out ahead in the deal and add an asset or two they didn’t have prior. Second, Fleury’s age and salary will rule out a few teams who might also need what the Oilers need.

“Given Fleury’s age (37 in November) and contract status, it shouldn’t cost the Oilers a ton to acquire him. However, given their cap constraints (more on that later), they’ll need to come close to making the money work. If they’re dumping Koskinen in the deal (and, remember, he has a partial no-trade clause, too), they’ll almost certainly have to add a sweetener.”

source – ‘Do the Oilers need to trade for a goalie? Is Tyson Barrie movable? Repercussions for Duncan Keith? Mailbag’ – Daniel-Nugent-Bowman – The Athletic – 10/30.2021

What is the sweetener? It might be different now than it is in a few weeks and different than it will be in a few months. If Yamamoto fails to pick things up this season, it’s unlikely the Oilers see him as a long-term fit, especially if Holland focuses on Jesse Puljujarvi. Yamamoto would be an attractive option for Chicago. But, if the winger’s play improves, that’s likely too costly a price to pay and the Oilers will want to take a shot at retaining his services. At the same time, someone like Tyler Benson might be too little.

Would the Oilers be willing to move a mid-to-late-round pick and a prospect? If the prospect’s name is Dylan Holloway, Dmitri Samorukov, or Philip Broberg, that’s a hefty price to pay and Holland will need to have lost confidence his current tandem can get the job done.

If the Oilers don’t want to move a prospect, the first-round pick in this year’s draft will certainly be available. Whether the Oilers are willing to move that pick for a rental like Fleury is an entirely different argument.