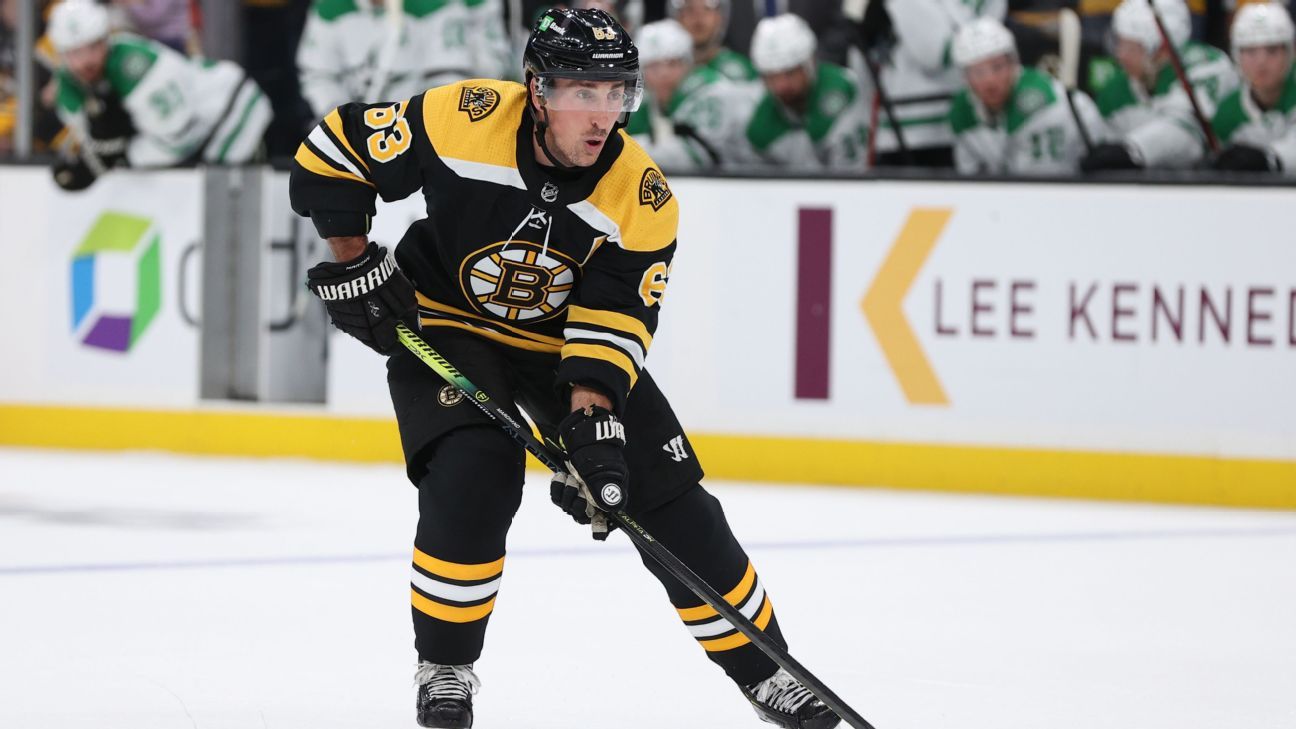 We released our NHL Rank top 100 for the 2021-22 season — a predictive list of the top 100 players for this coming season. A panel of ESPN NHL experts voted on who they thought would be the best players this season.

But that doesn’t mean we got it all right, so we asked a few of our experts to weigh in. Who was snubbed from the top 100? Who was ranked way too high? Who could shoot up the list next season?

Who is the biggest snub outside of the top 100?

Greg Wyshynski: Jared McCann, Seattle Kraken. If this is supposed to be a projection for the 2021-22 season, how is the breakout performer for the season’s most compelling team — the expansion Kraken — not invited to the party? The center opened the inaugural campaign at a point-per-game pace. Historically, he’s an analytics all-star, ranking ninth in the NHL over the past three seasons on goals scored above average (31.8). Unleash the McCann!

The NHL season opened on Oct. 12. The season will showcase 103 exclusive regular-season games across ESPN, ESPN+, Hulu and ABC and more than 1,000 out-of-market games will be available on ESPN+.
• How to watch
• Subscribe to ESPN+
• Stream the NHL on ESPN

Kristen Shilton: Tomas Hertl, San Jose Sharks. Hertl is a quietly consistent two-way performer. He was San Jose’s second-leading scorer last season and continues to show strong numbers in the faceoff dot. This season will offer Hertl even more opportunity, with Evander Kane out for the first 21 games.

Victoria Matiash: Chris Kreider, New York Rangers. One (admittedly disappointing) year removed from a head-turning campaign in 2019-20 — at least until he broke his foot — Kreider appears his old 2019 self: gritty (he has three fewer hits than Ryan Reaves), productive and clutch. Both possession numbers and the good ol’ eye test suggest the Rangers are much better with the 30-year-old on the ice than without.

Arda Ocal: Jonathan Toews, Chicago Blackhawks. Look, I know he’s coming off a long layoff due to injury, he’s 33, this Blackhawks team isn’t playing very well to start the season, but it just seems weird that he’s not in the top 100. He had 60 points in 70 games in the 2020 season, Dylan Larkin (No. 96) and Bo Horvat (No. 97) both had 53. Points are obviously not the only thing that matters. But Toews not being in the top 100 just seems off.

Name one player who is too high on the list?

Greg Wyshynski: Jack Hughes, New Jersey Devils (No. 44). There’s no question that the Devils center has shown flashes of brilliance, including early on this season before his injury. But it’s difficult to rank “flashes” above the consistent, established play of veterans like Ryan O’Reilly of the St. Louis Blues, Steven Stamkos of the Tampa Bay Lightning and the Brothers Tkachuk, all of whom are in Jack Hughes’ rearview mirror on this list.

Kristen Shilton: Brad Marchand, Boston Bruins (No. 9). No question, Marchand is a terrific player. But is he still top-10 in the NHL? Or that much better than teammate David Pastrnak, who came in at No. 26? Questionable.

Victoria Matiash: Mitchell Marner, Toronto Maple Leafs (No. 14). Following last spring’s too-short playoff run for the Maple Leafs, and this season’s stumbling start (two assists in eight games), Marner doesn’t merit his No. 14 overall ranking. Yes, he’s super-talented and, of course, he’ll get it together, but the league’s fourth-best winger? Not this season. Not in light of those ranked below.

Arda Ocal: Jacob Markstrom, Calgary Flames (No. 58). He had a rough 2020-2021 season, with a .904 save percentage, his lowest since 2015. He built up a lot of equity in the latter half of his career with the Canucks, and is off to a terrific start with the Flames this season, but as a projection, he is ahead of fellow goalies John Gibson, Darcy Kuemper, Spencer Knight, Semyon Varlamov, Juuse Saros, Jordan Binnington, Marc-Andre Fleury, Cam Talbot and Carey Price. Plenty of debate possible around a lot of those goalies in the latter half of this top 100.

Which goalie could move way up next year?

Greg Wyshynski: Ilya Sorokin, New York Islanders. Currently unranked on the list, Sorokin is going to have another superior statistical season in coach Barry Trotz’s system and could end up getting the majority of starts over Semyon Varlamov, who did make the list.

Kristen Shilton: Elvis Merzlikins, Columbus Blue Jackets. Columbus has a rising star in Merzlikins. It’s why the Blue Jackets committed to him with a five-year contract extension. And Merzlikins is living up to that investment already. He’s bound to shoot up from the sixth-ranked goalie here this season to top three by the next.

Victoria Matiash: Frederik Andersen, Carolina Hurricanes. Maybe once Andersen wins the Vezina in Carolina he’ll re-earn the respect he deserves. Too much? Well, the recent Leaf has been the best goalie since opening night, and could remain in the trophy conversation for the duration. I get this ranking reflects individual performance outside of team scope, but playing for a good Hurricanes squad will only showcase the great goaltender Andersen has been and continues to be.

Arda Ocal: Spencer Knight, Florida Panthers. Knight got two starts in the 2020-21 postseason over two-time Vezina Trophy winner Sergei Bobrovsky. He is a popular Calder Trophy pick and has won his first two starts of the season for the undefeated Panthers. I’m excited to see how his career develops. So long as Bobrovsky stays hot, it could be a 1A and 1B situation in Florida — an embarrassment of goaltender riches. But Knight will hold up his end of that bargain and increase his stock dramatically.

Which skater outside the top 75 could be top 25 next year?

Greg Wyshynski: Dylan Larkin, Detroit Red Wings. The Wings look like they’re finally turning the corner on their rebuild, and part of that improvement is due to the play of their top line of Larkin, Tyler Bertuzzi and rookie Lucas Raymond. Larkin is better than a point per game this season, and a strong offensive year could put the talented forward back on everyone’s radar. 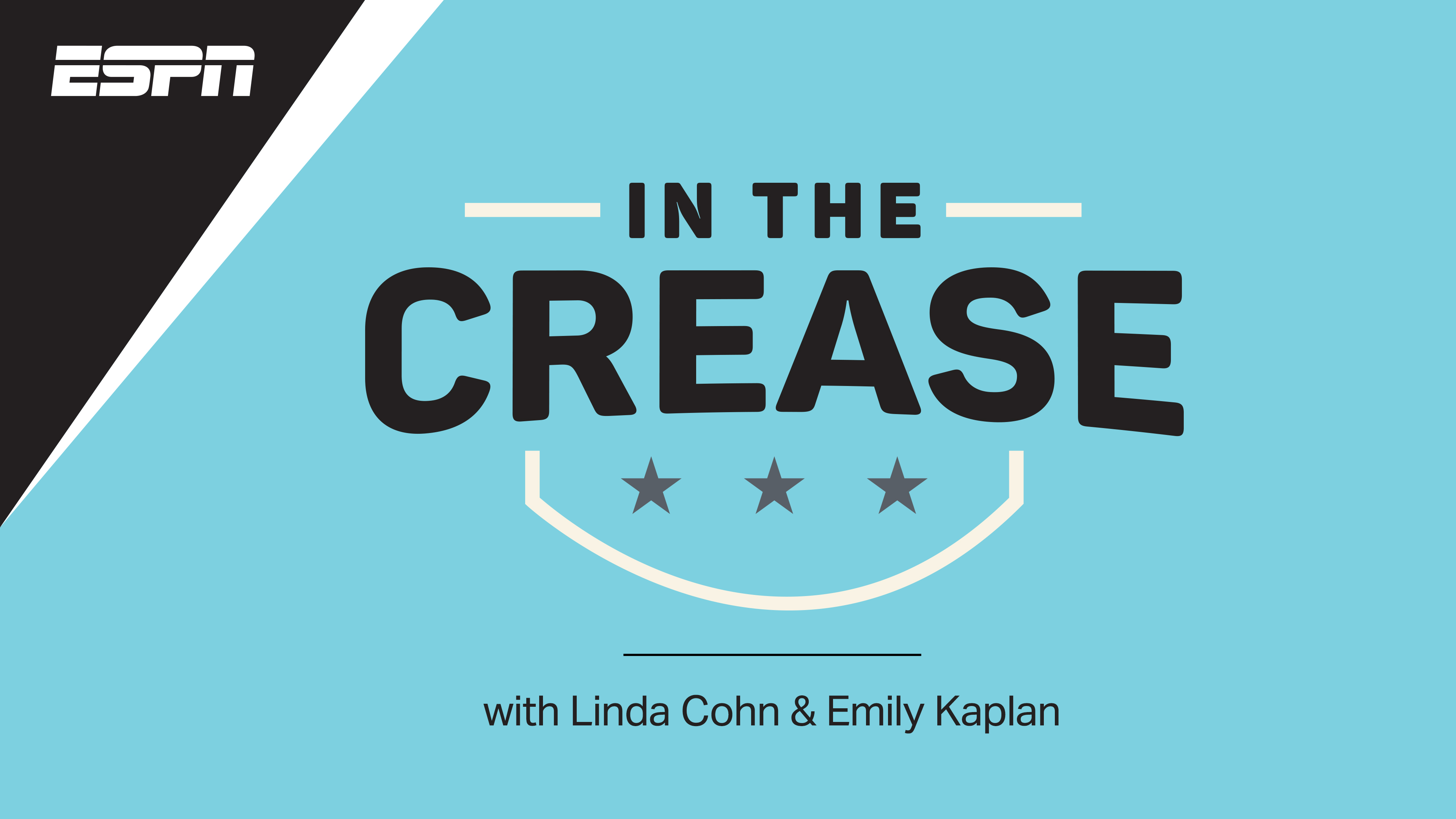 Hosts Linda Cohn and Emily Kaplan bring their hockey expertise and passion for the sport, discussing the latest news around the league as well as interviewing the biggest names both on and off the ice. Listen here »

Kristen Shilton: Nikolaj Ehlers, Winnipeg Jets. Ehlers averaged a point per game last season. He’s off to another good start in Winnipeg too, as are Pierre-Luc Dubois and Kyle Connor. If the Jets’ offense gets rolling and stays hot, Ehlers could ride his way well up the ranks from No. 78.

Victoria Matiash: Alex DeBrincat, Chicago Blackhawks. In his fifth NHL tour and 23 years old, DeBrincat is about to take his game to the next level. A true superstar in the making. I also picked DeBrincat this preseason to win the Rocket Richard, so might as well remain consistent.

Arda Ocal: Patrik Laine, Columbus Blue Jackets. Early this season we are seeing glimpses of the Laine who was the second overall pick in 2016 and scored 44 goals in 2017-18. Through the Blue Jackets’ first six games, he’s sitting at six points (two goals and four assists). Keep up that pace and I could see him vault up the rankings from his current spot at No. 100 and definitely compete for a top-25 spot, if not break into it.