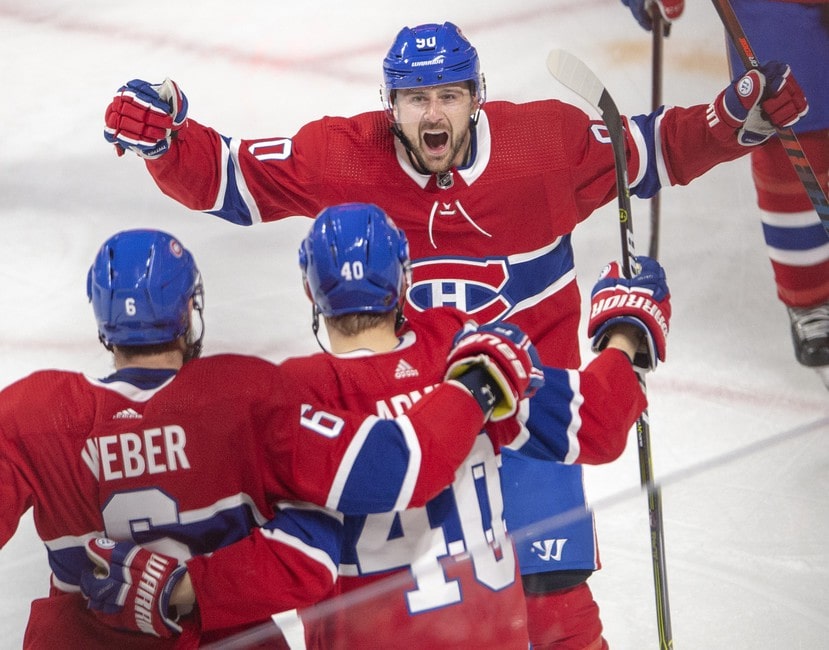 In the absence of some of the club’s traditional figureheads, they’ll need someone to step up and be the one who leads them out of this funk.

After the Canadiens’ Stanley Cup Final appearance last season against the Tampa Bay Lightning, many assumed the start of this season would be comparatively simple for the team. The majority of the roster was primed to return, and the arrival of new free agents made it seem as though the Habs would continue the dominance they displayed in the first three rounds of last year’s playoffs in this year’s regular season. This prediction was quickly thrown out when it was discovered that captain Shea Weber would be place on long-term injured reserve (LTIR), a move that may mean the end of his career. (From “Canadiens’ Shea Weber allowed to go on long-term injured reserve: Daly” The Athletic. 14/10/2021)

Not long after this, Canadiens’ franchise goaltender Carey Price announced he would be taking a leave from the team to enter the NHL’s Player Assistance Program, just as his teammate Jonathan Drouin did last season. The combination of those two announcements threw the organization for a loop; backup goaltender Jake Allen was thrust into the starting role, the Canadiens lost one of their best shutdown defensemen, and general manager Marc Bergevin was forced to scramble to find a backup goaltender.

With the absences of Price and Weber, the Canadiens didn’t just lose two of their best players, they also lost two players who functioned as the team’s leaders. One the captain, the other the face of the franchise. Price and Weber shoulder the majority of the responsibility for the direction of the team, they field the most comments and criticism from journalists and other personnel, and they play the most minutes. Without the two of them, the Canadiens need others to step up in their place, and no player has chosen to take on that interim role yet.

Although Price and Weber remain out of the lineup and will be for the foreseeable future, a player in the mix that hasn’t been as present as he should be in this situation is alternate captain Brendan Gallagher. For his entire career, he has been a player the Canadiens have counted on to step up in the biggest moments.

To his credit, he has stepped up and taken questions on the losing streak from the media, saying that the Canadiens are facing an identity crisis:

Unfortunately, like the rest of his teammates, Gallagher hasn’t yet been able to transfer his attitude off the ice to his play on it. In five games thus far, he has no points in five games and sits at minus-2 on the season with four penalty minutes. His struggles mirror those of the team at large, struggling to score and attempting to find a place in the early goings.

The Canadiens’ bad start has many explanations, but what can’t necessarily be explained easily are the stats the team has presented to begin the season. The numbers say something is clearly throwing a wrench in the system. The team is 0-5-0, they’ve been outscored 19-4 through those five games, and their power play clocks in at a wretched 1-for-19 and 10-for-18 on the penalty kill. NHL teams count on their coaching staffs to effectively structure play on the ice, and the lack of consistency from head coach Dominque Ducharme and his staff is quickly turning the Canadiens’ promise into problems.

From the sound of his comments during his media availability on Oct. 21, Ducharme doesn’t have a plan yet.

“We’re better than 0-5, that’s certain. It’s a challenge. But, how do you respond to that challenge? So far, we’re still maybe figuring that out. We don’t have the results that we want. But I see signs… I see good things coming up and we’ll get out of that and it’s going to make us stronger and that’s it. Anyone can bury us right now, and we don’t care. Seriously, we don’t care. We’re going to take care of this and we’re going to finish where we deserve to finish. Every night we have 20 guys in the lineup, so we have to find a way as a group. And maybe some guys need to, or a learning or are processing that we need to bring a little bit more in different aspects — in leadership or the way we play, whatever. But we’ll get through and we’ll do it the right way.”

With tonight’s game coming against one of the worst teams in the league last season in the Detroit Red Wings, the Canadiens can begin righting the ship. If they can’t, it may soon be too late.

Covering the Montréal Canadiens and other topics for The Hockey Writers. Also a big fan of the Chicago Cubs and progressive rock music.