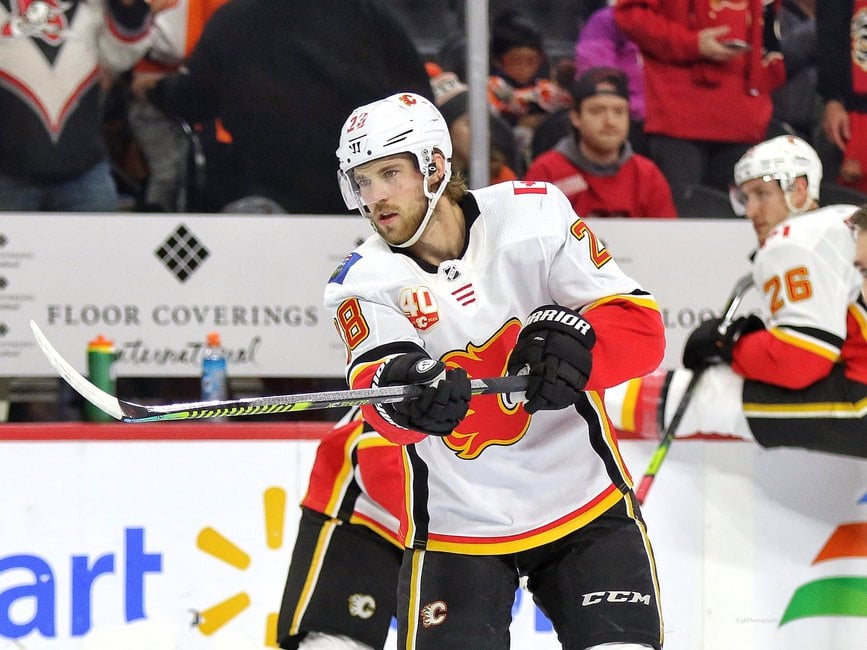 Much like they did against the Oilers, the Flames were able to control play for the majority of the game on Monday night, outshooting the Ducks 43-27, but came up short once again, dropping this one in overtime by a final score of 3-2. It is worth noting that the Ducks are a team that is expected to struggle throughout the 2021-22 season, which has some fans worried about this team already despite the fact they are just two games in. Regardless, there was both good and bad last night. Here are the main takeaways from the contest.

Due to a suspension from a preseason hit, Coleman was unable to make his Flames debut against the Oilers and instead made it last night in front of the home crowd. When the 29-year-old signed a six-year, $29.4 million deal with Calgary this summer, it was expected that he would play in the team’s top six and was expected to help contribute offensively.

So far, he has made good on that, as he scored his first as a Flame on a breakaway in the first period to give his squad a 1-0 lead. He is in a great position to top his career-high 22 goals scored during the 2018-19 season.

Elias Lindholm Continuing to Put Pucks in the Net

It has been discussed plenty that many Flames struggled during the 2020-21 season. However, one of the few who didn’t was Lindholm, who has turned into an excellent goal scorer since being acquired in a trade during the 2018 offseason. His 19 goals last season tied Johnny Gaudreau for the team lead, and he has continued to put the puck in the back of the net to begin the 2021-22 campaign.

Lindholm scored his first goal of the season in Edmonton on Saturday night and found the back of the net again on Monday, beating goaltender John Gibson early in the second period to give his team a 2-1 lead. Since joining the Flames, the 26-year-old has become one of the game’s most underrated players, and he can be expected to put up big totals offensively for a fourth straight season in 2021-22.

Since being traded to the Flames during the summer of 2019, fans have embraced Milan Lucic in a big way. The 33-year-old isn’t the dominating power forward he once was back in the day with the Boston Bruins, but he can still contribute in the bottom six and is willing to do whatever is asked of him. Fans have also admired the leadership qualities he brings to the team. Though he doesn’t wear a letter, he recently said that the team would have a leadership by committee mentality this season after losing captain Mark Giordano in the expansion draft. (from “Wes Gilbertson: Flames will wait to name captain, open season with four alternates,” Calgary Sun, 10/16/21).

Lucic backed that up on Monday night, dropping his gloves for his first fight of the season against a tough customer in Nicolas Deslauriers. The Flames bruiser got the upper hand in this tilt and was able to get the Saddledome buzzing as a result.

While it may simply just be Darryl Sutter hockey, the Flames have had trouble putting the puck in the net early on. Despite putting up north of 40 shots in each of their two first games so far, they have scored just four goals in regulation.

This could also be the case of just running into two hot goalies in Gibson and Mike Smith. It will be something to monitor going forward, however, as they struggled to put the puck in the net in 2020-21 as well, finishing 20th in the NHL with just 155 goals in 56 games.

This isn’t the start the Flames were hoping for, though it isn’t time to panic yet. The season is still very early, and there is plenty of time to turn things around. That could come as soon as Thursday, as they play a road game against the rebuilding Detroit Red Wings.