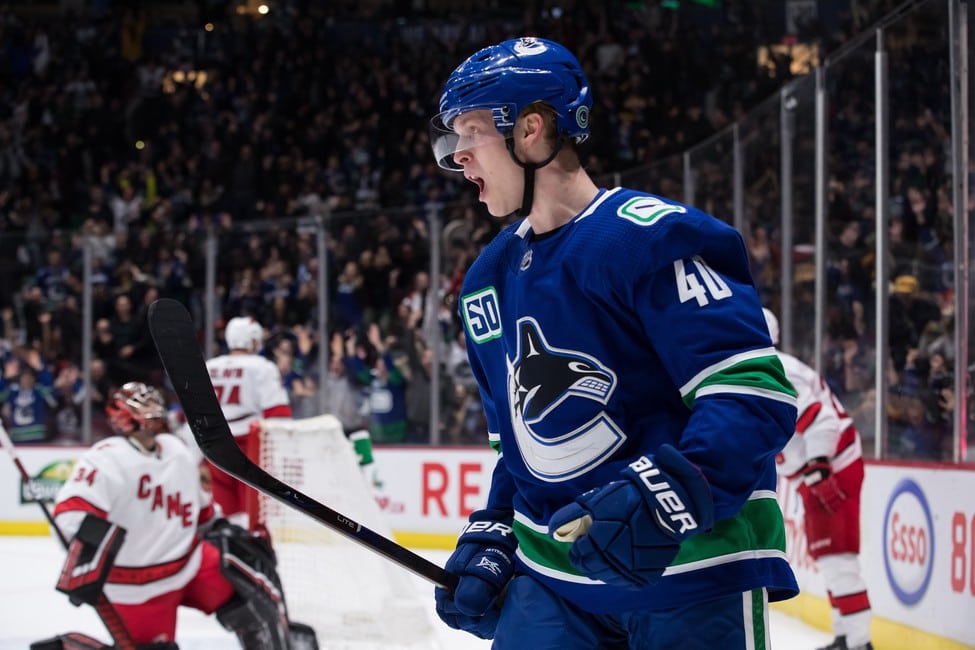 In today’s NHL rumors rundown, there is a lot of news surrounding the Vancouver Canucks, including updates on contract extensions for Elias Pettersson and Quinn Hughes, plus talk of a possible Travis Hamonic trade. Meanwhile, if Vladimir Tarasenko is traded by the St. Louis Blues, when would it be? Is GM Marc Bergevin forcing the hand of the Montreal Canadiens? Finally, what are fans and insiders making of the Sheldon Keefe contract extension with the Toronto Maple Leafs?

Canucks Close On Hughes and Pettersson

It appears the Canucks are extremely close to finalizing deals for RFAs Pettersson and Hughes and while both contracts haven’t been officially announced, the terms of the deal are known. Vancouver radio started talking about these two deals Thursday evening. As of Friday afternoon, there’s still a little work to do.

As per Satiar Shah of Sportsnet 650: “Hearing Hughes nearing a 6-year deal worth slightly above $7.75M per year with the Canucks.” Puck Pedia: “A reported 6 yr deal for Quinn Hughes would cover 1 UFA year (similar to Makar).”

Darren Dreger of TSN notes: “As reported, the term for Hughes is 6 years and the term for Pettersson is 3 years. Two sides are still grinding on the final details before signing off on the exact AAV for each.” If the three-year deal for Pettersson is accurate, it would still give the team player control, which was something the Canucks deemed to be important during their negotiations. It is believed the annual AAV on Pettersson’s deal will be just under $8 million.

According to Rob Simpson of Vancouver Hockey Now, the Canucks have been shopping defenseman Travis Hamonic ahead of today’s opt-out deadline. With chatter that he’s keener to play in a U.S. market out east and avoid all of the travel restrictions that come with being on a Canadian team this season, it’s still not clear if that is actually the case.

There is a chance Hamonic is thinking about opting out of this season regardless and, it’s important to remember, if the Canucks are looking to make a trade to accommodate him, the other NHL teams would have complete leverage in this situation. The Canucks would likely have to sweeten the pot somehow to move the player. It’s not clear if the Canucks are willing to do so.

Bergevin Using His Leverage Against Canadiens

It was reported this week that the Canadiens offered Bergevin a contract extension, one he has yet to accept. As per Eric Engels of Sportsnet, Bergevin holds the leverage as he enters the final year of his contract and his intentions seem to be to use every bit of that leverage to get the deal he wants. Engels suggests that if his asking price isn’t met, he could be willing to walk.

There is a sense that perhaps Bergevin would like to make a change. Reports are that he’s been talking to owner Geoff Molson on a regular basis but that the GM is still considering looking at options in the US. He has family there, including his kids.

As per Dan Rosen of NHL.com, Vladimir Tarasenko could remain with the St. Louis Blues for most, if not all of this season if they are a playoff contender. Should they not be in the hunt, expect the team to look at moving the forward ahead of the March 21st trade deadline.

Much of his potential trade value will be based on how his shoulder holds up. If he remains healthy, there will be a number of teams interested that might have been scared off by his previous injuries. Should he have any injury concerns, don’t expect teams to line up to acquire him considering he still carries a  $7.5 million cap hit through the 2022-23 season.

Keefe Given “Prove It” Contract With Maple Leafs

The Maple Leafs and head coach Sheldon Keefe agreed on a two-year contract extension on Thursday. Most insiders are noting this is a contract he’s earned because he’s yet to coach a full 82-game season with this team, he’s had a number of unexpected hurdles, and the Maple Leafs have been a strong regular season club.

At the same time, he didn’t receive a three or five-year deal. Since three and five-year deals are often standard for coaching extensions, many feel like this is a chance for Keefe to prove he’s worth a long-term commitment. LeBrun writes: “They believe in him, but it’s a prove-me contract at two years, no five,” LeBrun said on Insider Trading.