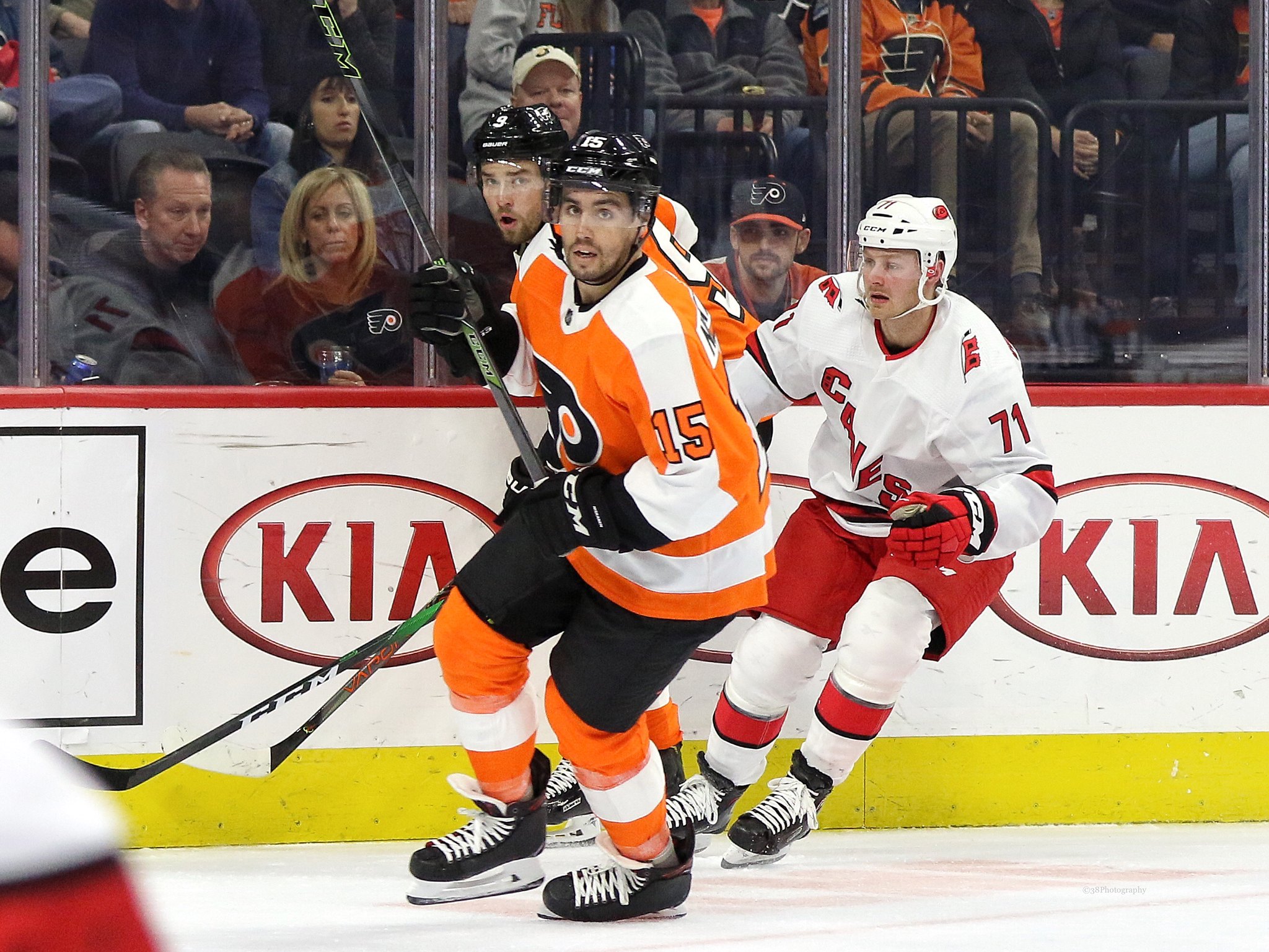 The Carolina Hurricanes have a number of important dates on their 2021-22 schedule. Among the 82 games to be played, quite a few stand out thanks to offer sheet drama with the Montreal Canadiens, a revamp of much of the roster, and new rivalries formed in the one-off Central Division of 2021.

Beyond story lines forged on the ice, the 2021-2022 season will also be defined by new broadcasting deals with Turner Sports and the ESPN family of networks. While the Hurricanes won’t appear on TNT during the regular season this year, per the latest broadcast schedule, they will have eight games broadcast under the ESPN colors. Each of these eight offer great chances for the small market Canes to put on a show in front of a national audience.

After an offseason full of changes for Carolina, a strong showing in each of these matchups will be key not only to ensure their position as Cup contenders, but also to developing the growing brand around the team in a new TV era for the NHL.

Within the first 11 games of the season, the Hurricanes will once again do battle with both of the teams they faced off against during the 2021 Playoffs. Both games will be on the road and within a hostile atmosphere full of fans who well remember the physical, intense play of the prior season. For their first road game of the season, on October 16, the Hurricanes will visit the Nashville Predators for their first rematch since round one of the playoffs.

This was a playoff series that the NHL, whether they were aware of it or not, needed to happen. The I-40 showdown between Carolina and Nashville was a gritty, physical series that blessed fans with nearly 24 periods worth of play across only six games. The series was an instant classic and thanks to it, the teams have already seen each other 14 times in 2021. Despite new additions and subtractions from each roster, the animosity developed last season is sure to carry over.

This matchup early in the season has been robbed of its rightful place on a national TV broadcast. Continuing the offer sheet saga between the two organizations, Carolina swiped Jesperi Kotkaniemi from the Montreal in July, furthering the rift between the two teams (which, let’s be honest, the Canadiens started it). Carolina’s social media team took every chance they could to to bring attention to the move, capitalizing on every opportunity to share a relevant meme to the situation or poke fun at the failed offer sheet to Sebastian Aho in 2019.

For Kotkaniemi, this will be an opportunity to show his former team that he was worth the money they refused to pay. For Montreal and the newly-acquired Christian Dvorak, this game will be an early opportunity to prove themselves right for not matching Carolina’s offer sheet. Certainly, the front office of each team will be invested in this game with the same intensity as their fans.

After being eliminated in five games by the Tampa Bay Lightning in round two of the playoffs, Carolina will have a lot to play for heading back to Amalie Arena in early November. Handing out a home loss, the defending champions will be a massive step towards Carolina cementing their place among the NHL’s elite, especially considering the disappointing showing against Tampa as their playoffs drew to an early end.

Since winning their second consecutive cup, the Lightning have seen a large amount of turnaround on their roster. Faces like Tyler Johnson, Blake Coleman and Yanni Gourde have departed, just to name a few. Make no mistake, though, Tampa Bay still has a very legitimate claim to not just the best roster in the Atlantic Division, but perhaps the entire league. Carolina will face a tough challenge in their first match against the Bolts, with lots to prove to themselves and to the NHL as a whole.

When the Edmonton Oilers come to visit Raleigh in December, it will mark the first appearance of Warren Foegele in PNC Arena since being traded for Ethan Bear during the offseason. A solid performance from him would further solidify the Hurricanes as victors in the trade.

Before the game, it would be surprising to see Foegele receive anything but an incredibly warm welcome from the Hurricanes fans in attendance. After the effort he put in as a member of the team for so long, he deserves at least one more showing of love from the Caniacs.

After the surprising trade of Alex Nedeljkovic before the NHL Entry Draft, the Hurricanes were fully committed to overhauling the entire goalie position. James Reimer and Petr Mrazek were almost sure to be let go in free agency and in the end, Carolina settled on a tandem of Antti Raanta and Frederik Andersen.

In his first visit back to Carolina, Nedeljkovic will have a lot to prove to his former team. Carolina could find themselves a little embarrassed if Nedeljkovic finds the same magic that helped him lead the NHL in save percentage during the 2021 Season and leads the Detroit Red Wings to a victory in Carolina.

This is the big one. At least, in terms of emotion, this is the big one. Dougie Hamilton, after signing with the New Jersey Devils, returns to the city that embraced him as one of their own through three incredible seasons. A year-in, year-out Norris candidate is always special to play against, but the added emotion of Hamilton’s return to Raleigh will make Jan. 29 a day to remember this season.

The Devils are by no means a likely contender for the Cup, or even to make the playoffs. No matter the record, though, New Jersey versus Carolina will be a special matchup every time it happens this season, especially in Raleigh.

Carolina will be featured on national TV for the sixth time this season against the Philadelphia Flyers on March 12 at PNC Arena. Unlike their other nationally televised games, however, this one will be aired on ABC, the first game on an over-the-air network for Carolina under the new TV deal.

This game acts not just as a late-season opportunity to score potentially vital points, but also as the Hurricanes biggest opportunity in the regular season to perform in front of a national audience. The Hurricanes need to show the network that Raleigh is a legitimate hockey market and that the Hurricanes are up to the task of playing on the big stage. Fail in this regard, and the Hurricanes could find themselves on national TV at a rate more resembling their putrid three appearances last year.

One Goal in Mind

Approaching the new season, Carolina has reached a crossroads in their development as a team. With three consecutive appearances in the Stanley Cup Playoffs, they have proved they’re a force to be reckoned with. Throughout the entire season, the team will have expectations of a deep playoff run. A strong performance this year, especially in these key games, will certify the Hurricanes rise from a decade of being little more than a tropical depression.

Although I live in Norman, Oklahoma now, I brought with me a love for both ice hockey and the Carolina Hurricanes from my hometown of Raleigh, NC. Along the way, I’ve joined with the OCCC Pioneer newspaper, the OU Hockey broadcasting team and now The Hockey Writers to expand my experience while I complete my degree in Broadcast Journalism.

I’m an alumni of the 2016 Carolina Gold Drum and Bugle Corps and the 2018 Pride of Oklahoma.