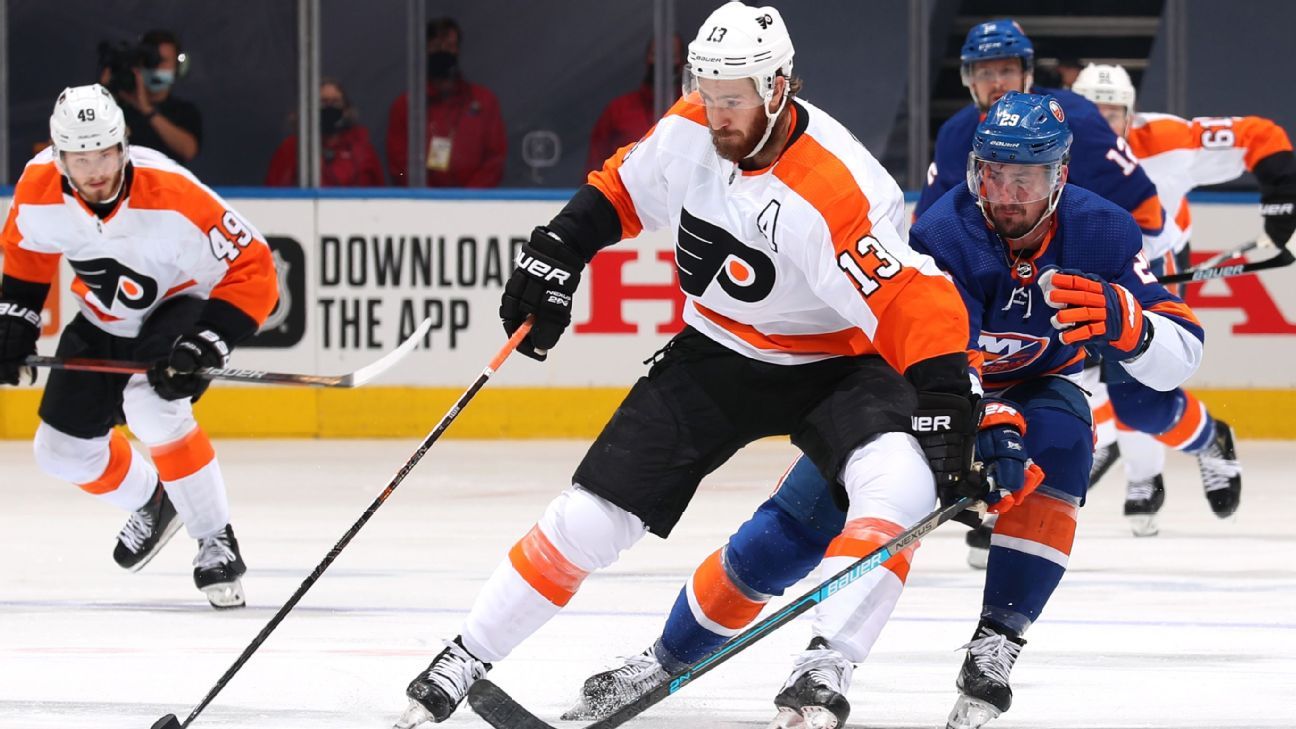 Philadelphia Flyers forward Kevin Hayes admitted it was a conversation that he had been dreading, but on Friday he spoke for the first time about the death of his brother Jimmy Hayes last month.

“My brother was a special person. He touched a lot of lives,” Kevin Hayes said in an emotional news conference at Flyers camp. “He really enjoyed life and really enjoyed helping others. It sucks that he’s gone. It happened way too fast.”

Jimmy Hayes died Aug. 23 at his home in Milton, Massachusetts, at 31 years old. The official cause of death remains unconfirmed. Hayes played 334 games in the NHL, having last played professionally in 2019. He was survived by his wife, Kristen, and two sons, 2-year-old Beau and 3-month-old Mac.

Kevin Hayes, the 29-year-old Flyers winger, will be playing in his late brother’s memory this season. He said his brother was his biggest supporter, to the point where he would offer to speak to team management if he wasn’t happy with Kevin’s ice time.

“It’s going to be weird stepping on the ice for the first time knowing that my brother’s not there,” Kevin Hayes said. “When I’m having bad days or bad games or not playing up to [what] all the fans want me to here, I’ll just think of my brother, and hopefully he’ll push me through.”

“When we’re on the ice, it’s truly a battle. We want to win every game. But the hockey community is a really special community. It goes much further than playing against each other on the ice. I was taken aback by the support that I received,” Kevin Hayes said.

Hayes is rehabbing from abdominal surgery he underwent this week and asked if he could be around his teammates during that process. He said returning to the Flyers for camp was a respite from being in Boston, where the Hayes family is well-known in the hockey community. Both brothers grew up in Dorchester and played at Boston College.

“It was tough being there. No one really knew how to act,” Hayes said. “You couldn’t even go get coffee without someone coming up or awkwardly holding the door for me or wanting to buy me coffee. It just got repetitive. No one really knows how to handle what happened. There’s no playbook on how to handle death. It was really nice to come back here and get into a routine.”