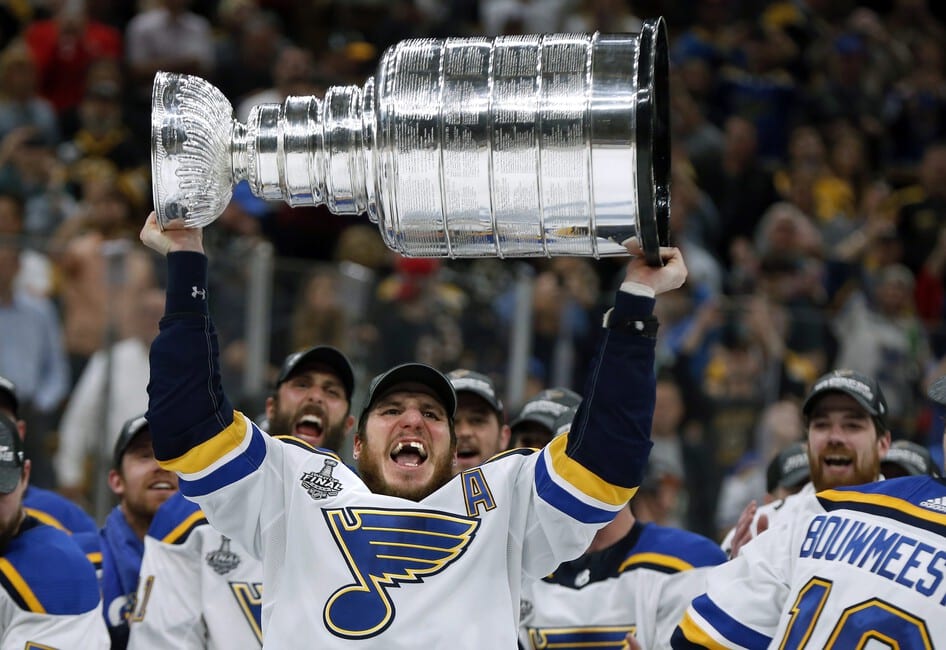 Since 1967, the Toronto Maple Leafs have been looking for answers on how to get their hands back on hockey’s holy grail. They’ve rebuilt, hired general manager after general manager and have made all kinds of trades trying to find that secret recipe to success.

Some moves have worked out in their favour while others are looked back on surrounded by more questions than answers. While some may have their own opinions on the trades made by the organization over the years, we delve a little deeper in looking at and analyzing what came of these players following these deals.

With that, let’s head back to Nov. 24, 2008, when the Maple Leafs traded an eventual Stanley Cup winner for some bottom-six help that wouldn’t last long in the blue and white.

It seemed like a relatively simple trade back in Nov. 2008. The Maple Leafs were set on acquiring Lee Stempniak from the St. Louis Blues, but it came at a cost – one that wasn’t so obvious at the time of the deal.

To acquire Stempniak, the Maple Leafs parted ways with defenceman Carlo Colaiacovo and forward Alexander Steen – both of which were first-round draft picks of the Maple Leafs.

Colaiacovo was the 17th overall pick for the Maple Leafs in the 2001 NHL Draft. A Toronto native, Colaiacovo scattered 111 regular season games over six seasons with the Maple Leafs before being shipped to St. Louis. His most productive season for Toronto came in 2006-07 when he tallied eight goals and 17 points in 48 games for the team, but he was never really given the opportunity.

Following the move he spent the majority of his NHL career in St. Louis, wracking up 19 goals and 110 points in 284 regular season games. He has stops in Detroit, Philadelphia and Buffalo, and finished his NHL career in 2015-16, playing just 36 games for the Sabres.

While he was more of a second to third-pairing defenceman over his career, he did manage 157 points over a 470-game career that spanned 13 seasons.

But he wouldn’t prove to be the key component in this deal. Rather it was Steen, the Maple Leafs’ 24th overall pick in the 2002 NHL Draft, that would become a core piece in the Blues’ lineup for years to come following the deal.

Prior to being traded, Steen spent parts of four seasons with the Maple Leafs. He made his debut in 2005-06 as a 21-year-old and tallied 18 goals and 45 points in 75 games as a rookie. That was his best season with the Maple Leafs, finishing with 35 points and 42 points, respectively, over the next two seasons.

The Maple Leafs moved the center after 20 games of the 2008-09 season in which he had two goals and four points and he went on to tally another 24 points in 61 games for the Blues. Since then, Steen has gone on to notch 188 goals and 479 points in 710 regular season games in St. Louis.

He’s been a key core piece for the Blues over the past 10 seasons, helping the Blues to eight postseason appearances in his time there, including a Stanley Cup win in 2018-19 which was the first in franchise history.

As for the Maple Leafs, the team didn’t exactly get the return they would’ve liked in Stempniak.

Through 14 games in 2008-09 he had three goals and 13 points. The move to Toronto gave him another 61 regular season games and Stempniak finished with 14 goals and 44 points that season. It’s not awful considering he was averaging just over 16 minutes of ice-time that season.

But he didn’t last much longer in Toronto. He started the 2009-10 season by playing 62 games for the Maple Leafs with 14 goals and 30 points before the team shipped him off to the Coyotes for the remainder of the season.

That was it for his career in Toronto. He played throughout the lineup, but saw most of his ice-time on the bottom six for the team.

Of course there was – the St. Louis Blues. There no way the Maple Leafs could’ve known the kind of impact that Steen would have with the Blues as his career continued and no way that they could’ve seen the type of player that Stempniak would’ve turned into, but in trades there is often hindsight.

In this one the Maple Leafs lost out on a leader of sorts – a player that continues to have a respectable career with the Blues in Steen. Colaiacovo had his moments, but wouldn’t have been a major impact player for either club, while the Maple Leafs got to enjoy the services of Stempniak for just over a season. Even then, he wasn’t the same type of player that Steen turned into.

Related: Blues Geared up for Challenge of Being Defending Champions

Either way, the winner of this trade is the Blues and Steen, himself. Steen has gone on to put up some impressive numbers for a team that made him a key component on a winning franchise. On top of all of that, Steen now has a Stanley Cup to his name and brought the holy grail to St. Louis for the first time.

Andrew is in his 8th year reporting for The Hockey Writers covering the Toronto Maple Leafs. He began his broadcasting with CBC’s Hockey Night in Canada team as well as being part of their coverage of the 2014 Winter Olympic Games in Sochi. He’s the former play-by-play voice of the London Jr. Knights for Rogers TV and currently hosts the Sticks in the 6ix podcast. You can follow him on Twitter at @AndrewGForbes.