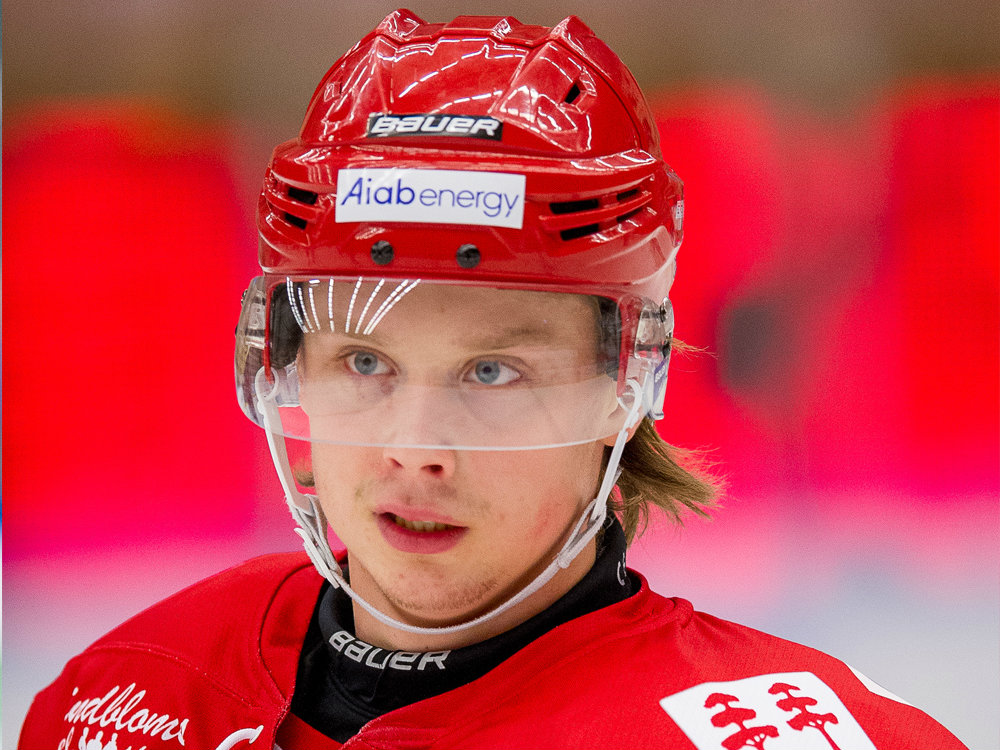 San Jose Sharks defenceman Erik Karlsson feeds Evander Kane on a perfectly played 2-on-1. The winger crosses the blue line and fires a soaring wrist shot over the glove hand of netminder Ville Husso. The ice is filled with teal sweaters as teammates celebrate their overtime victory over the St. Louis Blues on March 8, 2021.

That game-winner was one of Kane’s team-leading 22 goals and 49 points in 2020-21. His 2.24 5-on-5 points per-60 minutes ranked second behind Tomas Hertl on the Sharks, and ahead of noted NHLers such as Evgeni Malkin, John Tavares, and Patrick Kane. While being a defensive asset and quality penalty-killer, and limiting his normally high penalty minute total, this season could have been perfect for the now 30-year-old winger.

However, the 2020-21 season and ensuing off-season have not been as positive as they could have been. Kane began the season with a bankruptcy filing that called into question his long-term future. Multiple teammates, potentially including Hertl, asked that the controversial figure not return to the Sharks for 2021-22 in exit interviews.

Kane’s offseason has now seen allegations and unsettling descriptions of his gambling addiction, family neglection, sexual assault, and domestic battery from his estranged wife. These allegations and resulting investigations will see the forward not attend training camp and perhaps not begin the NHL season with the Sharks.

In the midst of this nightmare situation, the club has to begin their 2021-22 season without their most consistent scorer from the previous season. In fact, Kane was the only San Jose winger to never see removal from the team’s top-six group at any point last season.

Entering the season, Kevin Labanc, Timo Meier, and Rudolfs Balcers appear to be shoo-in top six options given their multiple years under contract and scoring rates from last season. So, who will be the final piece to that forward group? Here are my options:

Alexander Barabanov provided a positive impact on an otherwise gloomy conclusion to the 2020-21 season. With seven points in nine games after his trade from the Toronto Maple Leafs, the Russian winger saw great success alongside the team’s best forwards in Hertl and Kane. Unfortunately, Barabanov will not have that support group in 2021-22 with Kane’s absence.

Barabanov’s Kontinental Hockey League (KHL) career mainly saw success. His peak performance came in 2018-19 with 17 goals and 46 points in 58 games with St. Petersburg SKA. However, that was his only season above a half-point per game. Ahead of the 2020-21 season, he signed an NHL deal with the Maple Leafs.

Too good for the American Hockey League (AHL), but not quite talented to crack Toronto’s NHL roster, he only played 13 NHL games with just an assist in those contests. Between both teams, the 27-year-old had three goals and eight points in 22 games on route to signing his one-year, $1 million extension.

His Sharks’ point totals mainly benefitted from power-play scoring and Hertl and Kane’s dominance to finish their seasons. It’s hard to imagine Barabanov’s .78 points-per-game rate would withstand an entire NHL season. With his one-way contract and success beside Hertl last season, I would presently distinct Barabanov as the favorite for a spot in the top-six.

Also with a small NHL sample size, John Leonard finds himself in a tough spot to make the Sharks’ roster. The additional spot opened by Kane’s situation could provide him with the opportunity he needs to reassert himself into the team’s top six.

The University of Massachusetts-Amherst product began last season in the top six but gradually fell down the team’s lineup in the first month. This hit a low in early February when the youngster faced a two-game stint in the AHL, where he had a goal and an assist.

After two seasons at or above a point-per-game pace in the NCAA, Leonard scored just 13 points in 44 NHL games. Especially alarming, after a 2019-20 college season of 27 goals in 33 games, he had just three in his rookie season with San Jose.

But as I’ve mentioned in previous pieces about Leonard, his point-scoring rate shows promise. With 1.6 5-on-5 points per-60 minutes, the New Jersey native scored at a better even strength rate than Logan Couture, Ryan Donato, and Barabanov. While his goal totals lack, I expect that to improve with NHL experience.

And, he did this while being an extremely effective defensive player. While JFresh’s model adjusts for the role in which Leonard was used, it’s worth noting that about half a normal season of tracking is not the ideal sample size. In the games he played, however, the winger has shown promise as a two-way forward.

Overall, replacing Kane takes a player emulating both his offensive and defensive impact, and Leonard has the highest ceiling to restore Kane’s two-way impact.

The boom-or-bust selection to replace Kane would be 23-year-old Jonathon Dahlen. His path to the NHL will be quite unconventional, having chosen to dominate the second division of Swedish hockey the last two seasons.

That path came because of issues with the Utica Comets, the Vancouver Canucks’ AHL affiliate. This prompted a trade for Linus Karlsson ahead of the 2019 NHL Trade Deadline. After seven games with the San Jose Barracuda, he returned to Sweden for two seasons.

In two Allsvenskan seasons with his hometown club, Dahlen led the league in scoring. As Timra IK captain, with 25 goals and 71 points, he carried the team to promotion to the Swedish Hockey League (SHL). This summer, he signed a one-way contract worth $750,000 to finally return to North America.

With that level of scoring prowess in a professional league, Dahlen could develop into a quality offensive talent for the Sharks. The level of competition in the second Swedish division will be miles under that of the NHL, but there should still be hope for the skilled Swedish winger.

The skilled forward, selected seventh overall, now has an even better chance of making the NHL roster with a clear hole in the team’s top six. While Doug Wilson Jr., head of scouting, has mentioned the team’s intent to move William Eklund to center, the Swede played the entire 2021 Rookie Faceoff as a winger.

That’s pretty traditional. Forwards such as Hertl and Elias Pettersson have transitioned from winger to centers after getting their feet wet in the NHL. However, neither of those case studies made the NHL in their D+1 seasons.

Eklund, 18 years old, impressed greatly with 11 goals and 23 points in 40 SHL games with Djurgardens IF in 2020-21. In a season where he overcame a bout with Covid-19 and appendicitis, these totals are all the more impressive. With the ability to play in the NHL, AHL, or SHL, the Sharks will place him in a situation where it is best for him to succeed. Surely, the club will refrain from rushing their most exciting prospect in many years into the NHL.

If I had to guess who the Sharks add into the top six for the season, I would presently slot Barabanov into that role. Between Meier, Labanc, and Balcers, the Sharks already have a young top-six group. While inexperienced in the NHL, the Russian has the most professional hockey experience.

But, if the Sharks want to establish a line of perhaps Leonard-Couture-Balcers, as solely a shutdown line, I could see that coming to fruition. If Boughner wants offensive firepower, he could look to add Dahlen with Hertl and Labanc or Meier. Eklund really is a long shot to make the NHL, much less the team’s top six.

Who do you see as the newest Sharks top-six winger? Let me know in the comments!

Josh Frojelin is a young writer from the Bay Area. Josh grew up as a Sharks fan, being introduced to hockey by his father. He is now attached to his phone, waiting to hear the latest in hockey news. In addition to writing, Josh loves theatre, and his corgi Rocky.