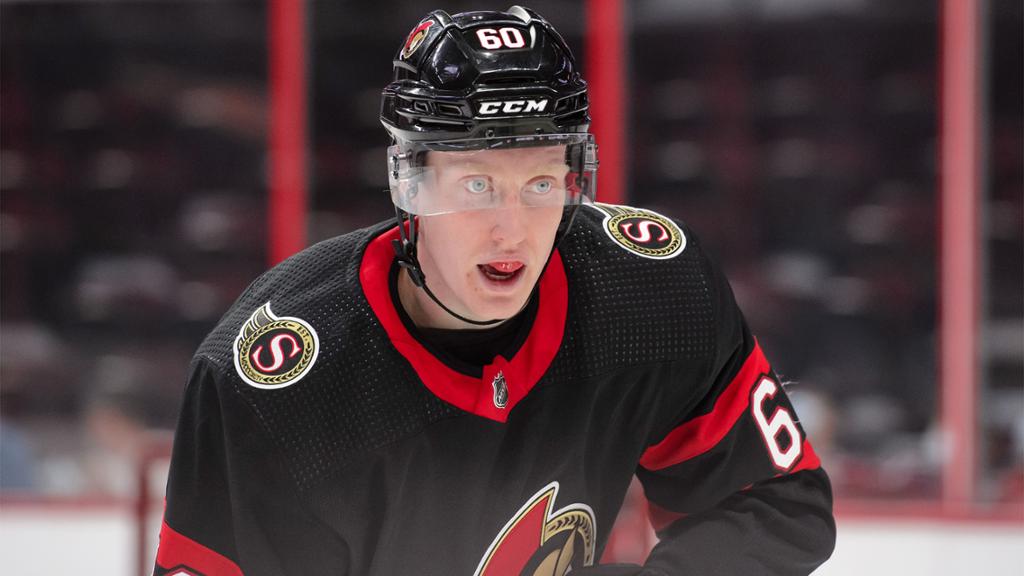 The Finnish d-man scored just once last season with the Belleville Senators but after a dominant offensive display over the course of the Ottawa Senators’ two rookie games, that side of his game looks to be shaping up nicely as main camp opens Wednesday.

“Last year I was learning how to play here than in Finland,” Thomson said. “During the summer I worked on a number of skills to make me a more offensive player and I think the last two games I’ve been showing those things.”

The 19th overall pick in 2019 made the jump to pro North American hockey last season with Belleville where in addition to his one goal, he added 12 assists in 35 games.

On Monday however, his shot was on full display as he wired a wicked wrister from the slot glove side on Montreal goaltender Alexis Gravel as part of the Sens’ 4-3 win. The 20-year-old also added an assist.

“I thought he was our best defenceman tonight and certainly on Saturday he was arguably our best and had a very strong game as well,” Sens rookie head coach Troy Mann said.

As Mann elaborated, it’s part of Thomson’s progression. After playing a year of junior in Kelowna in 2018-19, Thomson returned to Finland and played 57 games in Liiga with Ilves before jumping back to North America for the 2020-21 AHL season.

“You can see he has much more poise [and] confidence,” Mann said. “I’m looking forward to seeing him take the next step on Thursday once we get on the ice back in Ottawa and I think the fact that he had a strong development camp and a strong rookie camp and two rookie games should bode well for him going into Thursday.”

Thomson was also rewarded with wearing an ‘A’ on his jersey during Monday’s game, a gesture that caught him off guard.

“It was a pleasure to wear it,” he said. “I was a little bit surprised to wear that because of course I am from Finland and I’m not the loudest person in the locker room so it was a big honour for me.”

Thomson flirted with making his NHL debut at the end of the 2020-21 season but it never materialized. However, his eyes are now locked on one prize: making the NHL roster out of camp.

“I want to keep going and work hard and try to make the team which is of course my goal,” Thomson said. “You never know what’s going to happen but I will try to make the best of every minute.”