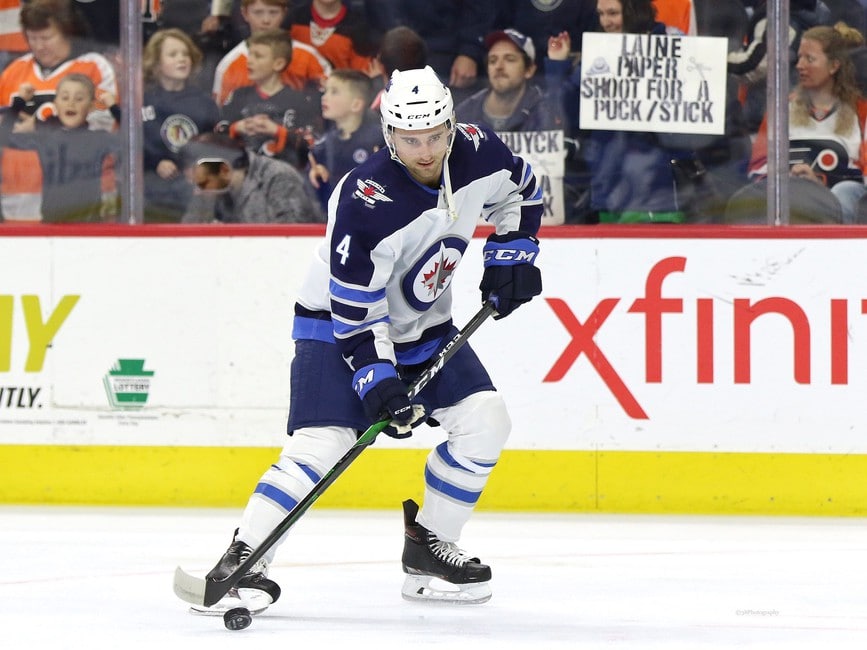 With training camp just over a week away, the Winnipeg Jets are looking to build on a successful but unfulfilling 2020-21 season. Being 12th in the league in scoring and having the core of their offensive arsenal intact, scoring should not be a problem for this team. Mark Scheifele has scored at better than a point-per-game the past five seasons. And with the likes of Nikolaj Ehlers and Kyle Connor leading the way, the offence that coach Paul Maurice highly praised last spring will not be an issue of concern for this squad.

The hole in their proverbial boat for the 2020-21 Winnipeg Jets was its inability to prevent prime scoring chances by their opposition. Were it not for the consistently prominent goaltending of Connor Hellebuyck, the Jets’ weakness would have been in the glaring category. Hellebuyck’s play kept the teams’ goals against respectable and in the middle of the NHL pack. But when you dig a little deeper, a dark tale begins to take form.

The opposition took aim at the Jets on a regular basis, and if it were not for the fact the Jets happen to employ one of the league’s best goaltenders, their record of 30-24-3 could have been significantly lower than the .563 winning percentage they achieved. The transition game was lacking, and their overall defensive play was sluggish and disorganized at times. The Jets possessed a 5-on-5 shot differential (shots on net for vs. against) of -163, meaning they gave up 163 more even strength shots than they produced themselves. And this came with what Maurice claimed was the most talented and gritty offensive group he has coached. Compare that to the Colorado Avalanche, whose shot differential was +866, and now you are looking at a difference of over 1000 shots on goal by a team the Jets are likely to chase in the Central Division this coming season. A concerning problem, to say the least.

So What Is Different for the Jets?

General manager Kevin Cheveldayoff recognized this teams’ Achilles heel and acquired, through trade for draft picks, Brendon Dillon from the Washington Capitals. And when the sun rose the following day, he traded for Nate Schmidt from the Vancouver Canucks. Dillon, a 6-foot-4 vigilant defensive specialist, will become the Jets’ shutdown man and will log some major minutes versus the opposition’s most dangerous offensive players. Schmidt, an experienced blueliner himself, also provides more of an offensive skill set and is an excellent passer who will help transition the puck out of harm’s way and into the offensive zone seamlessly. These two acquisitions are big wins for the Winnipeg Jets and automatically improves their blueline corps.

Look for Josh Morrissey to return to form in 2021-22. The Jets’ best defenceman over the previous few seasons saw a significant drop in his play last year. And with an emotional fresh start to this season, he could be the real key to the success of this group and will most likely pair up with either Dillon or Schmidt to form the team’s top duo, leaving 26-year-old Neal Pionk to line up with the other newcomer. Pionk has spent the past two years with the Jets after coming over from the New York Rangers. Since joining the team in 2019, he has tallied more points than any other defenseman and just signed a 4-year deal worth $5.875 million per season.

With those four defensemen in the fold, the Jets have definitely bolstered their squad in the off-season, so look for them to improve their defensive woes in the upcoming season. It really is the only thing holding this team back from taking up a long run into the playoffs this spring. And they may have indeed plugged the hole in that boat.

Keith Forsyth is a retired high school teacher and coach from rural Manitoba, and is covering the Winnipeg Jets for The Hockey Writers.  He spent 31 years in the education system, working with kids in the classroom and on the playing field where he established a number of lasting relationships.  He spent his youth playing baseball and hockey with the latter being his favourite.  He played junior and university hockey in the mid-eighties and then took to coaching, where he spent the past 26 years coaching basketball and baseball at the high school level.  He has two successful daughters who have spread their wings in other parts of Canada, and has been married to his high school sweetheart since 1990.