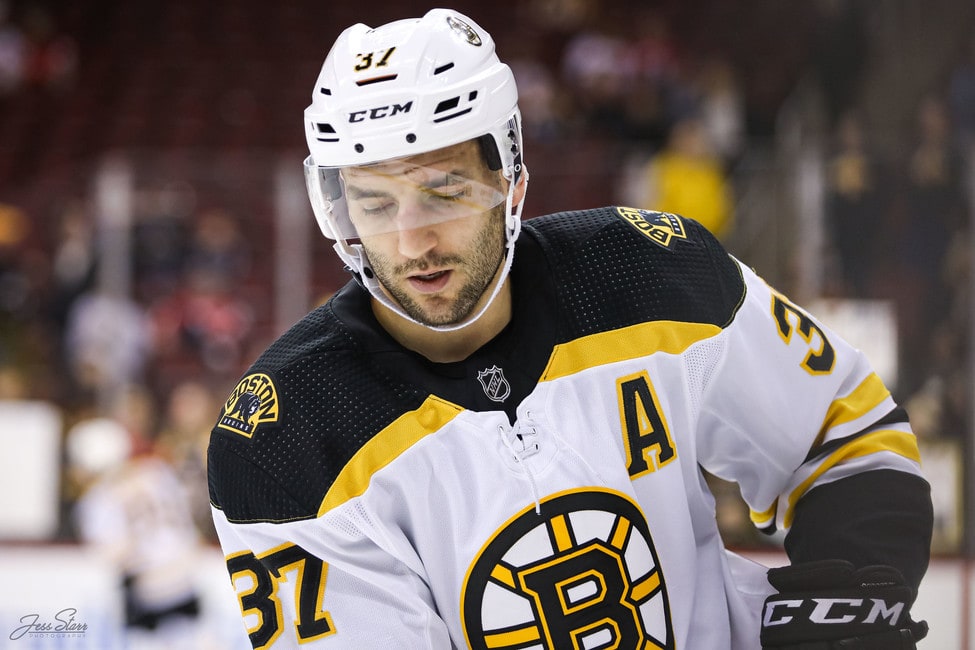 In today’s NHL rumors rundown, the St. Louis Blues have done David Backes a solid, allowing him to retire with the team he was drafted by and calls home. Meanwhile, are the Blues any closer to trading Vladimir Tarasenko? In Boston, Charlie McAvoy might be the next Bruins player to sign a big contract extension and there’s talk about Patrice Bergeron waiting to sign a contract extension. Finally, Sidney Crosby is getting surgery and will be out for six weeks, while the NHL’s investigation into Evander Kane has stalled.

Backes Calls it a Career

After 965 games in the NHL, David Backes signed a one-day contract with the St. Louis Blues to retire with the team that gave him his start and drafted him into the league. He penned a letter to fans and in it talked about his NHL beginnings and moving around the league. He noted it was clear after the last game he needed to retire as part of the Blues’ organization.

It is where my wife and I grew into adulthood and it was the organization we needed to retire with. The feeling was mutual with the Blues and I am so humbled that this journey has come full circle for me to end this amazing ride with the same organization that called my name at the draft 18 years ago.

He noted the game got faster and younger and “I haven’t been associated with either of those adjectives in a long time.” He wanted to play 1,000 games but didn’t quite get there.

In other Blues news, Andy Strickland writes: “Still think if Vladimir Tarasenko gets traded, a third team could get involved. There’s at least one team willing to retain a portion of Tarasenko’s salary.”

There aren’t many teams that would be able to take part in a trade transaction like this; the Detroit Red Wings, Buffalo Sabres, and New Jersey Devils being among the select few.

Matt Porter of the Boston Globe writes that McAvoy and the Bruins might be getting close on a big contract extension, but no terms were disclosed in the report. The blueliner is entering the final year of his deal with a $4.9 million salary-cap hit, but a $7.3 million salary.

Based on the megabucks handed out to young defensemen in free agency this summer — his closest comparable, Columbus’s Zach Werenski, earned a six-year extension worth $57.5 million — a long-term deal with McAvoy could pay him double his current hit.

source – ‘Charlie McAvoy’s contract extension with the Bruins is looming — but how much, and how long, is still TBD’ Matt Porter – Boston Globe – 09/08/2021

Porter adds that McAvoy might not want a long-term deal. The player could sign another bridge deal that walks him to free agency in the summer of 2024, then test the free agent market. McAvoy’s agent Michael Curran noted of the potential negotiations: “He wants to control what he can control and let the chips fall where they may.”

In other Bruins news, it sounds like Patrice Bergeron isn’t going to worry about an extension during the season. Amalie Benjamin of NHL.com reports, that the Bruins and Bergeron did have some conversations about a new deal but the player prefers to wait. He said, “I think for me, the way that I approach this year is I want to concentrate on this year. I have a year left on my contract, and I think it’d be useless of me to think about the future.”

Speculation was that the Bruins told Bergeron to simply pick how long he wanted to keep playing for the team and they would try to construct a deal around that term that would work. One has to wonder if Bergeron is thinking about retiring versus signing another deal.

The Pittsburgh Penguins have announced that Crosby has undergone wrist surgery and will miss the start of training camp. He is expected to be sidelined for a minimum of six weeks. GM Ron Hextall noted: “This is not a new injury for Sid. It is something that he has played through for years. After exhausting all minimally-invasive options and much discussion, it was decided that surgery was in his best interest.”

San Jose Sharks winger Evander Kane was being investigated for allegedly gambling on his own games this past season, but the person who made the claim against him (his ex-wife, Anna) can’t be reached for comments or interviews by the NHL. This has stalled the investigation. On top of that, Front Office Sports reported that no betting trends or abnormalities appeared in Sharks games which suggests that there’s no evidence to support the idea that he was wagering heavily on games he was invovled with.

Kane had quickly denied he had bet on any of his games, citing his high level of production as evidence it wouldn’t make sense.