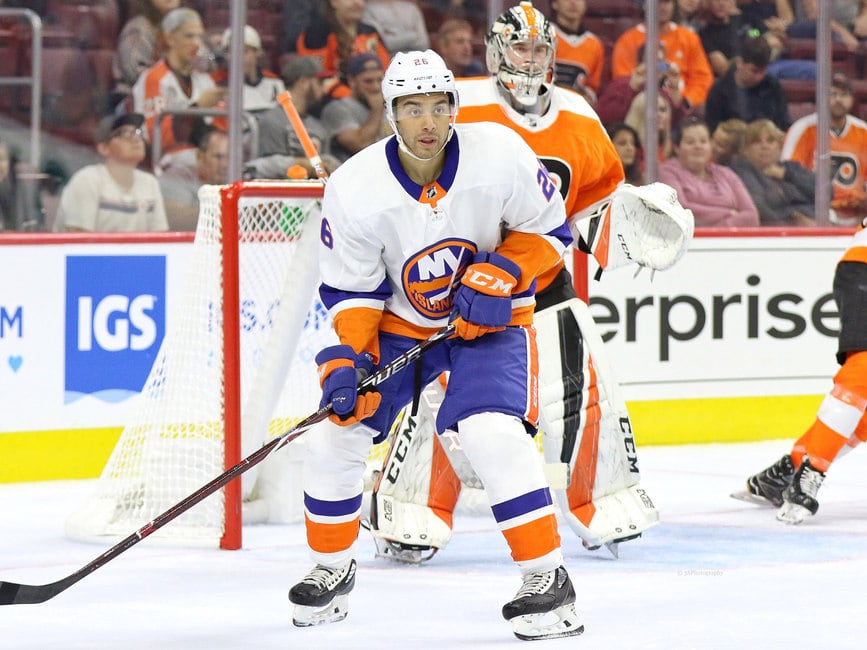 In this edition of Toronto Maple Leafs’ News & Rumors, I’ll share news that the NHL has agreed to send players to the Olympic Games in February 2022. I’ll also look at what Maple Leafs’ players might play for their respective teams.

Second, I’ll share a recent interview that Nick Foligno had with Sportsnet where he spoke about his time with the Maple Leafs. Finally, I’ll speculate about Josh Ho-Sang’s PTO with the team and consider why Toronto might be a perfect place for the youngster to land as a potential NHL player.

Item One: Five Maple Leafs’ Players Who Will Make Their Olympic Teams

We knew it was coming, but the NHL and the NHLPA finally announced yesterday that it would be sending players to the Winter Games in Beijing in February 2022. How interesting will it be to see Team Canada play Team USA and have the Maple Leafs two best players skating against each other when Team Canada’s Mitch Marner goes up against his Team USA’s Auston Matthews. Certainly, Matthews and Marner are locks to make their country’s Olympic teams.

There are also a number of other Maple Leafs players, aside from Marner and Matthews, who’ll suit up for their country’s Olympic teams. Two Maple Leafs’ players on the edge but perhaps looking in are Morgan Rielly and John Tavares. As well, I’m a fan of considering T.J. Brodie as a potential Team Canada member as well as, to a lesser degree, Jake Muzzin. The problem is that there are tons of great Canadian defensemen and I’m not sure any Maple Leafs will make the cut.

Matthews will make Team USA for sure, but is there a chance defenseman Justin Holl might also make it. He’s solid. And what about goalie Jack Campbell? We’ll see.

Team Sweden is interesting because I read that William Nylander wasn’t a player invited to Sweden’s preliminary camp in Stockholm to choose its team for the 2022 Olympics. There were 27 players invited, but Nylander wasn’t one of them.

The other invitee might be defenseman Rasmus Sandin. Sandin has done well on the international stage, albeit at the junior level. Still, he’s a player to watch out for.

Item Two: Foligno Proud of His Time with the Maple Leafs

During a recent Sportsnet interview, Nick Foligno spoke about his brief time with the Maple Leafs. Foligno was proud of his time in Toronto; however, he also reported he was ready to move on. The rumor was that the Maple Leafs wanted him, but more as a mentor than a full-time player. Foligno declined because he still believed he had gas left in his tank.

Sadly, Maple Leafs’ fans will rightly point to the Foligno trade as an utter failure. It seemed like a good idea at the time; in fact, it was the Maple Leafs’ biggest addition. In renting Foligno, the team was trying to add leadership, experience, versatility, strong playoff defense, and some additional grit the team hadn’t shown during recent playoff series. Once again, another Maple Leafs’ plan failed.

In the end, from Foligno’s perspective, he “loved every minute of my time in Toronto and I think that’s the bittersweet part.” He was sorry that he “was just dealing with a really bad back injury that was debilitating.”

In the end, Foligno reported that he had “nothing but great things to say about that time (with the team). That’s why it stung so much. I’m sure the fanbase feels it just like we do. That’s a group that really felt like they were ready — we were ready — to take another step. We didn’t get it done and that’s on us and now they’re looking to make amends on that. It’s a really good group of guys and a team I feel privileged to have played with.”

Item Three: Josh Ho-Sang Might Have Landed Well in Toronto

Although no contact has been signed, did Josh Ho-Sang land well with the Maple Leafs’ organization? First, there’s a huge hole to fill at left-wing on both top-six lines. If you think about it, having a PTO with the Maple Leafs could be a dream come true for a potential NHL player with skills to burn but who hasn’t yet developed. Ho-Sang is a puzzle, but one with potential.

If you’re Ho-San and you came into this preseason with some fire in your belly, there’s a chance you could build a future in a big market team with a history of rewarding its strong young players. What we know is that Ho-Sang has skill. What we don’t know is if he has drive. If he comes into Toronto like Galchenyuk did last season, he could revitalize his career.

As Kyle Dubas noted, the Maple Leafs really have nothing to lose.

Recently, the Maple Leafs hired coaches who are steeped in player development. They include Ryan Hardy, Dean Chynoweth, and Spencer Carbery. Each new coach has a background in player-development. In short, this organization could be a good place for Ho-Sang to have landed.

Ho-Sang’s signing as a PTO means that he must earn a contract. If he’s good enough, he might gain a spot at the left-wing playing with either Matthews or Tavares. Even if he doesn’t make the Maple Leafs’ roster out of training camp, if he makes an impression, he could become this season’s Galchenyuk. In fact, it wouldn’t be bad if Ho-Sang were to get a chance to work the Maple Leafs’ player-development staff.

What’s Next for the Maple Leafs?

Obviously, Maple Leafs’ fans have to hope Ho-Sang can experience a renaissance in his talents. If it can, the Maple Leafs could gain a skilled and speedy play-maker with good puck retrieval. They sure appreciated that part of Zach Hyman’s game. The question is whether Ho-Sang can take advantage.

I mention player development again because I keep working backward from the Maple Leafs’ coaching hires to speculate about the organization’s plans for the near future. Logic would suggest that the organization’s seeking to develop the young players in its system over the next while. As a fan, I’m excited by those prospects (pun intended).