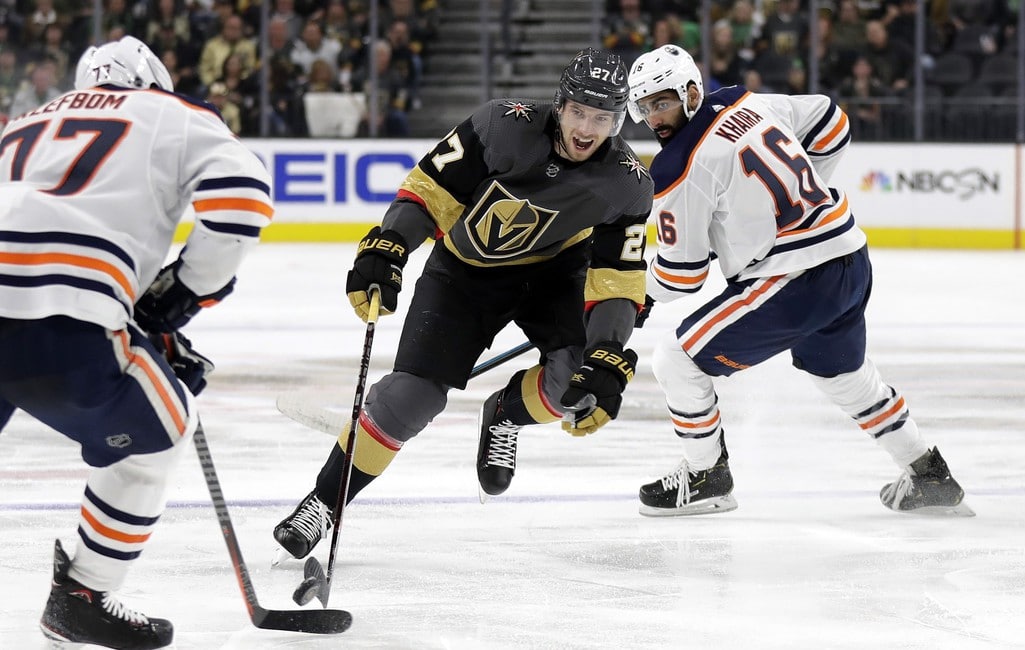 Hockey fans everywhere rejoiced on Friday afternoon, as the NHL and NHL Player’s Association (NHLPA) came to a formal agreement, allowing NHL players to participate in the 2022 Olympic Games this winter. I know I am not alone when I say that I had longed to see NHL’ers back in the Olympic mix once again. Some of my fondest memories as a young child were watching Team Canada dominate the Olympics (especially in 2010).

Now this reminiscent memory will come to fruition once again, but now that I deliver content on the Vegas Golden Knights it got me thinking: “Which Golden Knights can make an impact in the Olympics?” That is what we will be looking at today in this article, as we will sift through the lineup of this Vegas hockey squad and determine who can be a big player in their national teams’ Olympic success. Without further ado, let’s jump right in.

How lucky are we as Golden Knights fans that the first pair of defenceman on the projected Olympic roster of the Canadian team is our very own Shea Theodore and Alex Pietrangelo. The two defenseman are no strangers to international play, as Pietrangelo was part of the Canadian Olympic team that captured a gold medal in 2014, as well as Theodore being part of the 2019 World Championship team that captured silver.

Coming in as the top D-pairing is a huge responsibility for these two, but due to their experience, and Theodore’s growing comfortability with his offensive game, I can see them really being a force to be reckoned with come February. It also doesn’t hurt that they have chemistry from being on the same team.

The captain of the Golden Knights will have to settle for any spot given to him on this Canadian team, as they are once again stacked to the hilts with superstar talent. Stone is slated to be on the wing for the third line, playing alongside Brayden Point and Jonathan Huberdeau.

The Winnipeg, Manitoba, native has represented Canada most recently in the 2016 and 2019 World Championships, where he totaled a superb 24 points in 20 games over the two tournaments. With Stone coming in on the third line, I can see him being that energy-spark for this team — someone who can inject some intensity when it is needed. Either way, you know a team is good when you have Mark Stone on the third line. Insane!

The Golden Knights’ marksman is projected to be occupying the right side of the fourth line of the equally potent U.S. Olympic team. He may be an ace when it comes to potting goals in the NHL, but when it comes to international play, Pacioretty has struggled.

With only one point (an assist) in eight games representing the U.S. in World Championships and Olympic Games (2014), it’s safe to say he has underachieved on the international stage. With a new playing home in Vegas since the last Olympics, maybe Pacioretty will find an extra jump in his step and contribute more to this team than he has in the past. All we know for sure is that it will be interesting to see the dynamic of a U.S. team with Pacioretty on the final line.

The player known adoringly as “Wild Bill” to Golden Knights fans, Karlsson will be manning the third center role on an equally impressive Swedish Olympic team. With names such as Mika Zibanejad, Nicklas Backstrom and Elias Lindholm being thrown into the center mix, it’s no surprise Karlsson only finds himself on the third line.

Karlsson may not have a ton of experience representing Sweden on the international stage, but as that old saying goes, “It’s about quality, not quantity.” In his only senior appearance with the Swedish international team, Karlsson captured a gold medal at the 2017 World Championships. With his soft hands and knack around the net, I can see him being the x-factor for this Swedish team.

This should come as no surprise to hockey fans. With the “King” (Henrik Lundqvist) retiring earlier this summer, we all knew the torch would be passed on to the next best Swedish goalie in the NHL; our very own Robin Lehner. Lehner is coming off an “up and down” season with the Golden Knights, and will look to cement his superstar goalie status with a great showing at the Olympics.

This will also be Lehner’s first time representing Sweden on the international stage in his career. Hopefully that saying “beginner’s luck” applies to Lehner as he tries to guide Sweden to a gold medal.

Last, but certainly not least, who can forget Sven Baertschi, who is also relatively new to representing his home country on the international stage. Baertschi is slotted to occupy a spot on the third line, so look for him to inject some “juice” into the Swiss team.

With it already being September (I know, time flies) we only have to wait another six months until our beloved Olympic hockey is given back to us for our viewing pleasure. No matter what happens or who wins, I wish all the players a safe Olympics and hope they have just as much fun as we have when watching.

Michael Vidakis is a Montreal native who writes for the Vegas Golden Knights team here at The Hockey Writers. In his spare time, he enjoys the finer things in life such as Jean-Claude Van Damme movies, staring aimlessly outside windows and tangerines.