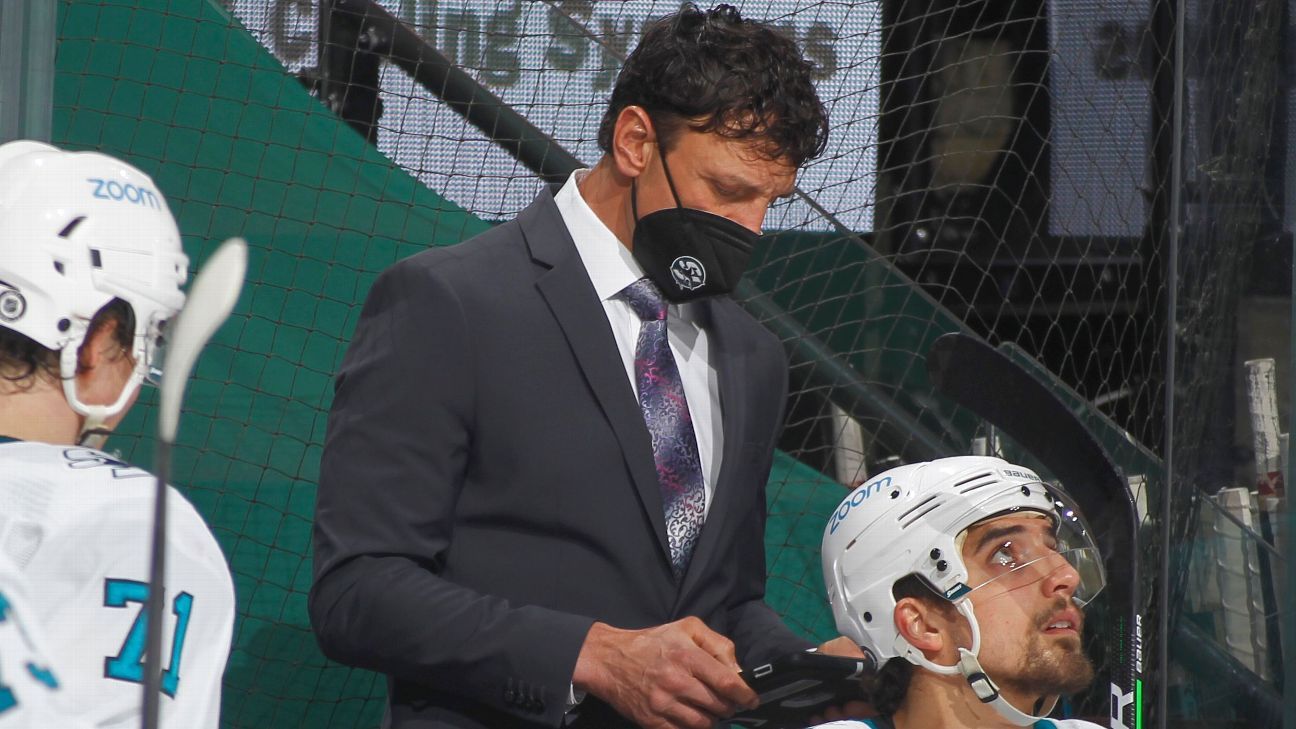 San Jose Sharks associate coach Rocky Thompson is stepping down from his role due to a medical exemption that prevents him from receiving a vaccination for COVID-19, the team announced Friday.

“Under the new League protocols, I am not permitted to fulfill my duties on the Sharks coaching staff at this time,” Thompson said in a statement. “I will have no further comment on this matter.”

NHL protocols for the 2021-22 season state that any person whose job or access requires them to be within 12 feet of players must be vaccinated for COVID-19. The league released protocols Thursday that said unvaccinated players on the road will not be able to go anywhere except for the team hotel, practice facility and arena, among other restrictions.

Thompson joined the Sharks coaching staff in 2020 after previously coaching minor league teams in the OHL and AHL. He played 25 career games over four seasons with the Calgary Flames and Florida Panthers.

A league source in May had described Thompson as a “steadily rising, hot name” who would “be behind an NHL bench sooner rather than later.”