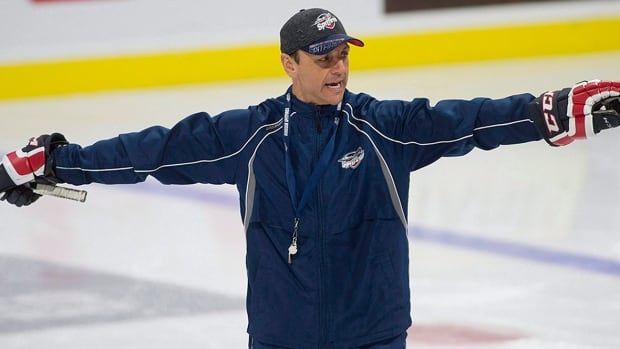 San Jose Sharks associate coach Rocky Thompson, who is unable to receive the COVID-19 vaccine due to an undisclosed medical reason, stepped down Friday.

“Under the new League protocols, I am not permitted to fulfill my duties on the Sharks coaching staff at this time,” the Calgary native said in a statement. “I will have no further comment on this matter.”

Under league rules, any person who goes within 12 feet of NHL players must be vaccinated for COVID-19.

Thompson was preparing for his second season on San Jose’s coaching staff. The Sharks plan to name his replacement in the near future.

He spent the past three seasons as the head coach of the American Hockey League’s Chicago Wolves, the top affiliate of the Vegas Golden Knights.

In 2015, Thompson succeeded Boughner as the head coach of the Ontario Hockey League’s Windsor Spitfires, and he won the Memorial Cup in 2017.

Blues Prospects: Who’s Next in Line?
Calgary Flames’ Top Regression Candidates for 2022-23
Jordan Smith added to Thunderbirds’ staff
Blackhawks, Wild to play in Milwaukee on Oct. 2
Onyebuchi excited to be back for year two