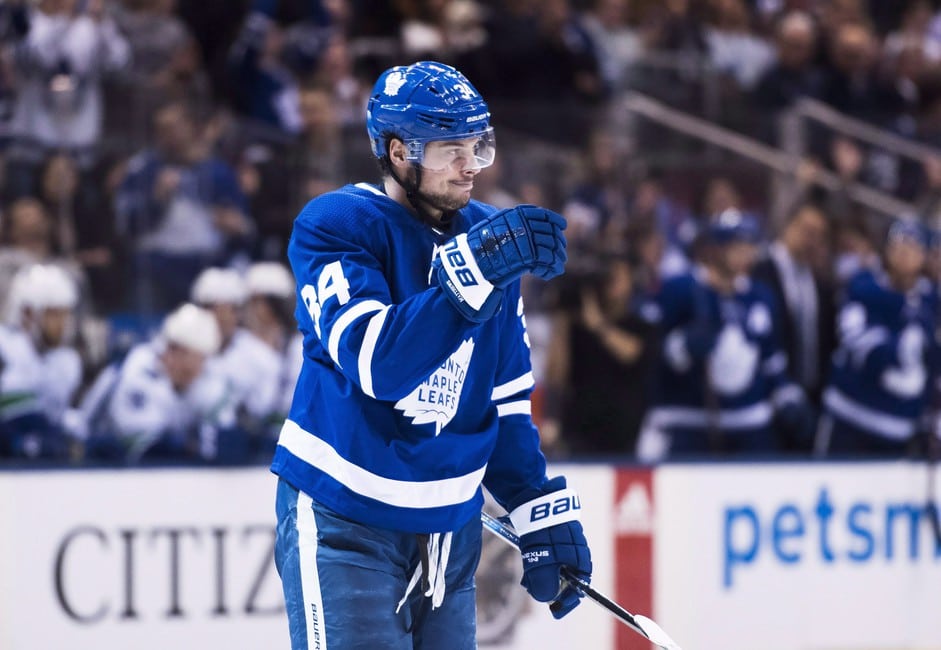 With NHL players heading to the 2022 Winter Olympics, Team USA figures to be one of the best. Beijing presents a huge opportunity for USA Hockey and the NHL.

The NHL clearly views China as an enormous opportunity with untapped economic potential. Sending its players to the 2022 Olympic Games will have a major impact on gaining a foothold in China.

But with the next Winter Games quickly approaching, what might Team USA’s roster look like? Let’s dive in.

Here’s how the United States men’s hockey team could fill out when the world gathers in Beijing for the 2022 Olympic Games:

While there are a few familiar faces like Patrick Kane and Ryan Suter, the majority of players will be participating in their first Olympics.

Remember when Team North America took the 2016 World Cup of Hockey by storm? Most of their U.S.-born forwards will be leading the United States Olympic team in a couple years. Auston Matthews, Jack Eichel, and Johnny Gaudreau highlight a deep forward group with speed to burn.

Kane is the elder statesman of the forward lineup and will likely still have some gas in the tank in 2022. He’s only gotten better since the 2014 Olympic Games and may not regress as quickly as others his age. Plus, skating with Matthews and Gaudreau will surely spark otherworldly offensive creativity.

Team USA could also have one of the most potent power plays of the Olympics. Imagine Kane, Matthews, Eichel, and Brock Boeser floating around the offensive zone – each of them capable of dishing and launching one-timers. World domination at its finest.

Finally, that fourth line could be dangerous – literally. Miller centering the Tkachuk boys will be a sight to see. There typically isn’t that much hitting and intimidation in international tournaments, but this added element—plus their offensive abilities—could be a difference-maker for Team USA.

On defense, the U.S. has a dynamic group of blueliners who could light up the scoresheet. Zach Werenski, John Carlson, Adam Fox, and Quinn Hughes are all capable of scoring 20-plus goals in an NHL regular season and can light the lamp from just about anywhere – quarterbacking a power play, sneaking in down low, joining the rush late, or just firing pucks through traffic during sustained offensive zone time.

But their contributions won’t be limited to scoring goals – this is a true possession domination team. All six starting defensemen typically suppress a high amount of chances against and can move the puck out of the zone well. Simply put, they’re smart, efficient rearguards.

In net, you could start either Connor Hellebuyck or John Gibson and be happy with the results. Both are elite goaltenders who will be even better with a strong team in front of them. And unless Spencer Knight sets the NHL on fire next season, Thatcher Demko figures to be the third goalie.

Tony Wolak is based in the Washington D.C. area and covers the Detroit Red Wings for THW. As a former junior and college hockey player, Tony has a unique perspective on Red Wings topics.