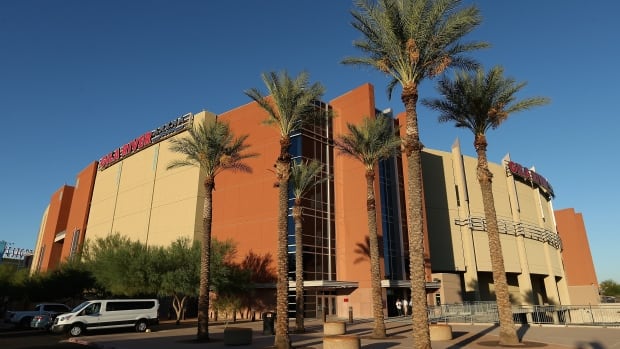 The Arizona Coyotes have submitted a bid for two parcels of a 46-acre tract of land in what could be the first step to landing a permanent home.

The City of Tempe said it received one response before Thursday’s deadline to a request for proposals issued in July for a mixed-use project incorporating a professional sports franchise and entertainment district on city-owned land near Arizona State University.

The city legally could not name the entity that submitted the response, but the Coyotes confirmed in a statement they put in the bid.

“We are pleased to have submitted a proposal to the City of Tempe,” the statement said. “As regulations surrounding the RFP process dictate, we cannot comment any further at this time, but we remain incredibly excited about this extraordinary opportunity.”

The evaluation process is expected to take several months and will include extensive examinations, with opportunities for community feedback.

The Coyotes had been leasing Gila River Arena on an annual basis since the Glendale City Council voted to opt out of a multi-million-dollar long-term deal in 2016. The City of Glendale announced last week that it will not renew its agreement with the franchise beyond the 2021-22 season.

The Coyotes have played at Gila River Arena since moving from America West Arena, which they shared with the NBA’s Phoenix Suns, in downtown Phoenix in 2003.

Owner Alex Meruelo has said he plans to keep the Coyotes in Arizona. The franchise is searching for a temporary home for after the 2021-22 season.

Arizona Veterans Memorial Coliseum on the Arizona State Fairgrounds could be a possibility. The arena, which opened in 1965, hosted the NBA’s Phoenix Suns and the WHA’s Phoenix Roadrunners and an assortment of minor-league hockey teams. It seats 13,730 for hockey.

Coyotes 2022 Offseason Player Reviews: Conor Timmins
3 Capitals Who Must Step Up in 2022-23
Flames Not Focused on Final Years of Huberdeau Extension
10 Reasons Why the Oilers Are Stanley Cup Contenders
Hurricanes re-sign Lajoie for 2022-23