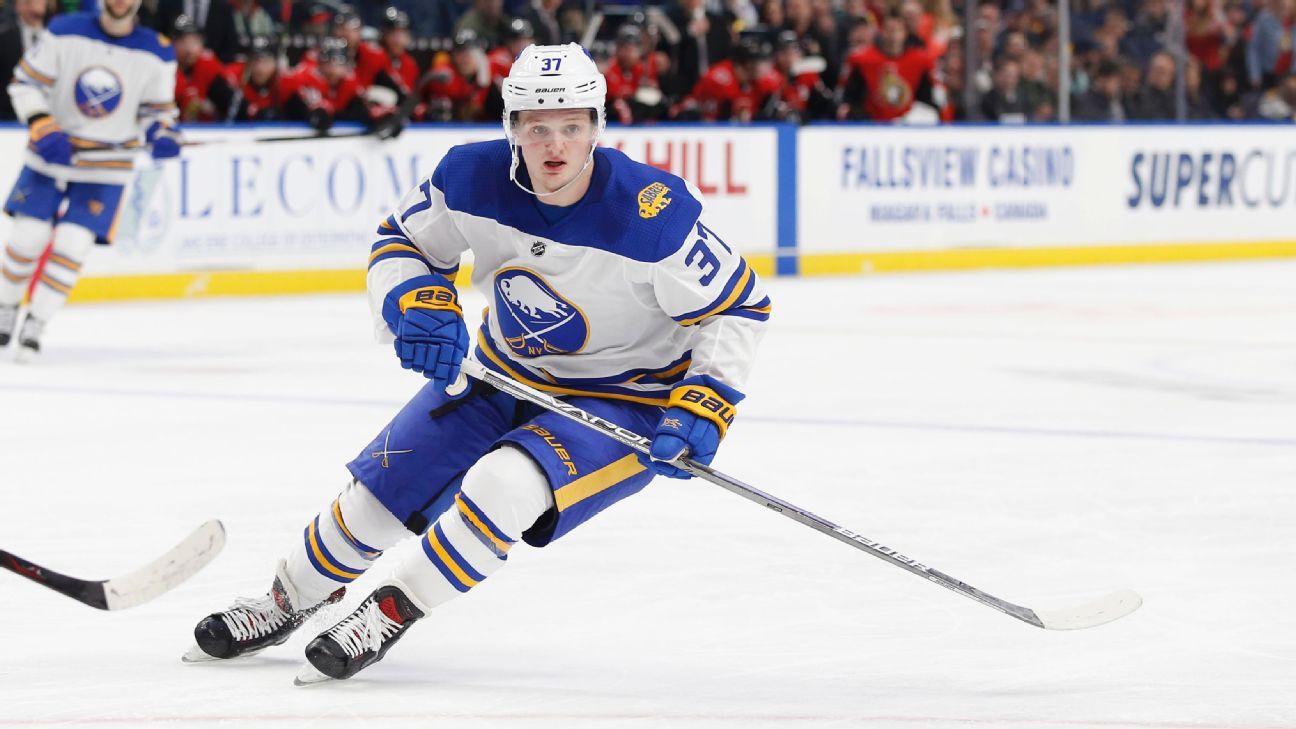 Mittelstadt, a restricted free agent, was selected in the first round of the 2017 draft. The 22-year-old from Minnesota overcame early career inconsistencies to finish third on the Sabres with 10 goals and fourth with 22 points in just 41 games last season.

That’s a jump from 2019-20 when his struggles led to Mittelstadt being demoted to the minors.

Used sparingly to open last season, Mittelstadt saw his production jump when he gained additional playing time after coach Ralph Krueger was fired in mid-March and replaced by Don Granato, who has taken over on a full-time basis.

Overall, Mittelstadt has 27 goals and 61 points in 155 career games.

Mittelstadt is considered part of a young core the Sabres hope to build around following an offseason in which the team traded forward Sam Reinhart and with captain Jack Eichel’s status uncertain. The Sabres are attempting to trade Eichel due to a rift over how to treat a neck injury that has sidelined him since March.

Minus Eichel, Mittelstadt would be counted upon to take over as the team’s second-line center, behind Dylan Cozens, who is coming off a promising rookie season.